Fishing Close to Home During the Pandemic

The author finds a sense of place in an overlooked, and nearby, creek 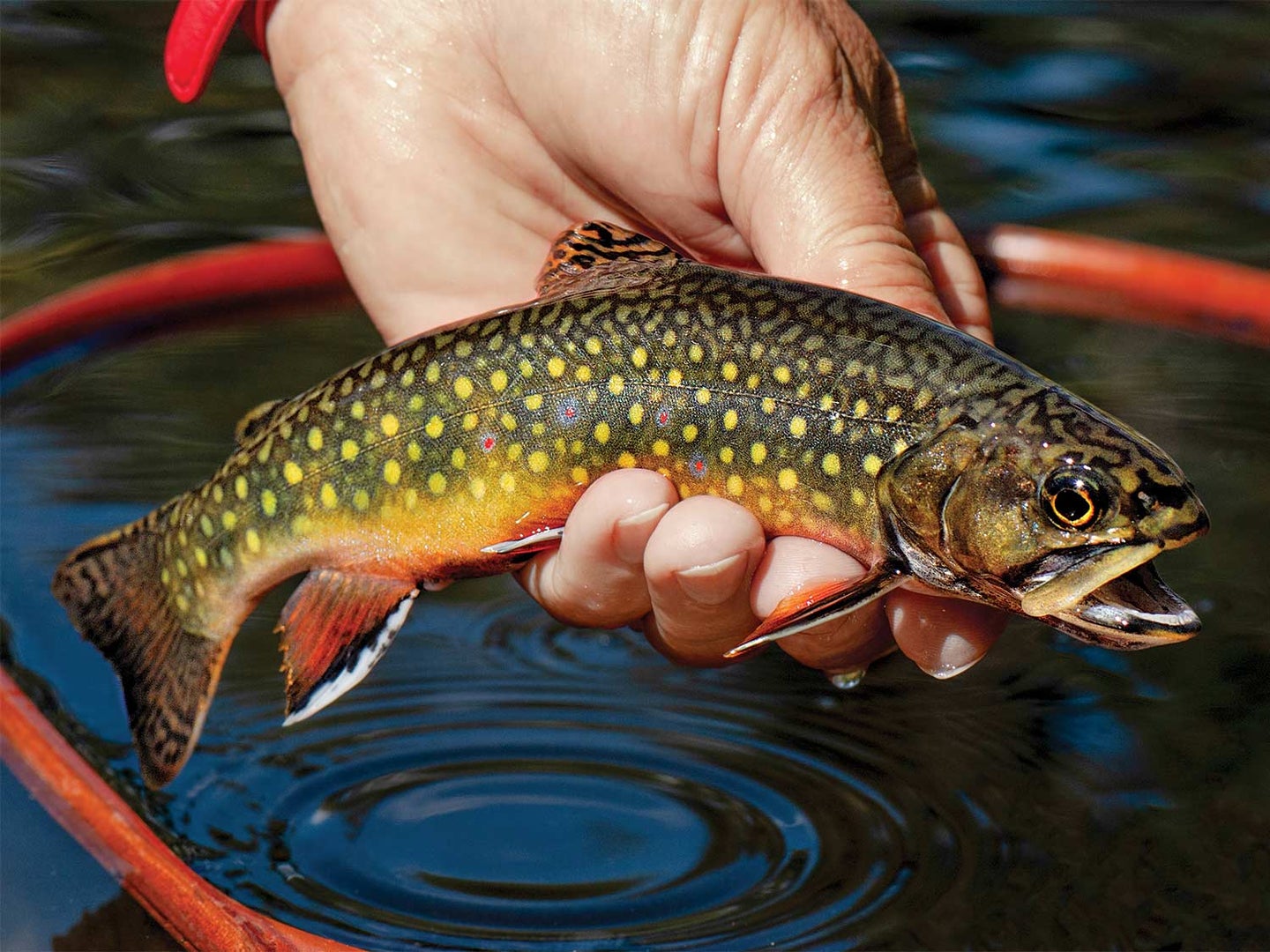 A small trout, caught in a wild, unspoiled setting, can be an enormous source of escape and relief. barry & cathy beck
SHARE

I caught the first fish in a small pool that clung to the rock face like lichen, 15 feet below the top drop of a double waterfall, just before the creek plunged over a 120-foot cliff. I was simply messing around as we took a breather before the trail’s final descent to the bottom of the gorge. Nothing could live in there, I’d figured, as I halfheartedly rolled a yellow Sweat Bee into the hole.

The fly held less than two seconds on the edge of a foam line before a little trout smacked it as if it were the last piece of a pizza at a frat party. The trout ping-ponged around the pool, with nowhere to go. I was just as surprised as the fish. It seemed incredible that a trout could live in this crack in the cliff. The fish must have washed down from upstream at some point, and unless high water swept it over the ­waterfall—a ride it likely wouldn’t ­survive—its life forevermore would be constrained by this one plunge pool hardly four steps wide. These days, we all know how that feels.

Like a lot of us, I’ve been sticking closer to home lately, although thankfully my home is just a few hours’ drive from both mountain and sea. And I’ve been charmed, tempted, and, admittedly, made a little jealous by the far-off and seemingly exotic, as I scroll through social media pics of pals in their own necks of the woods—Montana trout streams, Everglades flats, Maine grouse woods. But being yoked to home ground has led me to think more deeply about the meaning of place, and about the hard-to-put-your-finger-on-it value of familiar landscapes. And on this quick camping escape to the North Carolina mountains, I edged a little closer to the hold that home ground has on me.

From the ridgetop road, my buddy Matt Maness and I wound down the mountain on a trail that descended in long, sweeping switchbacks. When I finally got a glimpse of the creek below the falls, I could see a boulder-filled run, just wide and straight enough for a back cast. I’ve fished this part of the southern Appalachians for more than 30 years, but I’d never explored this stretch of creek. I could almost smell the trout. I looked over at Matt.

We moved downhill, into a percussive growl of falling water that rose through rhododendrons on cool currents of air. At each turn in the trail, I could see down through tall red oaks and yellow poplars. It looked untouched and primeval, but I knew that wasn’t the case. Across the Appalachians, from Alabama to Maine, nearly every slope of Eastern woodlands was once timbered, nearly every stream choked with slash and oil. A century ago, these mountains were ground down to their bones and sinews and tendons, “sucked and gutted, milked dry, denuded of its rich primeval treasures,” wrote Thomas Wolfe, who saw the destruction firsthand.

Yet today, there’s a sense of forgiveness in these deep gorges and hardwood mountain coves, as if the forests have pardoned, for the moment, the sins of their oppressors. The towering forest over our trout creek disguised the sawn stumps that moldered below. Trails that lead to many remote Appalachian trout runs or grouse coverts often follow the beds of long-gone logging roads. In the West, the value of wild places is partly writ in their expansiveness, their primal untouched qualities, the distance from the nearest hard road. But in these ancient mountains, beauty seems to root itself to an inextinguishable faith in the healing power of time. Wildness here is a deep, enduring temperament, not a metric measured by the mile. Hang on, these mountains seem to say. Have faith.

Matt and I traded runs until thunder grumbled over the ridge and the water started to rise. With time running out, I climbed toward a large pool hemmed in by a giant boulder slab that nearly spanned the canyon floor. With the fly rod in one hand, I felt with the other for fingerholds in rock smoothed by 12,000 years of moving water while my felt soles skittered on old-growth rock lichen. My first three casts went ignored, but I knew there were fish to be had. When a small yellow caddisfly zipped by my face, I downsized my fly pattern with the yellowest caddis in the box. Fish in these remote freestone streams aren’t typically so picky, but fish tend to tell you how picky they want to be.

On the next cast, a wild brown trout slurped the fly. This fish had plenty of places to go, and plenty of line-breaking logs and ledges under which to hide. I steered it clear of the gnarly stuff three times, babying the light tippet, then cradled the wild, 10-inch trout in my hand as I backed out the hook.

When the trout slipped from my fingers, it held in the slow flow of the tailout, then darted upstream ­toward a mossed-over boulder that jutted like a gray-green knuckle into the pool. The fish knew exactly where it wanted to be. The trout finned to hold itself steady in the main flow of current, then slid sideways and out of sight. It was back in its place, and I turned around and headed downstream, searching, more intently than ever these days, for mine.