How to Fish for Bass Using the Tokyo Rig

This Japanese-inspired rig is remarkably effective and versatile 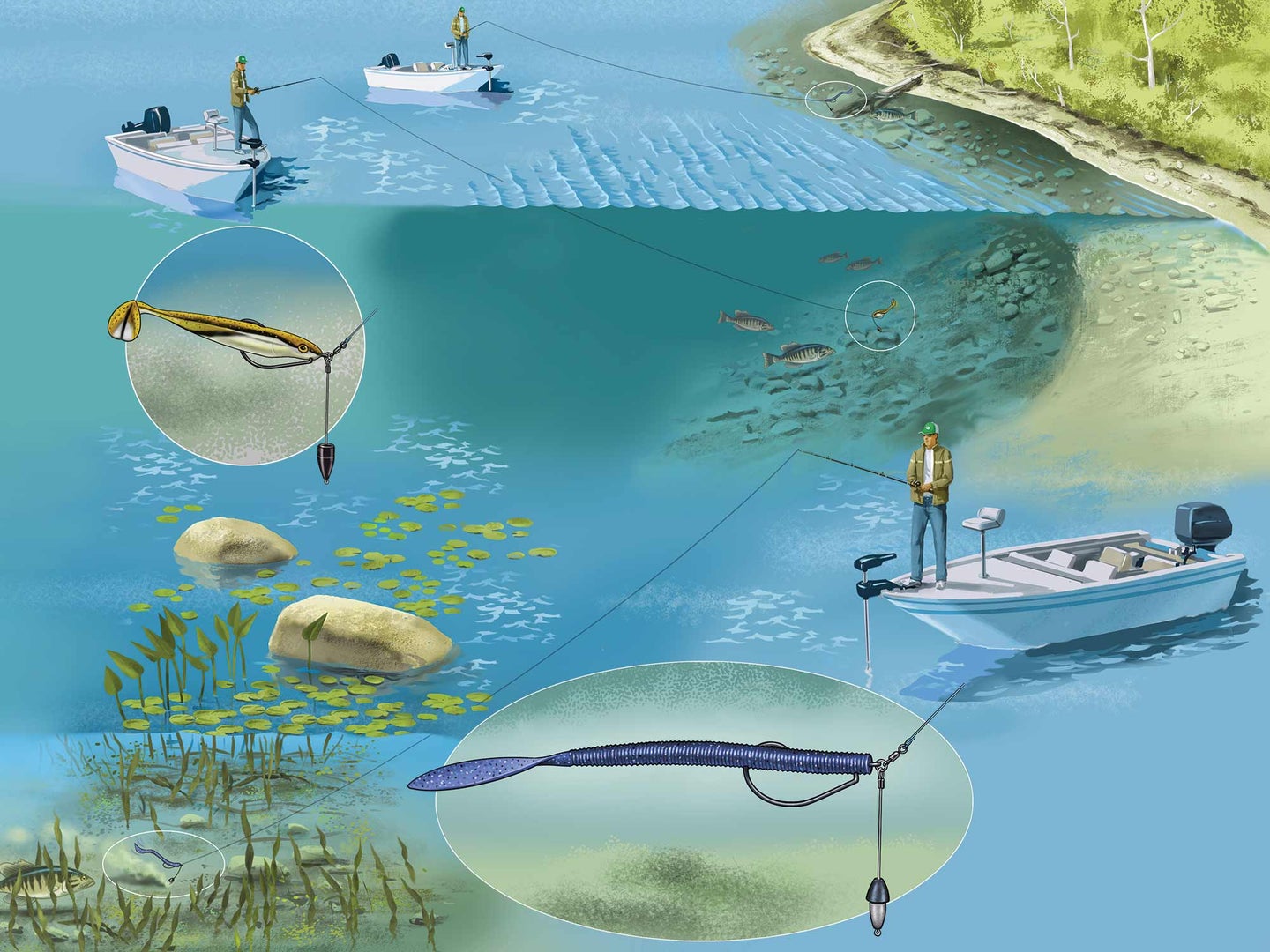 The Tokyo rig may be the hottest soft-­plastic presentation in stateside bass fishing right now, but it’s not new. Leadered punch-shot rigs have been a thing in Japan for a while. It wasn’t until VMC debuted a commercial version at the 2018 ICAST show that the rig began to catch fire here.

“There’s something about this rig—it just gets bit,” says Bassmaster Elite Series pro John Crews. “Plus, you can fish it in almost any cover, at any depth, any time.” Unlike a standard Texas rig, the Tokyo has a wire dropper that keeps the bait off the ­bottom and separates the weight from the hook, which gives your soft plastic total freedom of movement and makes for better hookups. Unlike a drop-shot rig, it attaches to the line via a closed ring. “That lets you use a heavier line without impeding that great action,” says Crews.

Here are the pro’s top Tokyo-rig presentations for pulling bass from weeds and rocks, shallow and deep.

Cast a Tokyo-rigged worm or soft-plastic craw to shallow rocks and wood. Tick it along the bottom and bounce it off logs and branches.

When largemouths or smallies are holding deeper over a hard bottom, the Tokyo rig is great for covering water quickly. Launch a swimbait, and drag it back over structure with a steady retrieve.

Pitch a Tokyo-rigged worm into or around matted weeds or lily pads in shallow water, then slowly hop the bait along the ­bottom or shake it in place.

Crews will switch to a swimbait like the Missile Baits Shockwave for dragging deeper structure. “There’s no wrong way to rig it,” he says. It just depends on the cover and depth. “One rule of thumb I’ve learned is to use almost double the weight you would with a standard ­Texas-rigged worm.”

Crews created the new Missile Baits Quiver 6.5 soft-plastic worm specifically for the Tokyo rig, and it’s what he reaches for in most situations. “The bait is three times longer than the hook, which makes it ­undulate underwater, and the superthin tail is made to flutter with the slightest twitch.” He matches it with 17- to 20-pound fluorocarbon and two opposing 1⁄8- to 1⁄4-ounce tungsten weights.

The solid-ring hook attachment gives the bait total freedom of movement, and the open-ended wire dropper allows you to add and switch weights as needed, with pliers.

Naturally, Crews prefers the one with his name on it. But any 7- to 7½-foot medium-heavy worming rod is a good choice.

Crews likes a high-speed reel for Tokyo-rigging, and this one is lightweight, compact, tough, and surprisingly affordable.