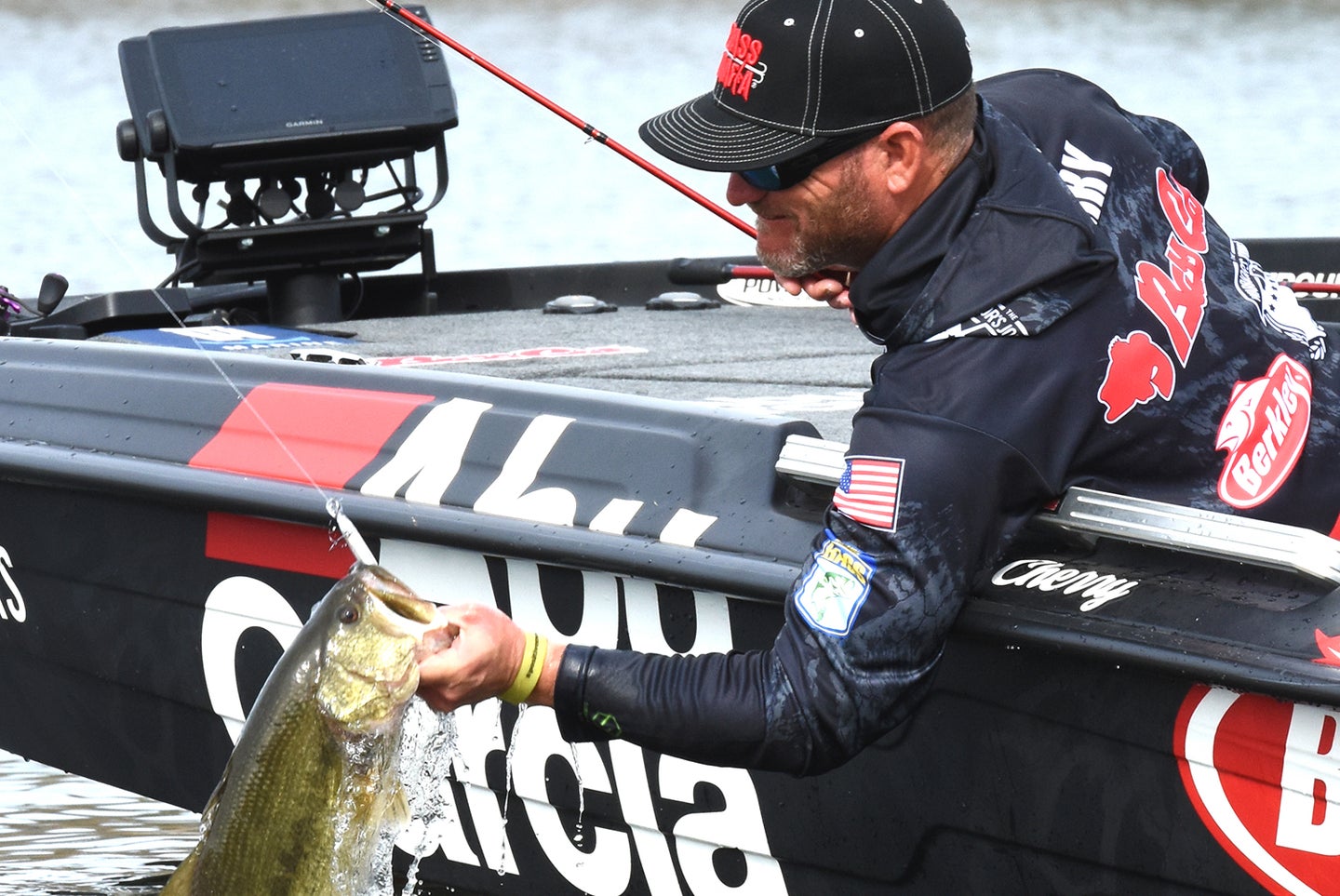 The first hint of spring’s warming weather gets bass anglers going because it gets bass moving toward shallow water, where they’re more accessible. However, they’re not necessarily easier to catch.

Even pros admit they often have problems locating and catching spring bass. That’s why most of them keep notes on how they do it. Here, five of America’s best bass anglers, including the current 2020 Bassmaster Classic winner, share their top spots and favorite tactics for finding and catching bucketmouths now.

“Mud lines along wind-blown banks are excellent places to catch spring bass,” says Hank Cherry, who won the 2020 Bassmaster Classic in March. Fish will often hunt and feed aggressively in this off-colored environment, and the pro uses crankbaits, bladed jigs, spinnerbaits, and standard jigs to take advantage. “Usually, when you find one fish along a mud line like this, you’ll find others and will get multiple bites.”

A second favorite spot of Cherry’s for big early bass is floating docks. “Bass will use these for cover during all phases of the spawn,” he says. “You can fish them with a variety of baits, depending on the spawning phase, but two of my favorites are jigs and a weightless, whacky-rigged worm or stickbait. Just skip the bait beneath the floating dock, and let it settle.” Most bites will come on the initial fall. “It’s a very easy presentation that can produce incredible results.”

“Even when water temperatures are still in the low to mid-50s, I look for bass around stumps, flooded trees, laydowns, and brushpiles in coves where the fish will later spawn,” says Texas pro Gary Klein. “This type of cover provides enough protection that the bass can suspend near the surface, where the water is warmest.” Without such places to offer security, the fish will often stay deeper.

“I usually target the northwest shorelines in protected coves, using either a buzzbait with a slow retrieve or a jig, depending on how the fish are acting. Frequently, the bite gets better as the day progresses.”

“Bass often stop at points during their migration into shallow water,” explains Arizona pro Mark Kile, “especially if it’s the last structure they encounter before reaching their spawning flats. If a point features good cover, it will be even more attractive to them, and you may find several bass in one spot.”

Kile fishes plastic worms, lizards, and tubes, letting the lures just fall to the bottom before picking them up right away for another cast. What’s surprising, he says, is that the fish are often in water less than 10 feet deep.

4. Look for bass along submerged ditches.

“Bass use small drainages as migration highways,” says Larry Nixon, an Arkansas pro who competes in both FLW and B.A.S.S. events. “These routes may be only a foot deeper than the surrounding flat, but that’s all the fish need.

To find ditches, Nixon slowly crosses potential spawning coves while closely watching his depthfinder. “Once I locate a ditch, I’ll typically follow it toward deeper water, but if I don’t catch anything, I’ll turn and head shallow. I concentrate on bends, intersections, and depth changes. Jigs, plastic worms, and even crankbaits can score well,” he says.

Terry Baksay, an FLW pro based in Connecticut, finds fish on rock piles, old rock fences, and long riprap walls. “These spots give bass the option of vertical movement as water temperatures change. Normally, I can find fish within 15 feet of the surface.”

He recommends hitting the outer points of rocks (such as those commonly found near dams or bridges), or wherever the rocks form a sharp angle or indentation. His favorite lures include deep-diving jerkbaits, crankbaits, and plastic tubes, which allow him to cover different depths. He casts parallel to the rocks and bumps them with his lure during the retrieve.

Any of these five hotspots can remain hot from early spring right through the spawning period—so be sure to jot each of them down in your own bass playbook.