Pro Fly-Tying Tips to Save Time and Fill Boxes 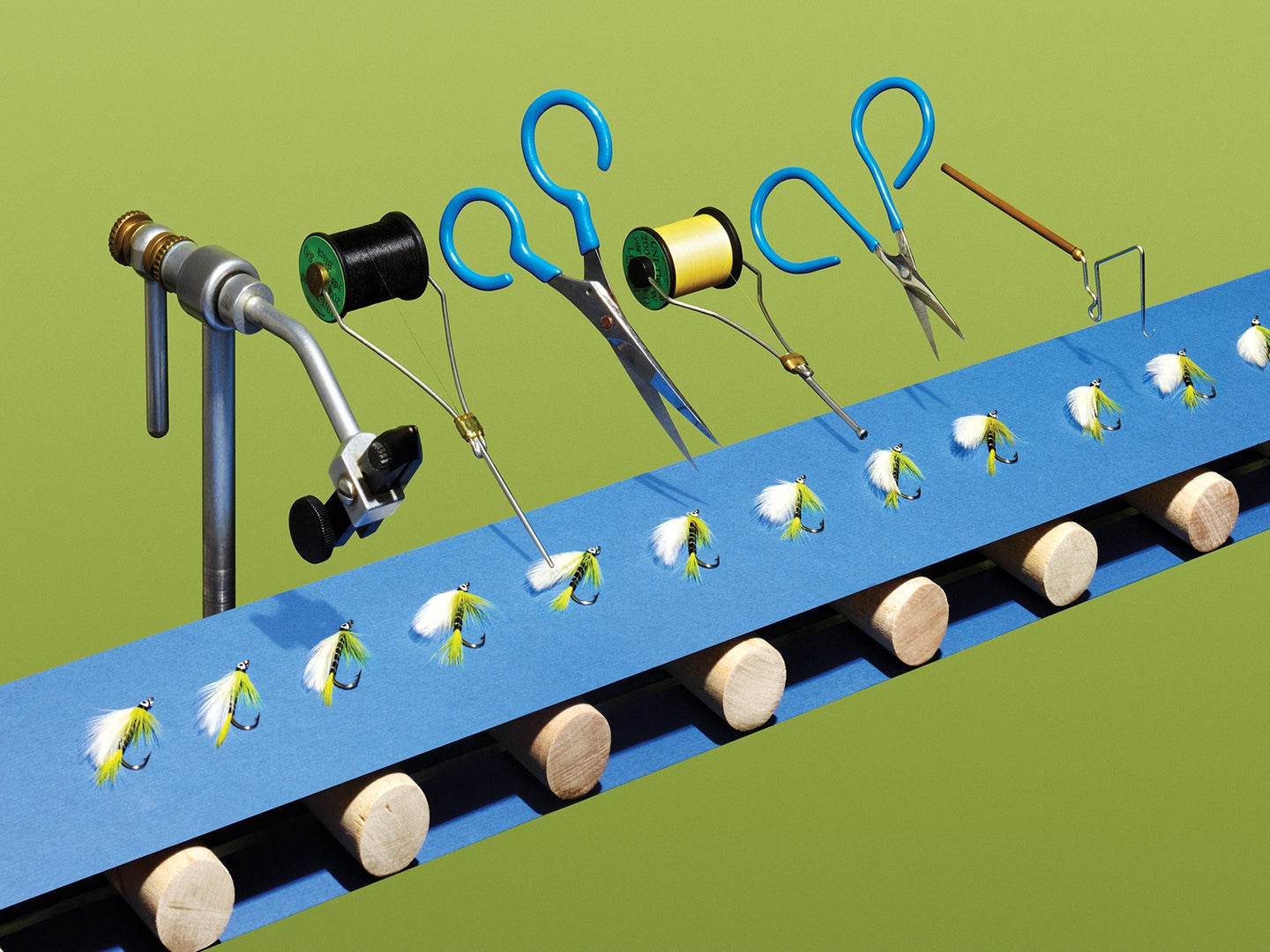 Fill your box by spring with these quick-tying tips.. Dan Saelinger
SHARE

You sit down at the vise on a cold winter night with the best intentions: After a few hours—and perhaps a few beers—you’ll have easily knocked out two dozen Buggers, Adamses, or Copper Johns. By spring, your fly boxes will be teeming. Then comes reality. Between distractions from the kids, restarts on a couple of flies, and spending 10 minutes looking for that hook you dropped, you are lucky to have three bugs completed in one sitting. It’s happened to me countless times, but for production fly-tiers Mike Schmidt and Aaron Letera, the shortcomings of hobbyists are not an option. Combined, these two burn through nearly 30,000 hooks a year to fulfill their orders. For Schmidt and Letera flies are money, and to produce that kind of volume, you have to be very fast and incredibly efficient.

Although you will likely never tie half as many patterns as they do in a year, you’ll be shocked by how quickly you can knock out a dozen flies using a few of their tricks, even during those short vise sessions squeezed in between bouts of daily life.

Letera ties a variety of patterns, but the bulk of his orders are for steelhead flies. He can spin a simple egg in 30 seconds. More impressively, he can tie one of his signature woven nymphs—a style many tiers find difficult—in a minute and a half. The key to that speed has less to do with tying ability, and more to do with prepping materials to create an assembly line before taking wrap No. 1. Hunting for a material before each step? That doesn’t work.

“Based on the size of the hook I’m using, I know just how many inches of floss I’ll need to weave the body,” Letera says. “I cut it all ahead of time and lay out each piece. I’ll put all the heads on the hooks first, and then tie on the antennae and anything else I can that goes on before the weaving.”

According to Schmidt, who’s best known for his large articulated streamers, this assembly-line style of tying also creates consistency, which ultimately equals more fish on the line.

“My vise is my ruler,” Schmidt says. “I know exactly how far a feather should extend for a 6-inch fly or an 8-inch fly. Being consistent matters, because if you tie a fly exactly the same way every time, they will all swim the same. If you tie them differently, you won’t know what to change if some of them don’t swim correctly.”

Fly Tying Hacks to Save Time

Both Letera and Schmidt call a day productive when they’ve finished six dozen flies. To achieve that daily goal, time management is critical, and because seconds are precious, these two beat the clock with methods the average fly-tier might never consider. Perhaps the most important trick is never putting your scissors down (see “Snip Grip” for Schmidt’s technique).

“I walk around the house with my scissors in my hand all day,” Schmidt says. “I’ll forget they’re even there, I’ve gotten so used to it. Tying without ever putting your scissors down takes practice, but it saves a lot of time.”

Letera points out that the first step in learning to keep your scissors in hand is buying a quality, comfortable tool—not a dollar-store special. He also cautions tiers to mind their wraps.

“If you can get a piece of material to hold with three solid wraps, there’s no need to make any more,” Letera says. “The key is using strong thread you can pull on hard to really lock those three wraps down. My favorite thread is Veevus because it’s very tough to break.”

Use The Snip Grip

Production tier Mike Schmidt never puts his scissors down at the vise. While this can be awkward at first, you’ll save a lot of time (and finish more flies) if you can master the technique. Schmidt loops his scissors far back on his ring finger. This grip allows him to keep the scissors tight against his palm and close his hand around them, so they won’t interfere with other tools held by the thumb and forefinger. When he needs to cut, he simply slips his thumb into the other finger loop, turns his hand to the side, snips, and releases.