The Company of Stars 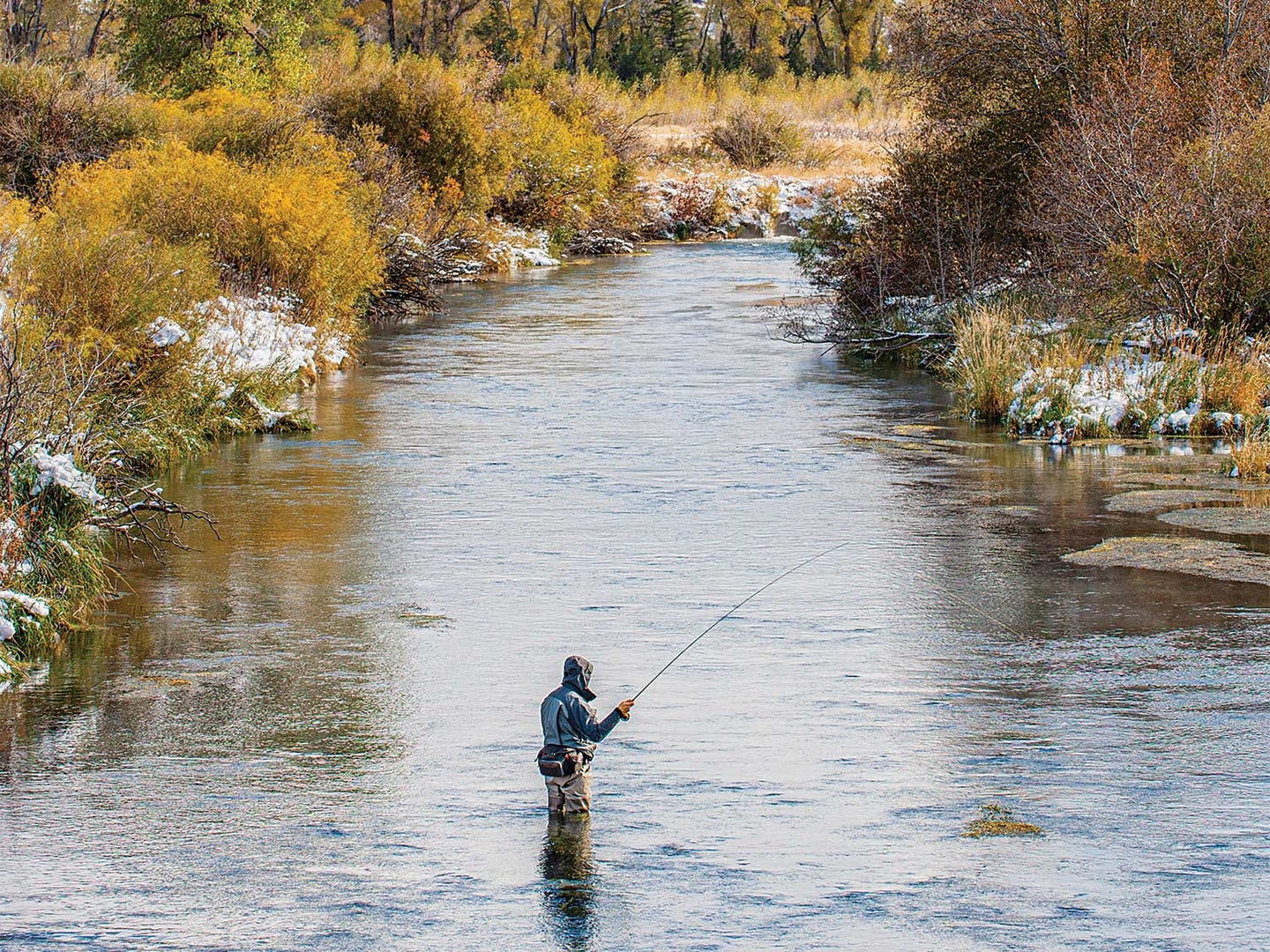 A fly angler on Montana’s DePuy Spring Creek has what every trout bum has wished for at least once—a river all to himself. Brian Grossenbacher
SHARE

Back in the days when a fly rod was my compass, I rarely found myself in a position to contemplate the stars. Nor, on most trips, did I have anyone to share my slice of heaven under them with. I would fish until dark and crawl into my sleeping bag as the first scattering imprinted upon the sky, the celestial canvas not yet that deep indigo it would later become, and by the time I unzipped the tent at dawn, the constellations would have completed their wheel and the stars lost their luster.

Had you asked me then who I would most like to share the river with, I would have been hard put to answer. My brother was cobwebbed in medical school, my friends scattered and too poor to travel, my son not yet born. It sounds arrogant to say I was my own best company, yet as my solitude was not self-imposed but rather a matter of circumstance, who else?

Today, I spend fewer days fishing than I did then, but many more hours looking heavenward. Not all are by choice. Staring at the salt of the night sky is the silver lining of a bladder celebrating 66 years and hips that ache unbearably after a few hours on the ground. I could blame the air mattress that hasn’t lived up to its name, or the cup of cocoa I shouldn’t have drunk so late in the evening. But then, if it wasn’t one thing, it would be another, and by 5 in the morning I am sitting in my camp chair before a fire down to its embers, miles from anyone and anywhere, and 6,000 light-years from the stars whose secrets I divine. What I am looking for, I realize, can never be found in the companionship of others. It is a backward turning of life’s pages that I am after—a glimpse, in a way, through the wrong end of the telescope. Somewhere in those heavens is a boy who drowned worms ­under a bobber and who made me the man I have become, and I don’t want to lose touch with him to the passing of time.

There are other reasons for my self-imposed isolation. It is a facet of human nature to compare oneself to others, and fishing trips have a way of becoming competitions, even among fast friends. The contest might have been welcome when I was 20, but I don’t need the distraction anymore, nor have I for a long time. I also largely shun the company of fishing guides, especially those for whom a day on the water has become a day at the office. To some of them, by no means all, the experience of a salmon running in fast water or a tarpon leaping higher than is possible to imagine is old hat; whereas to the angler, the experience is fresh and urgent. That urgency is a large part of what I fish for and, to me anyway, it is less compromised and most intensely felt when I’m alone.

Having said this, I must admit that I met some of my best fishing companions while deliberately seeking solitude. Mike Czaja was sleeping curled around a campfire in October after someone stole his sleeping bag. I first saw him as a lump under a dusting of Wyoming snow. We have been fishing together now for 40 years, and I know that had I not been alone that morning, our friendship would have never happened. Go fishing with a friend, and you fish with the friend and meet no one. Go fishing by yourself, and you don’t know what will happen. Or who you’ll meet. Which confuses the issue if you overthink it, which I’m afraid I sometimes do.

The river I pack into this year is deserted. Too late in the season, too few fish in the system, too much snowmelt in the upper reaches clouding the water. In the night, a train’s rumbling is the only sound beyond the undertone of the current. I’ve been up for an hour when the locomotive’s headlight crawls up the far side of the canyon, and in the darkness that follows, I walk down to the bank and dip a pot of water to boil for morning coffee. For a minute, I watch the stars swim on the surface. Then they slow to a shimmer. I am reminded of something Rumi, the 13th-century Persian mystic and poet, wrote, and about which I have long wondered: “Let the ­waters settle and you will see the moon and the stars mirrored in your own being.”

It is this illumination of the soul, which I think he is talking about, that I seek here in my solitude on the river. That and a glimpse of a boy. And a steelhead, if what they say about luck and stars is true.