The 7 Best Coyote Rifles for Any Budget

The best dedicated coyote rifle for you depends on where you live and how much you can spend. This list has something for everyone 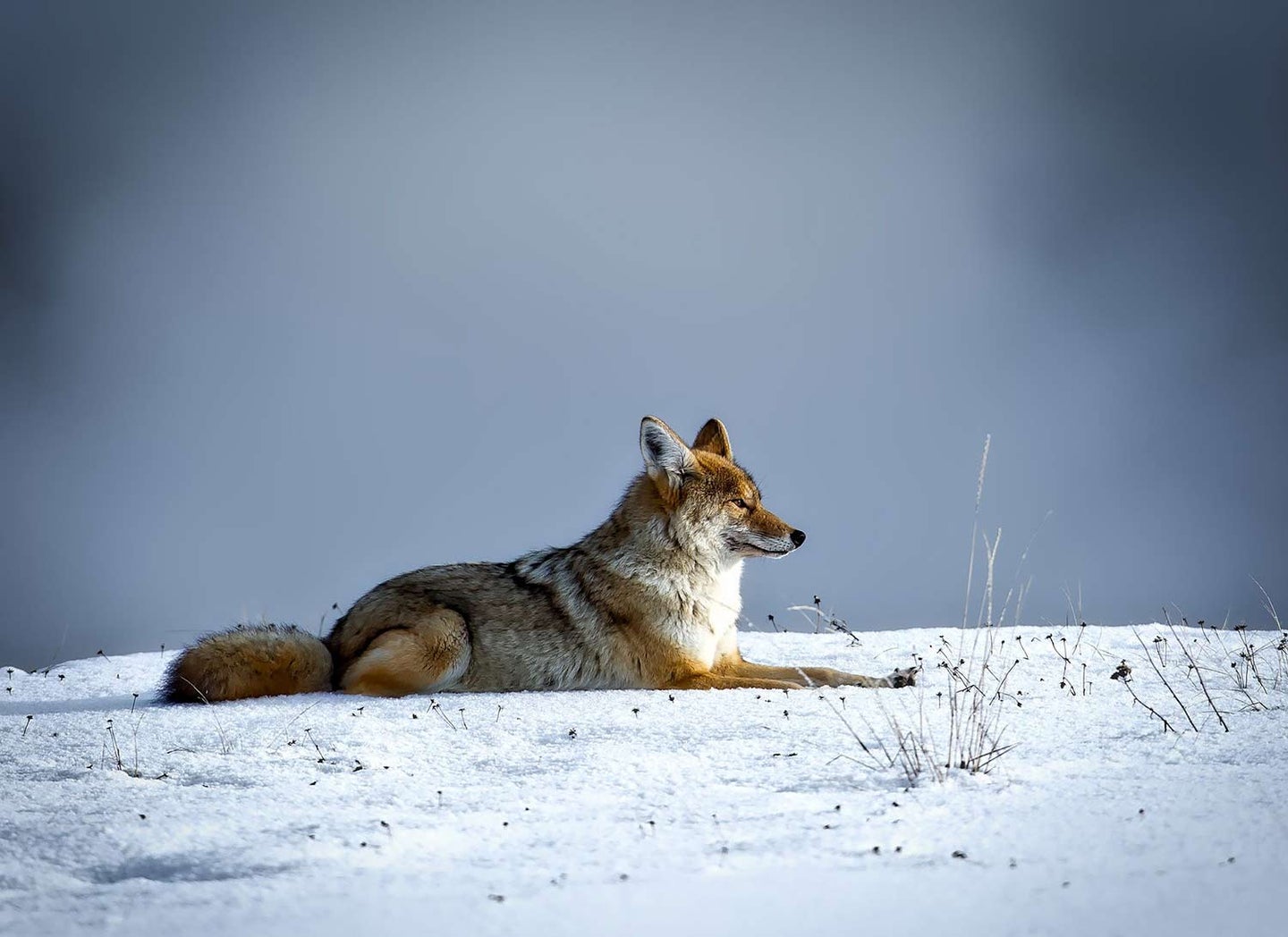 The first coyote I ever killed was shot with a Browning A-Bolt chambered for the .270 Winchester. It worked, but that’s not a gun most would consider a true coyote rifle. Because we live in a country where we can own as many guns as we want, why not specialize and have a rifle or rifles dedicated specifically to coyote hunting?

What is a dedicated coyote rifle? Well, that depends on where and how you hunt coyotes. Out West, shots can be long and plenty; I’ve seen as many as seven coyotes called in at one time. You want something very accurate that’s chambered for a long-range round. In the East, coyotes often show up one at a time and in your face. Here, a quick-handling carbine is more like it. Of course, there’s nothing saying you can only have one dedicated dog gun. A good camo finish is a plus in any coyote rifle, as is the ability to keep running in the worst weather.

Because these are special-purpose rifles, you should expect to pay a little more. You could, of course, just get one of today’s cheap-but-accurate, black-synthetic bolt-actions that’s chambered for a good predator round and call that your coyote rifle. That’s perfectly fine. But the rifles below are more purpose-built, with task-specific features that can drive the average price up a bit. That said, there’s something here for every budget.

Here are seven of the best dedicated coyote rifles you can buy; taken together, they’ll cover any and every kind of coyote hunting situation you might encounter.

If you find it at a local gun store, you can usually take this rifle home for about $500. It comes with a camouflaged synthetic stock, a five-round detachable magazine, a fluted barrel with a threaded muzzle, a Picatinny scope rail, and an adjustable trigger. All the metal surfaces are coated with corrosion-resistant Cerakote. Get in in .22-250 Remington and it will have the reach to tag a song dog at extreme range. The rifle only weighs 6.5 pounds, making it ideal for open-country hunting where you have long walks between calling locations. For a dedicated bolt-action coyote rifle, the Patriot Predator Cerakote/Strata offers the most bang for the buck.

Not all coyotes are hunted in the open country. In some locations, hunters have to find them in the timber or grown-up clear cuts. Shotguns can work great in these conditions, but they seriously diminish a hunter’s effective range. What’s needed is a compact, tack-driving, bolt-action rifle that’s also suppressor capable and ready for a rattle-can camo job. The CZ 527 American Synthetic Suppressor Ready rifle will amaze you with its craftsmanship and out-of-the-box accuracy. The rifle weighs less than 6 pounds, comes with a single-set trigger, and has a detachable magazine, integral scope bases, and a threaded muzzle. This is a quick-handling carbine that performs way above its price.

Sometimes you just don’t know what the situation will dictate. You might have to whack a coyote across the field, or shoot as the dog pops out of the brush right in your face. At one time, Savage made an ideal gun for hunting varied terrain consisting of small farmland pastures, woodlands, and brush-choked draws. It was called the Model 24 and was a break-action over/under with a rifle barrel on top and a shotgun barrel on the bottom. The ultimate combination was probably the .223 Remington and the 12-gauge. Unfortunately, the Model 24 was discontinued in 2010 but you can still find good used ones, and every serious coyote hunter should have one in their arsenal. They usually run between $400 to $800.

In every genre of hunting, there’s a small group of specialists. They’re not out to whack ‘em and stack ‘em but to demonstrate hunting at its highest level. They sneak in, get close, and make their kill. They don’t need target rifles because they’re field marksman and know how to shoot. They don’t need fast-stepping wonder cartridges because they know how to hunt and get close to their prey. They’re professionals and need a professional’s rifle. Perfectly sized for the .22 Hornet cartridge, the Ruger 77/22 with its weather resistant Green Mountain laminate stock and stainless-steel constructions is that rifle. It’s accurate, reliable, compact, and the .22 Hornet will not rip unrepairable holes in a coyote’s pelt.

In wide-open country, coyotes sometimes will just not come close enough for run-of-the-mill cartridges. You need a round that will reach out to extreme distances, defying gravity and wind along the way. But you also do not want to get the slobbers knocked out of you every time you pull the trigger. The 6mm Creedmoor is a great example, and the Browning X-Bolt Hell’s Canyon Long Range is set up to get the most out of it. The rifle has a 26-inch barrel with a muzzle break to allow impact observation at distance. It also has a bronze Cerakote finish and a synthetic stock finished with A-TACS Arid/urban camo pattern. A 60-degree bolt-throw and an adjustable feather trigger are standard as well.

Not long ago, “long range” and “AR-15″ were never mentioned in the same sentence. But the popularity of the MSR platform has driven engineers to refine the mechanics and create compatible cartridges that now allow these rifles to reach out to distances never before thought possible. If you like to crack down on coyotes at extreme range and often encounter multiple coyotes at one set, the MSR 15 Long Range is ideally adapted to solve that problem. It’s muzzle break allows perfect tuning to the rifle’s recoil impulse, and its adjustable gas block is compatible with a wide range of bullet weights. It has a two-stage trigger and non-reciprocating side charging handle, and it is chambered for the .224 Valkyrie. Get on a high point and dare a coyote to show his head.

If you hunt coyotes in close-quarter shotgun situations but also know you might have to reach out down a powerline or across a pasture, you need a nimble autoloader that will respond to your every command and work fast when more than one coyote comes to your call. The Wilson Combat Ultralight Ranger is machined from a billet and features a carbon-fiber stock. It’s only 34 inches long and weighs less than 6 pounds. A full-length top rail will accommodate any sighting system, including night vision, and the trigger is so crisp it will make your knees week. The price might, too.