From high-tech lead substitutes to quality steel shot, these are the best duck and goose loads on the market 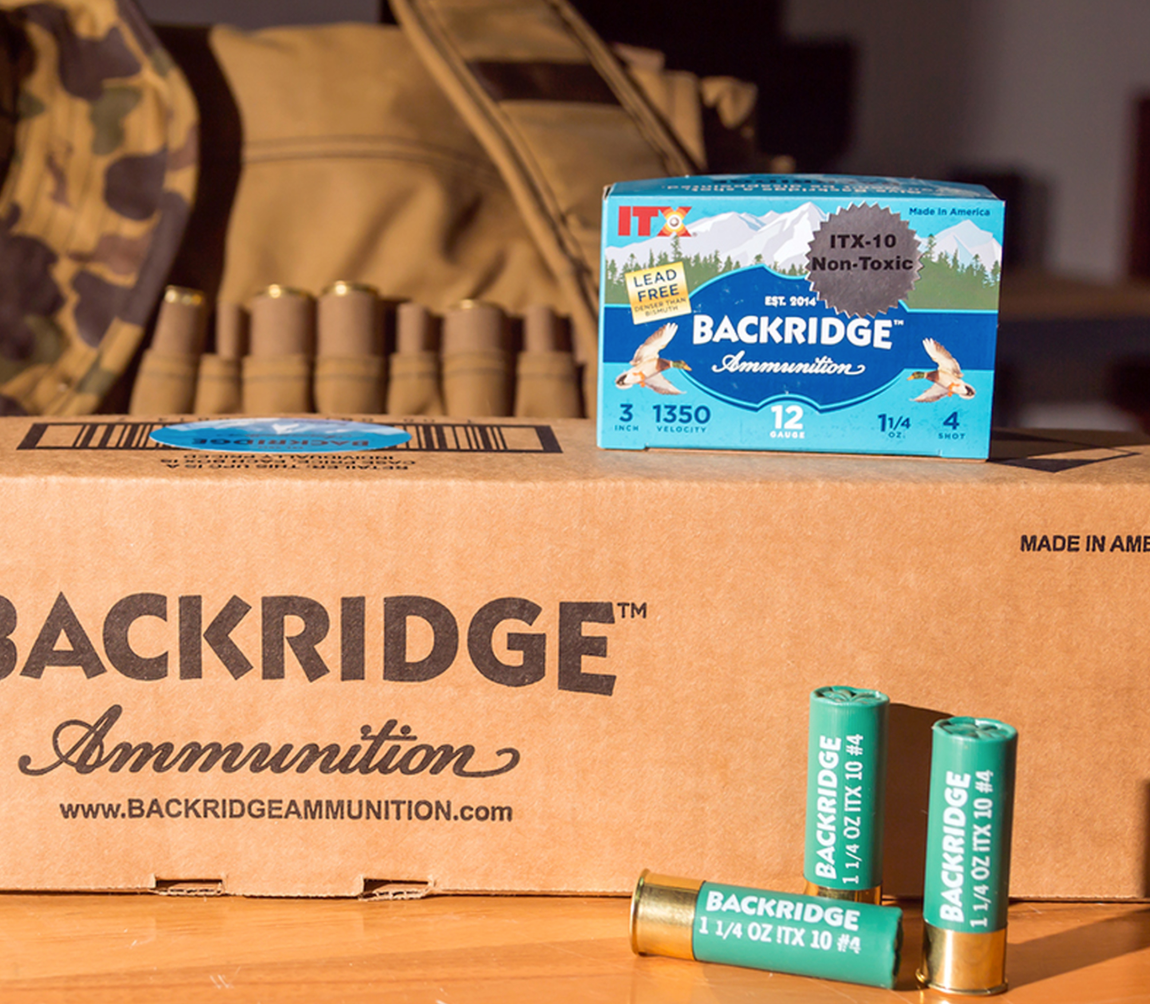 Some hunters quit waterfowling when steel shot replaced lead thirty years ago. Early steel loads weren’t as good as those we have now. They were inconsistent in both velocity and ignition. Water got into them, rusting shot and ruining primers. They were slow, and they were made in the same shot sizes that worked for lead. Steel damaged barrels, reduced effective shotgun range, and crippled birds.

The way those disgruntled old-timers told it, you could hear steel pellets rattling off of a bird’s wing feathers. That wasn’t true then, and it’s certainly not after thirty years of improvements. Steel loads have better primers, better powders, wads that protect most gun barrels, and they’re sealed at both ends to stay dry inside. They’re faster, and they’re loaded with appropriate shot sizes to make the most out of steel’s pros (efficient patterning) and cons (poor energy retention).

I have shot just enough lead at ducks—at the tail end of the lead era, and on trips to South America—that I can tell you it kills ducks better than steel does. But, lead isn’t Kryptonite. Those old-timers conveniently forget they lost birds with lead sometimes, too. And, I’ve shot a bunch of steel at waterfowl since then, and plenty of the premium non-toxics, too. If you understand how to choose shot sizes and chokes, steel loads perform just fine out to 40 yards or a bit more. If you can afford premium non-toxics and can shoot straight, you can kill birds to ranges where most people have no business shooting.

Here’s a list of 10 duck and goose loads that won’t fail you.

The original HeviShot was the first denser-than-lead pellet, and it changed the way we thought about shotshells. The misshapen pellets looked like rejects, but they patterned tightly and killed at long range like nothing else. The rising cost of raw tungsten priced the original HeviShot out of the many hunter’s budgets, so now we have HeviX. It’s the same ugly pellets, but blended to a density slightly below that of lead. They hit harder than steel, but don’t deliver as big a jolt to your wallet, although they still cost almost $2 per shell. HeviX comes in 12, 20, and 28 gauge. Hevishot.com

Federal Black Cloud brought the Duplex load back to waterfowl hunting, combining two different kinds of pellets (some round, some ridged) with a rear-braking wad that held the shot together about fifteen feet out of the muzzle before releasing it, whereupon the round pellets flew straight while the ridged “Flitestopper” pellets migrated to the pattern fringes. The patterns were tight, the ridged pellets really did seem to create bigger wound channels, and Black Cloud earned a reputation as a duck and goose-killing load. Black Cloud TSS replaces the round pellets with smaller TSS shot, making it even more dangerous to ducks and geese. I shot some of the BBx7 loads on some late season honker hunts in January and was very pleased with how dead the geese were when they hit the water. They come in ten-round boxes of 12 gauge in the BBx7 and 3×9, and now in a 3×9 20 gauge load and sell for about $3 per shell. Federalpremium.com

Federal’s “Blue Box” Speed Shok loads certainly weren’t broken—they’re consistently among the most popular affordable steel loads—but Federal fixed them anyway, and now they’re even better. They feature cleaner-burning powders and Federal’s lead-free “Catalyst” primer that improves cold-weather ignition. And if there’s one thing a Minnesota ammo company knows about, it’s cold weather. New for this year, the redesigned loads come in handy 3-inch 12-gauge 100 packs of BB, 2, or 4 shot as well as 25 round boxes in 12 and 20 gauge. Although, waterfowlers who hunt a lot buy this stuff by the case because it is affordable and effective and starts around $11 per box. Federalpremium.com

The first steel alternative, bismuth—actually a bismuth-tin alloy—was developed back in the 90s to improve on steel performance while making it safe to shoot old guns that might be damaged by hard pellets. Compared to the wimpy steel loads of the time, bismuth shot was deadly, and it brought a lot of great older guns back to the duck blind. It wasn’t perfect. The pellets were brittle. Some would shatter in the hull with the force of ignition, others would break up when they struck bone. But bismuth is back now, better, and less brittle than it used to be, and loaded by a number of manufacturers. Boss offers copper-plated bismuth in 12, 16, and 20 gauges, and it sells direct, so there’s no middleman to pay, making these shells, which start at $27 per box of 25, surprisingly affordable. Bossshotshells.com

Denser-than-lead Wingmaster HD returns to the Remington lineup after a hiatus, likely caused by the high price of tungsten. Very dense, very hard round pellets make it a tight-patterning long-range waterfowl killer. When Remington first introduced it in the early 2000s, I was invited to shoot it at an Orvis-endorsed lodge that put on incredibly elaborate flighted mallard shoots. I killed ducks stone dead at 50 yards and beyond so consistently that my blindmates put down their guns and watched me shoot. That had never happened before, it’s never happened since, but it happened that day, and it’s no coincidence I was shooting Wingmaster HD when it did. It will be available in all 12 gauge lengths in sizes BB to 6, and in 3-inch 20-gauge 4s. Prices weren’t available at press time, and I expect these won’t be cheap, but they will be worth it. Remington.com

One of the original high-velocity loads, 1450 fps DryLoks were screaming fast by 1990s standards but pedestrian by today’s. Nevertheless, they killed ducks and geese then and still do now. DryLoks got their name from their lacquered primers and two-piece wads that kept moisture out, which was, again, big news when they came out. Personally I don’t see the need to shoot anything faster, and DryLoks are among my favorite steel loads. They come in a variety of 10, 12, and 20 gauge offerings and start around $20 per box.

If I were rich, Kent Tungsten-Matrix is the only pellet I’d shoot. As it is, I have a small, carefully guarded stash I use on pheasants in the uplands and in my Winchester Model 12 Heavy Duck for waterfowl. The “Matrix” part of Tungsten-Matrix is ground nylon, which makes the pellets so soft, you scarcely feel one if you bite down on it at the dinner table. Ducks and geese don’t feel much when it hits them, either, because they tend to die outright. It’s safe in old guns, it reacts to choke about the same way lead does, and it’s nearly as dense as lead. If it didn’t start around $3 per shell, it would be perfect. It comes in 12- and 20-gauge loadings. Kentcartridge.com

ITX is another tungsten blend that is safe for older guns that can’t handle steel. Available for several years for handloaders, ITX made the jump to a factory load when new, boutique loader, Backridge began offering it. Backridge sells ITX loads with pellets blended to 10 grams per cubic centimeter—almost as dense as lead, and comparable to bismuth and HeviX—and 13 gr/cc, which is primarily a turkey load but will hammer ducks and geese. I haven’t shot Backridge ammo, but I have shot ITX 10 handloads, and it’s good stuff. Backridge loads 10, 12, 16, 20, and 28 gauge shells. ITX10 costs just under $3 per shell, while denser ITX13 is a bit over $3 per shell. Backridgeammunition.com

Spanish ammo maker Rio opened a U.S. factory in Texas in 2015, and among their product lines is BlueSteel. On a trip to Saskatchewan a couple years ago I shot ducks, geese, and cranes with BlueSteel —all with the same 1350 fps loads of 2 shot—and was very happy with it. Rio does offer faster loads up to 1500 fps if that’s your preference. It doesn’t cost much, it burns cleanly, and it’s unsafe for birds at any speed. What more do you want? BlueSteel comes in 25-round boxes in 12 and 20 gauge starting around $10/per 25. Rioammo.com

I shouldn’t rule out the possibility that you can afford to shoot ammunition that costs as much as $4.50 to $5.50 per shell. If that’s in your waterfowl budget, then Apex TSS is what you want. Tungsten Super Shot is the rage among turkey hunters these days, but it works on ducks and geese, too. The extreme density of TSS (50 percent denser than lead) changes shot size selection radically because small, dense pellets penetrate deeply. You can use 7½ shot for geese, 8s and 9s for ducks and benefit from the combination of pellet and pattern density alike. Apex loads a 1-ounce, 12-gauge shell and a ¾-ounce 20-gauge. They also make blended loads combining ¼ ounce of TSS with the steel payload of a 12- or 20-gauge shell that sell for around $42 per 25, and the few I have had a chance to pattern looked very good on paper.