Good and Bad Advice on Guns

True Wisdom is a scarce commodity, especially when it comes to rifles. It crucial to know who you can trust 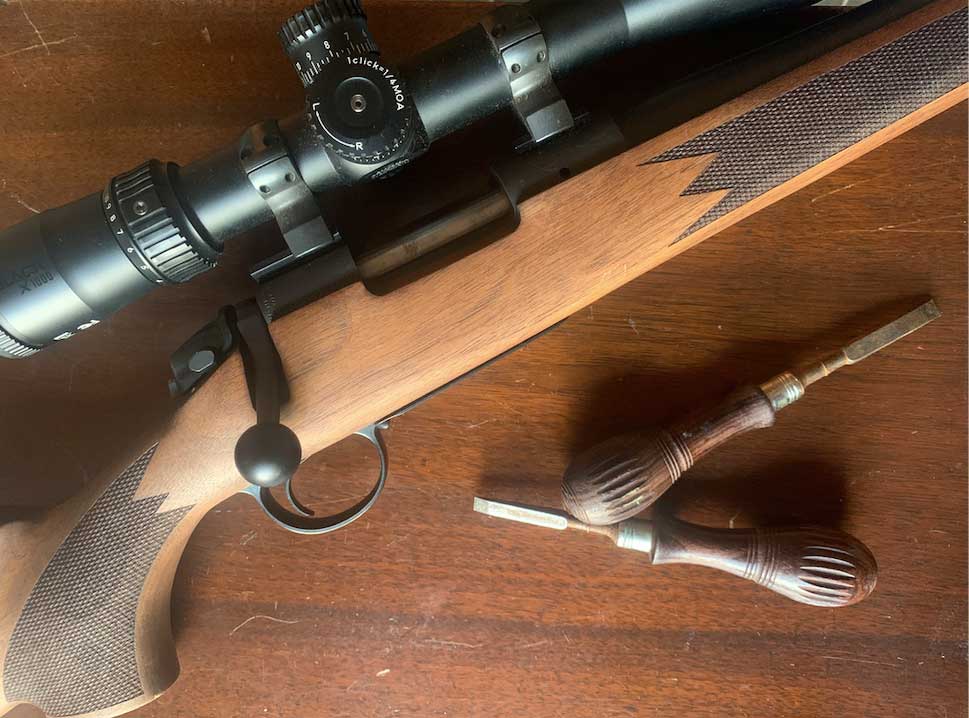 Before you have any repairs made on a rifle, make sure you have good advice first. Dave Hurteau
SHARE

“I can hack the customers,” said the gunsmith, distractedly tapping his forehead with an extremely large lead mallet. “It’s their friends’ advice that’s going to kill me.” He had just finished explaining why a certain idiotic alteration could not be performed on a firearm, and had listened to “but my friend says…” at least half a dozen times. Finally, he talked the guy out of it.

We all get advice. Some of it is good. Much of it is bad. In the wonderful world of rifles, mostly all of it is bad. Rifles are simple in appearance but subtle in operation. Ditto hunting and shooting, and we are too willing to accept bonehead notions that seem sensible.

There’s No Substitute for Real Experience

How do you know you can trust me? Because I’ve been ranting for F&S for some 40 years, and if I were a charlatan, I’d have been exposed long ere now. On the whole, old gun writers give better advice than young ones. I was a young gun writer a few eons ago, and I was full of wisdom with precious little experience to back it up. Nevertheless, I would pontificate at the drop of a paycheck.

If you are to give good advice, you have to observe accurately. About a decade ago I was describing Anticosti Island (a sizable body of land in the Gulf of St. Lawrence, home to many large whitetail deer) to John Barsness. “It’s flat as a pancake,” I advised him, “no landmarks anywhere.” Which was perfectly true of the easternmost end of the island where I had hunted, but not true at all for the rest of it.

That was a simple case of bad advice—a combination of carelessness and poor observation. All I had to do was look at a map of the whole island, but I didn’t. Observing can be more complicated. In 1981 I took a .300 Weatherby Magnum to Zambia. The first critter I killed was a hartebeest at 300 yards. It was one of the two or three quickest kills I’ve ever seen. Next was a reedbuck; it took five good hits at 100 yards to put him down. Third was a sable, a big, tough antelope. One shot, dead at 250 yards. And the final trophy was a roan, equal in size and toughness to the sable, five shots at 150 yards, good hits all, before he died.

So from this, you could say that the .300 Weatherby is an erratic killer of big game, but you would be wrong. The fact is that animals often don’t go down with the first shot no matter what you shoot them with, and you have to keep on firing. If I had returned and written bad things about the .300 Weatherby, I would have been guilty of poor observation due to lack of experience, and of giving bad advice.

Be Prepared to Ask Insulting Questions

To check on the quality of the advice you’re getting, ask, “Yes, but how do you know?” If someone has killed 30 elk with a .30/06, I consider him an expert on killing elk with a .30/06, but not with a .270, and if he tells me that the .270 is woefully underpowered, I would say, “Yes, but how do you know, never having used one?” This is not going to win you many friends and may explain some of my own social problems, but it will filter out a lot of nonsense. (The .270 is a dandy elk cartridge, by the way, if you use the right bullets. How do I know? Because I’ve killed elk with it.) Ernest Hemingway said that “the most essential gift for a good writer is a built-in, shockproof, s–t detector.” It’s not a bad idea for readers to develop one of these, too.

Which Experts Can You Trust?

There really are people who know what they’re talking about. I learned how rifles function from half a dozen gunsmiths. They were the guys who had to make guns work, or else they did something else for a living. Gunsmiths (not people who sell guns and want you to buy something) are a fine source of information on which manufacturers are doing a good job and which are doing better than good. If you are serious about learning, they can give you invaluable instruction. However, remember that they are paid to fix guns and make guns, and not to teach, so do not abuse their time and don’t attempt to pontificate to them. Shut up and listen, and say thank you afterward.

Some writers can be helpful. Finn Aagaard, now sadly gone, had worlds of time afield and was a man of unfailing common sense. He never put a word on paper that wasn’t useful. Ditto for John Barsness, who is still among the living and doesn’t believe in accepting other people’s assumptions. John does his own research. Wayne van Zwoll is scrupulously honest, and has a ton of experience, and ditto for Craig Boddington who has more and more diverse time in the boondocks than anyone. Terry Weiland is first-rate in all respects. Richard Mann and John B. Snow, although not eligible for Social Security, are terrific.

Writers who give good advice avoid the word always, as in “If you do x, y will always follow as a result.” They try instead to present their experience and tell you what is likely to happen. There’s a big difference. Here, in closing, is some advice: People do not like good advice if it contradicts their own cherished beliefs, and if you go spouting off, you will find yourself a pariah—particularly if you turn out to be right. The Russians have a proverb that sums it up neatly: “He who would tell the truth should have one foot in the stirrups.”

This column is dedicated to the memory of my friend Russ Carpenter, who always gave good advice.