For winter ducks and geese, your shotgun needs to work in any weather, and your payload needs to have a little extra punch 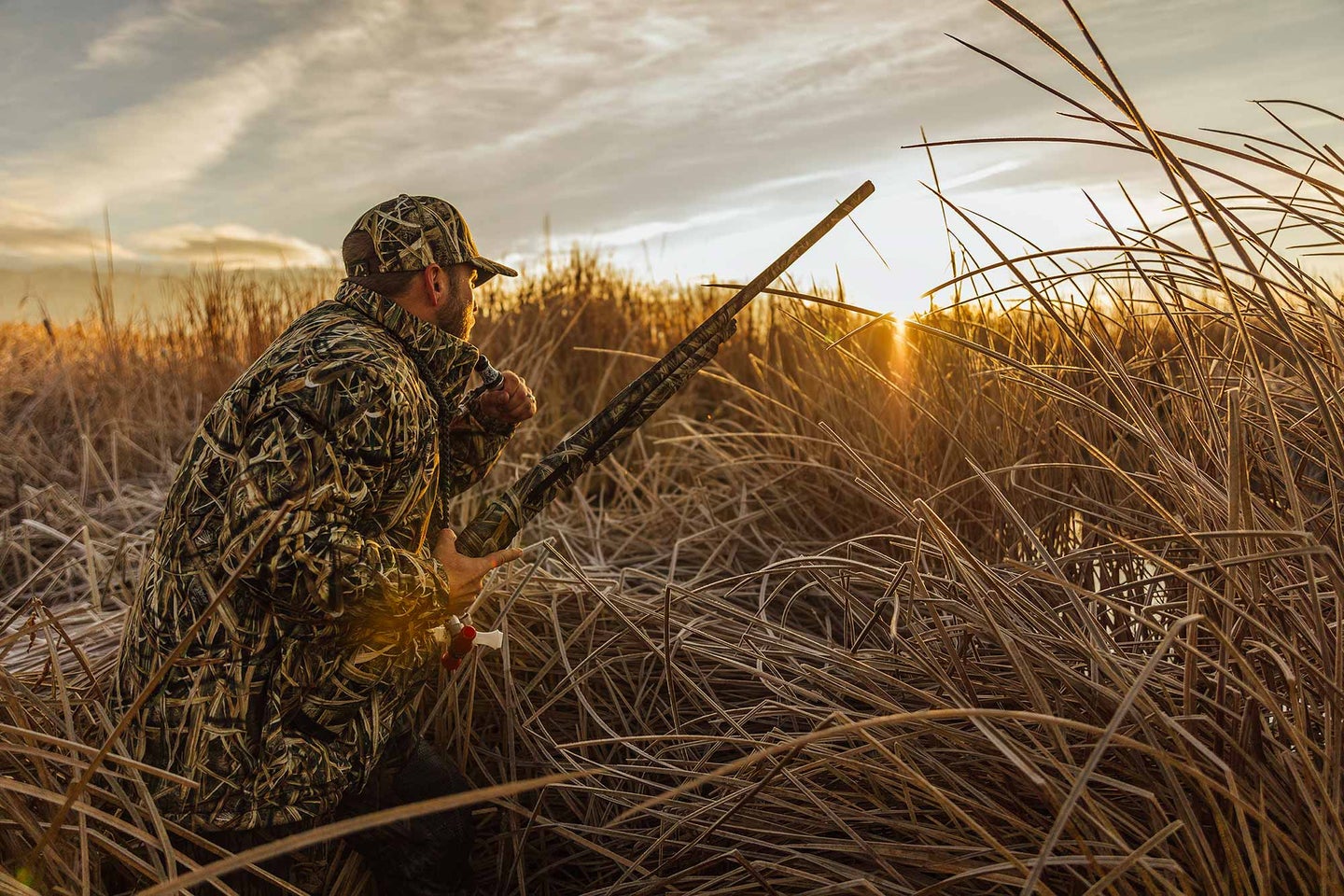 Late-season waterfowl hunting presents a pair of good-news/bad-news scenarios, depending on the weather. On mild winter days, any gun should do the job. That’s the good news. The bad news is that wary ducks and geese don’t fly as much or decoy as well in warmer weather. That means your chances are fewer, and your shots may be long.

On bitterly cold and windy days, ducks and geese trade caution for the need to feed. That’s great. But some guns turn balky in the cold and can also be difficult to run when your fingers are frozen and gloved. It’s frustrating when birds work and your gun won’t.

You need a gun-and-load combo that’s equal to both situations. It needs to hit hard and function reliably.

How to Choose the Right Shotgun Gauge and Choke

Late season is the time for big guns. Because winter birds tend to be tougher to kill, it’s a good idea to go to bigger shot, which hits harder. In order to do that and keep the pellet count up, you need to go with a 3- or 3½-inch 12-gauge, or even a 10-gauge.

I keep a 10-gauge gun handy for days when I want to send a lot of shot into the air, but the versatile 3½-inch 12 is far more popular than the fading 10. You can handload 3½-inch 12-gauge shells that are even more potent than factory 10-gauge ammo, and the 12-gauge guns are handier in the field. Plus, you can make or buy lighter 12-gauge loads for when you don’t need the extra range, or to shoot targets in the off-season so you can hit what you shoot at when the late-season comes.

If you expect birds to be skittish, you may want to tighten up your choke too. This gives you more range, and the tighter choke also compensates somewhat for the added density of cold air that makes patterns open more quickly. If you normally shoot Improved Cylinder or Light Modified over decoys, for example, switch to Modified or Improved Modified.

How to Choose the Right Shotgun Action

A late-season gun has to function in the cold. That’s why pump guns are a good choice now; they put follow-up shots on target as fast or almost as fast (depending on your skills) as an autoloader, and being hand-powered, they’re more reliable. O/Us and side-by-sides are the most reliable of all, since it’s difficult to get snow and ice inside their closed actions.

Gas-operated semi-autos seem to have the most trouble in the cold. How you clean and lube one can have a lot to do with how it performs in winter weather, but no matter how much or how little lube I use on my favorite gas gun, it turns sluggish any time the temperature gets below 15 degrees. There are exceptions to this rule; I’ve been impressed with the gas-operated Remington V3, for example, for late-season hunting. But generally speaking, inertia and recoil-operated autoloaders do better in the cold.

How to Choose the Best Shotgun Ergonomics

Enlarged bolt handles, safeties, and bolt releases used to be aftermarket accessories. Increasingly, they are standard equipment on semi-autos intended for waterfowl. Enlarged loading ports, inspired by three-gun competition and its need for speed, are finding their way onto waterfowl guns too. All these features make a gun easier to handle in the cold. As one who suffers from numb, weak fingers on late-season hunts, I like a gun with a fairly soft magazine spring as well, so long as it doesn’t impair the gun’s function.

How to Pick the Right Late-Season Shotgun Loads

Switching to bigger and/or faster shot is also a good idea now. Bigger shot hits harder, bucks cold and wind better, reaches farther, and patterns tighter than smaller pellets. If you have a supply of bismuth or premium tungsten-iron squirreled away, the late season is the time to break it out. Here are suggestions for the most popular winter birds:

What I like: Kent Bismuth or Kent Fasteel 2s to save a little money.

Divers: Go with 3 or 3½-inch steel 2 or 3 shot, or a steel/tungsten or bismuth duplex load.

This list isn’t exhaustive, but if you decide, based on all the information above, that you need a new shotgun for your late-season hunts, here are four that I have used and recommend.

This is Browning’s inertia semi-auto in a weatherproof model, including a tough Cerakote finish on the metal and synthetic stock and fore-end. It comes in 3- and 3½-inch versions.

Late-season waterfowl guns don’t have to cost a lot of money. Winchester’s slick 3- and 3½-inch SXPs practically pump themselves, so even when you’re cold and bundled up, they cycle with ease.

Simple, affordable, and durable, the Swamp Magnum is an O/U made for the waterfowl blind. And like the other three guns here, it’ll go bang no matter how nasty the winter weather gets on your next duck or goose hunt.