A Love Letter to the Lever-Action

This iconic American rifle isn’t just a relic: The modern lever gun is the perfect platform for today’s hunters 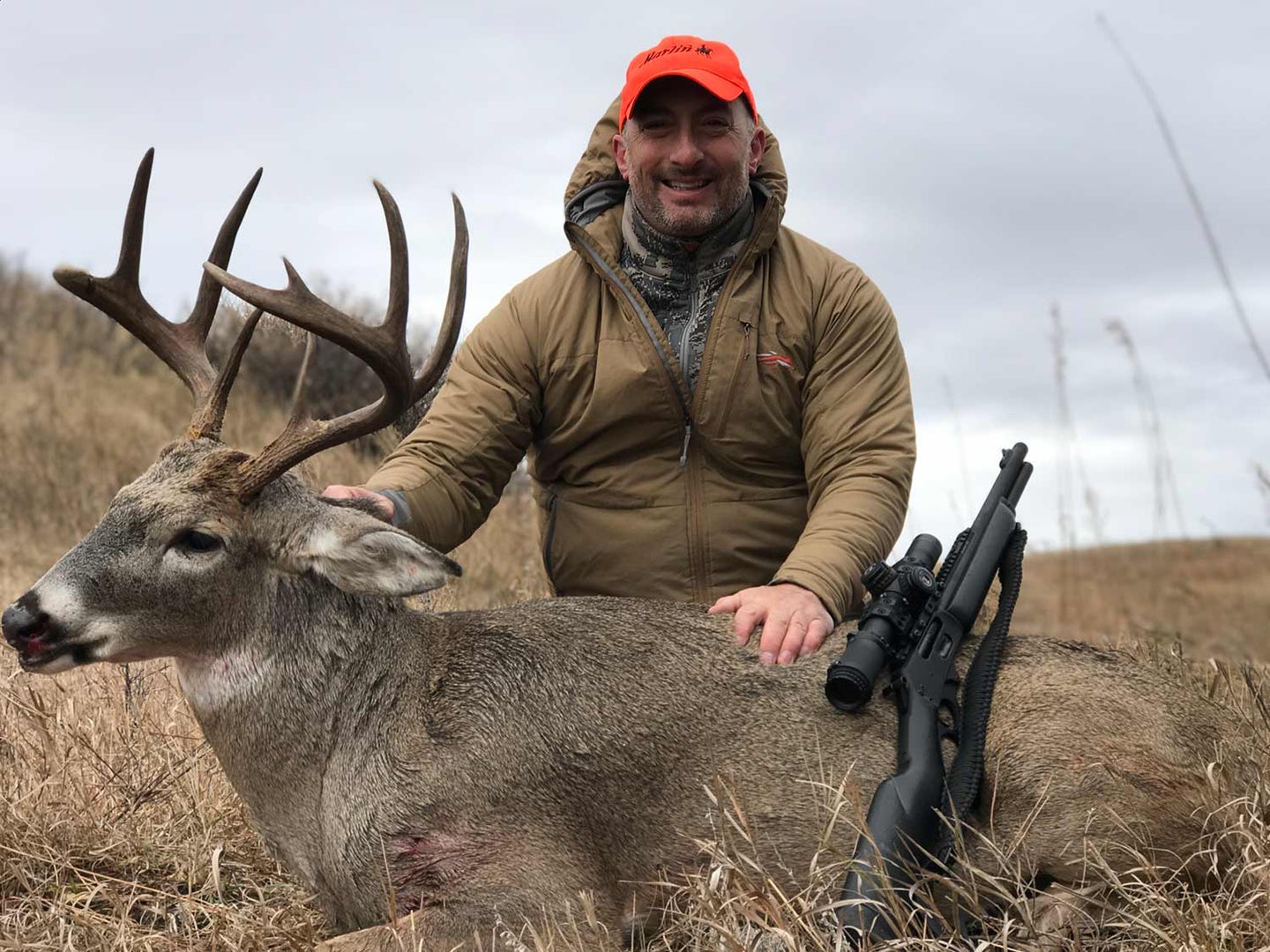 Hunter kneeling behind a deer. John B. Snow
SHARE

There’s no firearm more American than a lever-action. Bolt guns were perfected by the Germans, double-barreled shotguns by the British, and even revolvers trace their origins to Europe.

But lever-actions rifles are a purely American innovation. From the time of the Civil War to the early decades of the 20th Century, they were the dominant long-arm in North America. They were the first effective repeater that saw military action, they were used during the great slaughter of the buffalo in the 1860s and 70s, and it was a lever-action that we dubbed, “The Gun That Won the West.”

I don’t know if the accolade is still valid, but when I was growing up, .30-30 lever actions had accounted for more whitetail deer than any other combination of firearm and cartridge. Maybe that’s changed, though it wouldn’t surprise me if it were still the case.

I grew up outside of New Haven, Connecticut, home to the Marlin and Winchester factories. So when I was able to buy my first real deer rifle, it was a Marlin 336C in .35 Remington. To me, that choice was a given. To have selected some other brand or platform would have been akin to rooting against the home team.

That .35 Remington was my main deer rifle for many years. I shot it with open sights to start, switched to an aperture peep sight later on, and now it wears a variable-power leup. It’s been with me in the North Woods in New England and the timber of the Upper Midwest and Canada. And when those 200-grain round-nose bullets connect, deer drop. The rifle cycles fast for follow-up shots, but none of the deer I’ve taken with it have ever needed one.

It’s also one of the prettiest guns I own. The wood on it is a gorgeous cut of American walnut with deep figure, and the bluing on the metal work imparts a rich luster to the barrel and receiver. I added some wraps of leather around the loop to make it a bit more comfortable to run the action, and give it a custom touch.

Untold thousands of other hunters have a similar affection for their lever-actions. It’s part of the reason that the .30/30 and .45/70 are still top sellers, even though they are among our most old-fashioned cartridges.

But don’t make the mistake of thinking these cartridges are frozen in time. The .45/70 in particular is an interesting case-study in cartridge evolution. As more sportsmen transitioned to bolt-actions in the 1950s and 60s, the .45/70 seemed to be on its last legs. That’s part of the reason that Marlin came out with the .444 Marlin at that time, another excellent straight-walled big game round. (Here’s an interesting tidbit you can use to win a bet in deer camp­: Ask your buddies to guess the parent case of the .444 Marlin. I doubt that any of them will know that the first .444 Marlin ammo was fashioned from .30/06 brass.)

Those predictions of the .45/70’s demise were premature, however. When Marlin started producing the Model 1895 in greater numbers back in 1972, that kicked off the renaissance of the .45/70. Some ammo makers also started loading the .45/70 to higher pressures with a broad variety of bullets that turned it into a true thumper for taking on the largest game. Many Alaska guides and bush pilots consider a short-barreled .45/70 stuffed with those hot loads ideal protection in bear country. For hunting, that combo is great for not only bears, but moose and other large critters. In fact, we’ve seen a growing trend of sportsmen traveling to Africa with lever-actions to use on large plains animals and even dangerous game, most notably Cape Buffalo.

For my part, I still love hunting with lever actions. Not only did I use a .45/70 this fall while stalking whitetails in Wyoming, but I also plan to take one up to Canada next year in pursuit of free-ranging Woods bison—the largest land animal in North America.

In order to make the most of a lever-action, however, you have to know how to shoot one. They are fast-handling, capable of surprising accuracy, and can be configured in numerous ways. But it still helps to know some of the specific techniques to shoot them to their potential. The videos here on how to produce better groups from your lever-gun and how to run one more quickly are good places to start.

When it comes to setting up a lever-action, you have lots of options. While traditionalists gravitate toward classic wood stocks and open buckhorn sights, a new generation of enthusiasts have been pushing the boundaries by incorporating features like Picatinny rails, oversized lever loops, and new stock materials to create guns that are as cutting edge as anything out there. The video detailing some of the options for lever-gun optics provides a taste of this versatility.

No matter what flavor lever-action rolls your socks up and down there’s a common denominator to all of them. While they can take deer at longer distances—my buddy on our Wyoming hunt shot his stud of a whitetail at 210 yards with his .444 Marlin—lever-actions are better suited for closer encounters.

In light of this, it might seem odd to take one on a Western big-game hunt, but with some smarts and an approach that balances stealth with decisive action, you can close the gap on even warry whitetails to get in lever-gun range. As my colleague Dave Petzal recently wrote: “It’s called hunting. You might like it.”

Adventure is something that lever guns excel at. Whether stalking through the pines in Michigan’s U.P., looking for a fresh buck track in the snow in New York state, bundled up for dear life in a remote forest in sub-zero Saskatchewan, or still-hunting through a creek bottom in Nebraska, a lever-action is an ideal tool to have in your hands. That’s why I’m confident that another 100 years from now, we’ll still be taking them afield.