Reloading ammunition isn’t always as cheap as people think, but these tricks could save you a few bucks 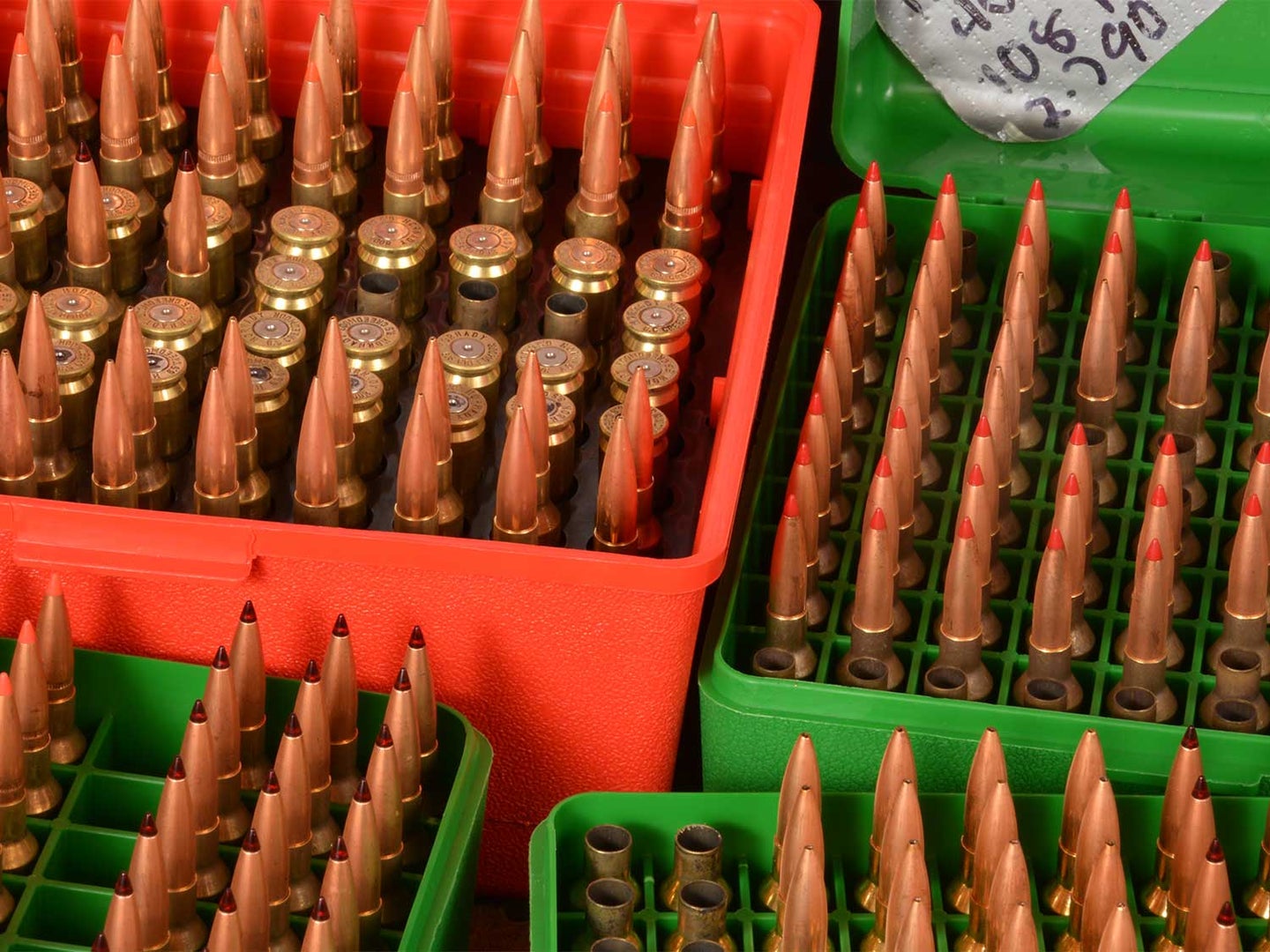 One of the main reasons shooters get into reloading is to save money. Then they discover that getting set up is expensive and panic follows. Reloading is very tool and gadget oriented and you can go broke trying to buy all that stuff. But, you don’t need it all to get started. There are a few ways to make reloading more cost effective, and it all begins with an affordable press.

1. Start small, and build from that.

The simplest way to reload ammunition is to buy a Lee Loader. For about thirty-five bucks, you have everything you need, except components. It’s basic, but the ammo works.

From there, I highly recommend getting a good single stage press. That will manage any reloading chores for the rest of your life. In fact, if you don’t have any other equipment, one of the kits that includes a single stage press, a scale, and other basic tools is a very good idea.

You can often find reloading gear if you attend yard sales, particularly in rural areas. If the tools appear to be complete and are not rusty, they should be fine. Reloading tools rarely wear out. A little surface rust on a non-critical area is easy to clean up. Clean the tools, lubricate, and put them to work.

Check the calibration of the scale or any used measuring device. If you don’t know how, most machine shops can do it for a small fee.

You can find components at yard sales as well, but for anything other than bullets I urge caution. Never use any powder that’s been opened and the seal broken. Primers might be ok, but keep them for practice ammo as you don’t know the history of how they have been stored. They might all go off, they might not. Brass can be tricky. I once had a box of .300 Weatherby brass from a yard sale. It looked like it was once fired so I loaded it and gave the ammo to an editor at a large, national magazine. The first shot he fired, the brass separated at the shoulder. Apparently the neck and shoulder went out the bore of the rifle. I don’t think he ever gave me a handloading assignment again.

A lot of reloading gear is only needed once in a while. For example, a primer pocket swager. Once you have used it on all your cases, you won’t need it again until you get more cases. Same with bullet casting gear, including the sizer-lubricator. If you cast up a few thousand bullets, size, and lubricate them, you may not use that gear again until you need more bullets. Even something like a power trimmer is used infrequently, particularly if you load in large batches.

So, form a group of shooters and have everybody chip in for part of the cost. Work out a schedule so everybody can use the gear when they need it. This is also a good strategy if you wish to upgrade to more expensive gear like a progressive press.

A tip here. Set it all up at your place and give your buddies access. That way when you need it, you won’t have to hunt it down.

4. Build your own reloading bench.

The best reloading benches are big and very heavy. Most of the commercial benches I have tried are lacking. Sooner or later you will want to upgrade.

So, build the bench yourself the first time. It will save money, and you get the bench you will end up with anyway. Make it stout and heavy. Some reloading processes put a lot of pressure on the bench. If your bench weighs 200 pounds and the top is made from two-inches of plywood, it won’t even break a sweat, no matter what you are doing.

5. Use range brass for practice ammo.

I confess, I am a brass hoarder, and if the rest of the shooters want to litter the range with their discarded cases, I see it as my civic duty to clean up the litter and “recycle” the brass. (I suppose you could say I am a “green” shooter.) But range brass still requires some work.

How to Sort and Clean Range Brass

I use range brass for practice and shooting in local matches, never for defense or hunting. You can sort all that brass by brand and head stamp if you wish, but I find that to be too much work. So to accommodate the difference in case capacity from using mixed brass, I use a moderate powder charge that is safe in any case. The velocity is a bit lower, but for practice that is not an issue. Surprisingly, accuracy is usually pretty good.

The one exception to this routine is .40 S&W brass. I run all of that through a Redding G-Rx die to fix the GLOCK bulge. Because with range brass I have no way of knowing which gun fired the .40 S&W brass, it all gets sized.

For any other pistol case I don’t bother with sizing, trimming or removing military crimps. I suppose an argument could be made for trimming, but it’s a lot of work. Instead, I check every loaded cartridge in a Dillon Case Gage. This gage will pick up any case that is too long, which I put in a collection box to dismantle later to salvage the bullets. I find so few that it is much easier to just check the loaded cartridges than to trim brass. A few pistol cases have primer crimps. I just toss them as they are too few to bother with.

6. Cast your own bullets.

You could say my landlord forced me into casting bullets. Years ago, when my hair was dark and my eyes were sharp, I was shooting handguns so much that I was spending most of my money on powder and bullets. When it got to the point where I was dipping into the rent fund I knew something had to change. Shooting less was not an option, nor was living under a bridge. So I borrowed a mould and a lead pot and taught myself to cast bullets. I suppose I have cast bullets to thank for not winding up homeless, and I still cast them forty some odd years later.

Casting bullets requires lead and/or lead alloy for the material. Scrounge the metal where you can. For a long time it was easy to find, usually for free. Then the government freaked out about lead. Now it’s a bit harder to find metal for bullets, but not impossible. Just be careful with wheelweights as part of that government freak-out changed them to zinc. Sort out the zinc weights. They will be shiny while the lead-alloy ones will be dull. If you let even one zinc weight get into your melt, you will need to dump the entire pot.

You don’t need a fancy electric lead pot to cast good bullets. A small cast iron pot, a dipper and a camp stove will get you started. To be honest, I used the kitchen stove in that old apartment. However, I don’t recommend you do that.

Casting bullets is fun, a lot cheaper than “store bought” bullets, and it might help keep a roof over your head. If you don’t want to bother, look for commercial cast bullets. They work great (particularly in handguns) and will save you a considerable amount of money over jacketed bullets.

Consider buying your components in bulk. Rather than a one pound can, look at an eight pound keg of powder. I just checked pricing on H335 at Brownells and you would save about two bucks a pound by getting the eight pound can.

If you are buying online this saves on hazmat shipping charges as well. You pay one time rather than a charge for every order. If you put in a big order by having all your shooting buddies or a gun-club pool the order, the personal savings can be considerable on shipping costs.

The same with bullets. For example, I get Hornady bullets for both my .223 and 9mm in bulk packs ranging from 250 to 3,000 bullets. The cost per bullet is lower than buying traditional 100 bullet packs.

Don’t think for a minute any of this will put money in your pocket. It won’t, because you will spend the money you save on more stuff to load more ammo so you can shoot more. But, there’s nothing wrong with that.