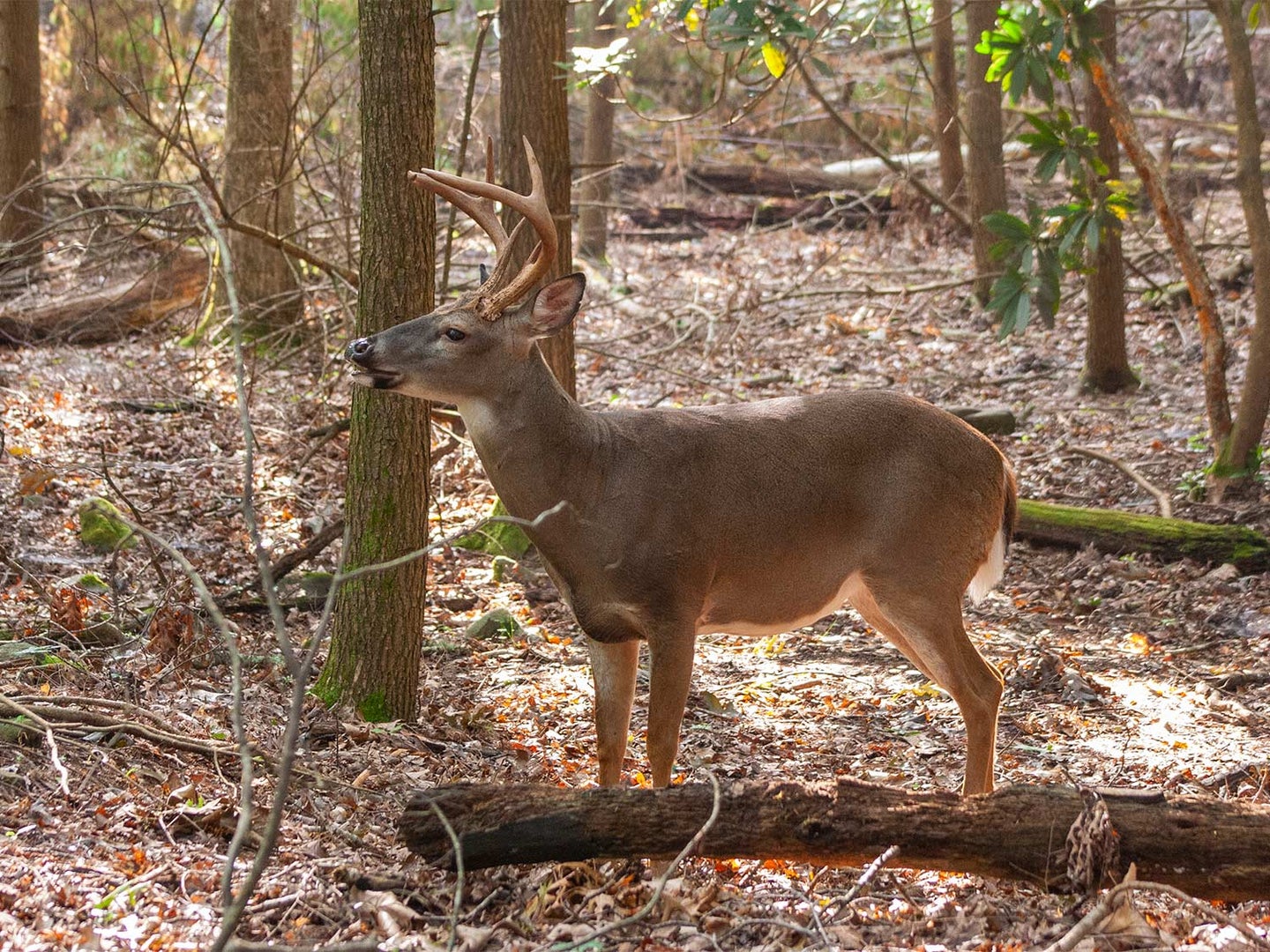 Yes, the .223 Remington is a suitable deer cartridge, and it is legal for deer in most states. But you have to choose your .233 ammo carefully. Here's how

If you like to hear folks squabble, just ask your hunting buddies if the .223 Remington is up to the job of deer hunting. You’ll get plenty of opinions and maybe some cussing and finger pointing, too. If you want to know the truth of the matter, however, you’ll have to dig a little deeper, because the real answer has always been clouded by a couple of persistent myths.

1. The .223 Remington is illegal for deer hunting in most states.

Last I checked, the .223 was legal in 39 of the 46 states that allow rifles during the deer season. Maybe it’s a Common Core thing, but if you use real math, 11 out of 50 ain’t “most.” In fact, math tells us that the .223 Remington is legal for deer hunting across 78 percent of the United States.

2. The .223 is ballistically inadequate and underpowered for deer hunting.

The .30/30 Winchester is considered one of the best deer cartridges of all time, and from a terminal-performance standpoint—the ability of a bullet to penetrate and damage tissue—the best .223 Remington loads compare favorably to it. It’s not about bullet caliber, it’s about bullet performance, and that’s the key to deer hunting success with the .223: You have to use the right bullet!

Most hunters who say the .223 Remington isn’t enough for deer have never tried it and therefore don’t know what they’re talking about. I have, many times, and I can tell you that it works just fine—as long as you pick the right ammo.

The Barnes 55-grain TSX bullet is an all-cooper projectile with a hollow nose cavity. When this bullet impacts, it opens very fast, developing a frontal diameter that is generally twice caliber diameter. Because the bullet retains all of its weight, it penetrates very well, as deep or deeper than any other expanding bullet loaded in this cartridge. On the other hand, solid copper bullets have a reputation for not putting animals down as fast as lead-core bullets. The key to enhanced lethality with solid copper bullets is velocity and this load has plenty of that. If you like terminal performance that relies on penetration, this is the .223 load for you.

There is no such thing as a magic bullet, but the 60-grain Nosler Partition is as close as it gets. John Nosler designed the Nosler Partition bullet with a divider between the front and rear cores. The front core is soft enough that during penetration, it deforms, expands wide, and even fragments. This creates massive tissue damage and creates lots of hemorrhaging. But the rear core behind the divider stays intact and continues to penetrate deeply enough to exit on most broadside shots on deer. Engineering this kind of performance in a .30-caliber bullet that weighs three times as much is one thing, but doing it in a bullet that’s only 0.224-inch in diameter is far more challenging—yet the great Nosler Partition gets it done.

Though the 55-grain bullet is the most common weight loaded for the .223 Remington, some hunters like a heavier option, and one that will retain all of its weight. Solid-cooper bullets are great for weight retention but need velocity to create wound cavities on par with their lead-cored counterparts. If you like the penetrating performance of solid copper bullets but also prefer a heavier projectile, the 62-grain TSX load from Black Hills is a good option. It will deliver double-diameter expansion and deep penetration. It may not create wound cavities as large as some of the bonded or divided lead-core bullets, but it will hold together, bust through bone, and drive deep.

The .223 Remington is a high-velocity cartridge and high-velocity cartridges tend to make traditional cup-and-core bullets come apart when they hit deer. The Remington Core-Lokt bullet is just such a bullet, but the Core-Lokt Ultra is a bonded version. That means the core and jacket are fused so that they hold together as the bullet deforms. The 62-grain Core-Lokt Ultra bullet used in the Remington Hypersonic ammunition line expands wider than any other bullet of this caliber. This means it creates devastatingly wide wound cavities. Because of its ability to stay intact, it is even popular for law enforcement agencies. Though not the deepest-penetrating option for the .223 Remington, it does hit deer hard.

The problem with small-caliber bullets for big game is that they are, well, small. In order to damage enough tissue to create adequate internal damage, they need to deform enough to create a wide frontal diameter. With many lead-core bullets, this deformation results in fragmentation as opposed to expansion, but that’s not the case with the 62-grain Fusion. Because the bullet’s core is molecularly fused to the bullet’s jacket, this bullet expands wide and remains intact. This allows for good expansion and tissue damage throughout the deep wound cavity. It’s a great choice for deer hunting with the .223 Remington and a separate version has been specifically tuned to work to perfection in MSRs.

In the late 1980s and early 90s, a man by the name of Jack Carter developed a line of bullets known as Trophy Bonded Bear Claws. They became immensely popular for big-game hunting and were thoroughly tested by gun writer Finn Aagaard, who even consulted with Jack during their development. Carter sold his company to Federal, and they now offer an improved version of this bonded bullet that’s called the Trophy Bonded Tipped. It is similar in design to the original but has a polymer tip to enhance the ballistic coefficient and to help initiate expansion. It remains one of the best big-game bullets available for .224-caliber centerfire rifles and this load is an excellent choice in the .223 Remington.

The best big-game loads for the .223 Remington are typically all-copper bullets, bonded bullets, and expensive bullets. This is the lone exception. Winchester’s 64-grain Power Point load is the least expensive of all the loads on this list; you can pick up a box for as much as 22 percent less than some of the other offerings. However, when it comes to deer loads for the .223 Remington, it gives up nothing to its expensive counterparts. It’s not flashy, doesn’t have a cool name, and looks like a regular hunting bullet. But the bullet’s unique soft point combined with its skived jacket has been optimally engineered to work at .223 Remington velocities. This bullet expands wide and drives deep, acting almost like a bonded bullet.