For more than 125 years, the .30/30 has proven itself on everything from varmints to moose—and it has only gotten better over the years. Here are today’s best .30/30 hunting loads 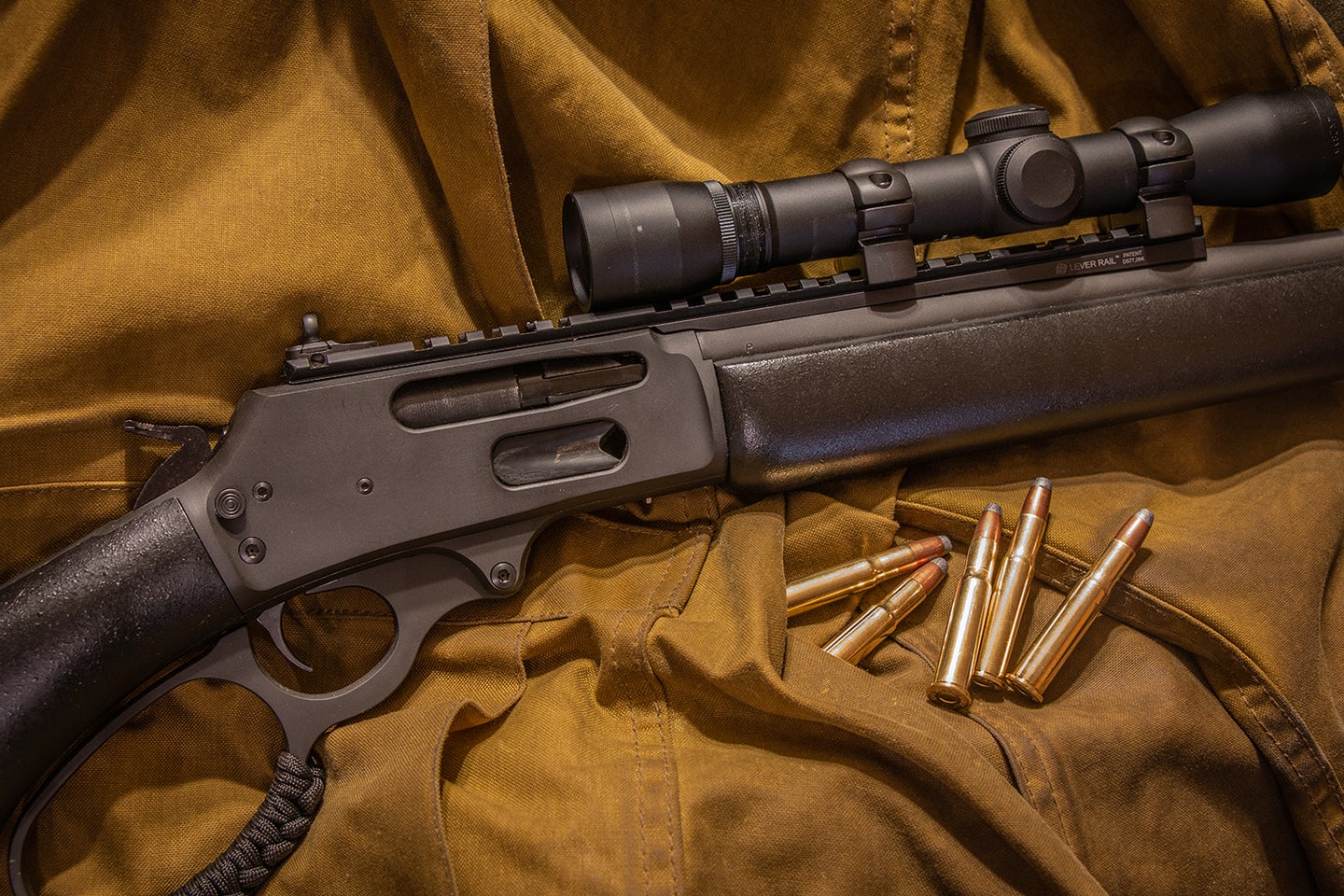 It all began in 1895 when a .30-caliber cartridge was introduced in Winchester’s now iconic 1894 lever-action rifle. It was America’s first sporting rifle cartridge designed for use with smokeless powder. Originally marketed as the .30 Winchester Smokeless, it was also known as the .30 WCF (Winchester Center Fire) but is now simply known as the “Thirty-Thirty.” The cartridge was originally loaded with a 160-grain bullet, but it wasn’t long until 150- and 170-grain loadings became the most popular. Today, bullet weights ranging from 125- to 190-grains are available (that is, when there isn’t an ammo shortage).

Though the .30/30′s 150-grain bullet at around 2300 fps is big-game capable at modest ranges, the desire for more reach has pushed most hunters to more modern cartridges and bolt-action rifles. Still, the .30/30 Winchester has remained popular because it works, and because of the svelte lever-guns it’s available in. Toward the end of the 20th Century, ballisticians began to apply modern bullet technology to this 100-year-old cartridge, and the loads available today offer greater versatility and enhanced external and terminal ballistics. More than 125 years after its introduction, the .30/30 is still with us and is a better hunting cartridge than ever. Here are six of the best .30/30 loads you can buy for tagging almost any critter in North America.

Although on the light side for a .30-caliber hunting bullet, this 125-grain hollow-point has practical application. Not all .30/30 lever guns are used for big deer and bears. Some are kept behind the kitchen door to deal with vermin around the farm and even for self-defense. This load will still work well on deer and antelope, but it is also a great choice for fox, coyotes, javalina, and other critters up to about 150 pounds. Recoil is very mild, which makes it great for new or small-stature shooters, and the bullet expands to more than double diameter, with a penetration depth of about 16 inches in 10 percent ordnance gelatin. This load also has a reputation for extreme accuracy.

Offering the ability to use a pointed, soft-tipped bullets in lever-action rifles, Hornady’s LEVERevolution line of ammunition substantially changed the performance of the .30/30 Winchester. Hornady offers two LEVERevolution loads for this cartridge. One is a 160-grain FTX that uses a traditional cup-and-core bullet, but the 140-grain offering utilizes an all-copper (lead-free) MonoFlex bullet with the same pointy, soft tip. It has a ballistic coefficient (BC) of .295 as compared to conventional 150-grain round nose .30/30 bullets that have a BC of about .186. This translates to 2 inches less drop at 200 yards and 300 foot-pounds more energy on target. With this load you can expect double-diameter expansion and nearly 2 feet of penetration.

Barnes TSX bullets are well known for their ability to penetrate. They penetrate so well because they almost always retain all their weight. They also expand to about twice the diameter of the unfired bullet. With an advertised muzzle velocity of more than 2300 fps, this load should carry 1000 foot-pounds of energy to 150 yards or so. This is a lead-free bullet suitable for locations that require non-lead projectiles or for hunters who prefer them. If penetration is what you’re looking for from your .30/30, this load delivers some of the deepest, generally pushing to well in excess of 2 feet.

Possibly the most iconic of all the .30/30 Winchester loads, the Remington Core-Lokt is a simple but exceptionally well-designed cup-and-core bullet. Though there is nothing special about this bullet’s construction, it has been honed and tempered for three-quarters of a century, and its field performance have been proven on meat poles all around this country. In 10 percent ordnance gelatin, this 150-grain Core Lokt will expand to about a 1/2-inch and penetrate an amazing 23 inches. Surprisingly, due to more controlled expansion, it will penetrate deeper than a 150-grain Core Lokt fired from a .308 Winchester.

Introduced in 2020, Federal’s HammerDown line of ammunition has been tweaked to be optimized for use with lever-action rifles. The forward edge of the cartridge rim is chamfered to ease with loading, and the cartridge cases are nickel plated to prevent corrosion and enhance smooth feeding. The most critical element of any hunting cartridge, however, is the bullet and for all practical purposes the 150-grain bullet used in the .30/30 HammerDown load is identical to Federal’s 150-grain Fusion load, which has proven itself again and again. It will expand to 6/10ths of an inch and penetrate 2 feet deep in 10 percent ordnance gelatin.

A 190-grain .30-caliber bullet with a muzzle velocity of 2100 fps is serious business, and its exactly what you would expect from Buffalo Bore ammunition. This load utilizes a custom Hawk bullet with a jacket that has been annealed to insure bore seal for excellent accuracy and to deliver optimum terminal performance. While this bullet will not expand extremely wide at .30/30 Winchester impact velocities, it will drive very, very deep. And get this, amazingly it’s still delivering 1000 foot-pounds of energy at 250 yards. If you’re looking to use your .30/30 to tag out on big critters like elk and moose, or if you’re looking for a bear defense load for your .30/30, this is the one.