Few rifle rounds have cracked the 4,000-fps barrier. But the quest for ultra-velocity has produced some real screamers 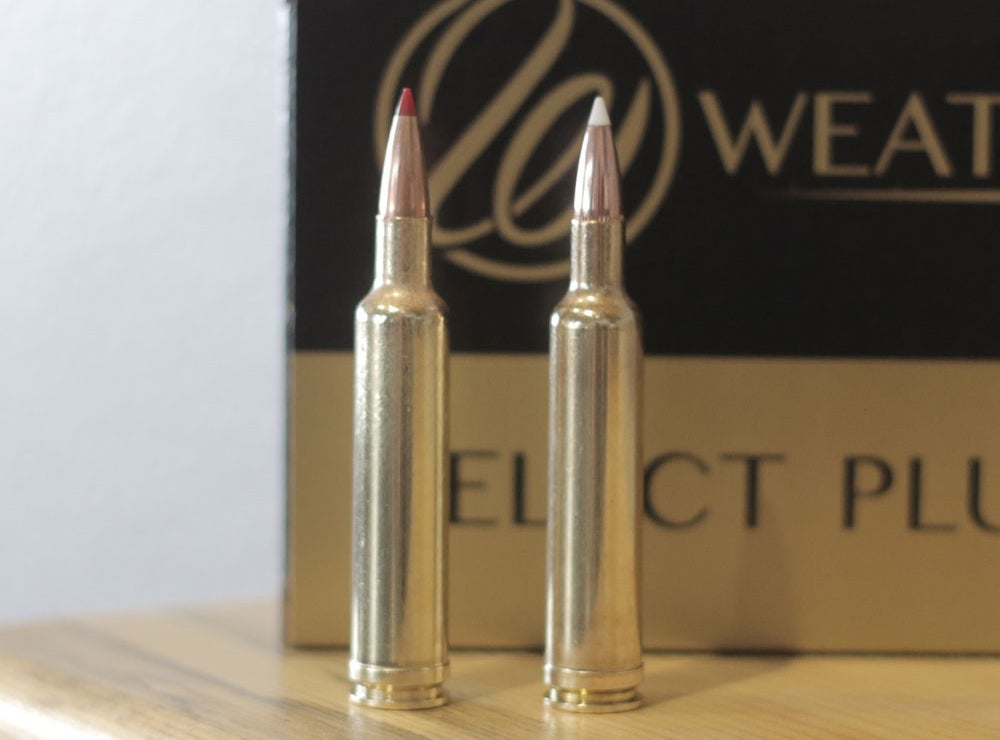 Rifle cartridges are not the most effective mechanisms for producing high projectile speed. Other things work much better. The 120mm smoothbore main gun on the M-1 Abrams tank fires a depleted-uranium penetrator rod at least 5,700 fps. (I’ve also heard 6,300 fps from someone who was in a position to know.). The Navy’s Rail Gun, which employs electric current rather than gunpowder, gets over 8,000 fps with its projectiles.

With rifles, alas, you run into the limited ability of brass cartridges to withstand pressure, of shooters to withstand recoil and muzzle blast, of bullets to withstand super velocities, and barrels to withstand the heat of hellish powder charges. In 1935, with the introduction of the .220 Swift and its muzzle velocity of 4,110 fps with a 48-grain bullet, we pretty much peaked.

Today, you can get a Swift up to 4,300 fps without blowing it up, and a very few rounds can hit 4,500, but the quest for ultra-velocity in rifles has come to a grinding halt. If we do crack the 5,000-fps barrier, it will probably be done with something other than gunpowder and bullets.

But it was fun while it lasted. Here are the speed demons that I know about.

To create this cartridge, Winchester necked down a case of breathtaking obscurity called the 6mm Lee Navy, which had been very briefly adopted by the U.S. Navy and Marine Corps for the straight-pull M 1895 Lee rifle. Neither rifle nor cartridge was a success, and they were dropped in favor of the .30/40 Krag-Jorgensen, which did not last long, either.

The case is a big one for a .22 centerfire, and it is semi-rimmed. The Swift required Winchester to design bullets that would stand up to extreme speed. (I’ve seen Swifts liquefy lead cores; the targets were sprayed with it. I’ve also seen bullets literally vaporize a few yards from the muzzle.) Because barrel life was so short, Winchester turned to stainless, and discovered that you couldn’t blue stainless steel, so the tubes had to be iron-plated and then blued.

Gun writers, not knowing what to make of the Swift, decided that it was creepy, unnatural, and dangerous, and printed nonsense about it by the ream. But the Swift survived because it’s a hoot to shoot, very accurate, and presents no more problems than any other cartridge. I had a very good one for a long time, and my chosen load fired a 50-grain bullet at 3,900 fps and change. I recall that I could load 40-grainers to 4,300. If you’re looking for a light-kicking big-game rifle that kills like electrocution, load a Swift with 60- to 70-grain bullets.

Like the Swift, this is an ancient round that has held up astonishingly well. Designed by Roy Weatherby in 1944 and offered for sale a year later, it was his favorite of his entire line, and when called upon to cite the virtues of hypervelocity, this was the cartridge he cited.

Based on the H&H Super 30, it is typical of all the Weatherby Magnums in that it has very little body taper, a sharp, radiused shoulder, and gobs of powder capacity.

I got my first one (there have been several; I own a very pretty one at the present) in 1965, when I was a woodchuck hunter, and I discovered that the cartridge was to pasture poodles as the A-bomb is to warfare. Weatherby rifles had 24-inch barrels then, and mine gave 3,750 fps with an 87-grain Hornady bullet.

It is, frankly, too much for varmints and is best used on big game at long range, where it has few equals. The best bullets, I’ve found, are 115- and 120-grain Nosler Partitions at 3,400 fps. Recoil is surprisingly light, considering how much powder is involved, but the report is severe, and barrel life is pretty short.

So far, I’ve listed cartridges that fire light bullets. This one deals in slugs that weigh 180 to 200 grains or more and had an unusual beginning. In 1959, the Army asked Roy Weatherby to build a single rifle/cartridge combination so it could test the effects of hyper-velocity metal fragments (mimicking exploded artillery rounds) on armor. The rifle Weatherby came up with, I recall, was a smoothbore, and for the cartridge, he necked down his terrifying .378 round to .30 caliber. Weatherby got velocities approaching 5,000 fps.

Naturally, word of this beast got out, and the .30/378 enjoyed considerable popularity as a wildcat. In 1996, Weatherby made it a production cartridge, and the last time I checked it was Weatherby’s most popular round. Weatherby loads a wide variety of ammo for it, starting with a 165-grain Barnes copper bullet at 3,450 fps and running up to a 220-grain Hornady ELD-X at 3,050.

As the only legitimate use of the .30/378 is on big game at extreme long range, the prudent hunter will go for the heaviest slug possible, as this will retain the most velocity far out on the horizon. Weatherby screws a 26-inch barrel onto its rifles in this caliber, and you can’t use less length. You must also use a muzzle brake. I speak from experience. You must have the discipline to reserve the cartridge for ranges of 400 yards or (much) more. Closer than that and the damage is horrendous. You must wear ear protection, even when hunting. Keep in mind that barrel life is short; I’ve heard as little as 600 rounds.

Technically, this one doesn’t belong on this list because its velocity is only 3,550 fps. However, the Clark was designed in the early 1960s, and it produces those speeds with 80-grain bullets, putting it roughly half a century ahead of ultra-modern long-range loads such as the .224 Valkyrie which shoots 90-grainers at the same speed.

The .224 Clark is the brainchild of a gunsmith named Kenneth Clark of Moderna, California, who figured out half a century ahead of everyone else that it’s not your initial velocity that counts, but retained speed downrange. (Thus, you now have .223 shooters who are required to use 77-grain bullets for mid-range targets at 600 yards.)

Clark picked the .257 Roberts case, blew it out, gave it a 30-degree shoulder, and designed his own 80- and 82-grain bullets. The best rate of twist was 1-9, which is fast and puts a lot of stress on slugs, so he built them strong and came up with a double jacket for the heavier slug, knowing that people would use it on big game.

The .224 Clark worked just fine. Jim Carmichel had one and liked it a lot. But it never got a lot of publicity, and it’s a barrel chewer. Nonetheless, it is a truly visionary round, and deserves mention here.

If you’re looking for extreme, here’s your huckleberry. The .22 EL was the brainchild of gunsmith and wildcatter P.O. Ackley, who built it in the early 1960s with the express purpose of breaking the 5,000 fps mark. It was the apocalyptic .378 Weatherby Magnum necked down to .224 with, as nearly as I can tell, no other changes.

Ackley shipped his .22 EL rifle off to one Bob Hutton who operated Hutton’s Rifle Ranch in Topanga, California, and did all the rifle testing for Guns & Ammo magazine back in the 60′s. (The ranch was situated in a box canyon, which meant Hutton could get away with any amount of noise. Today he would be Taken Away for Questioning.)

Using 50-grain bullets, Hutton reached 4,600 fps and hit a wall. He never got beyond that point. It’s possible that with today’s ultra-slow powders he might do better. Regardless, you gotta love the name.