Gas Vs. Inertia Shotguns—Which is Better?

Gas shotguns are softer-shooting. Inertia guns are ultra-reliable. Here’s how to know which one makes for the best semi-auto shotgun for you 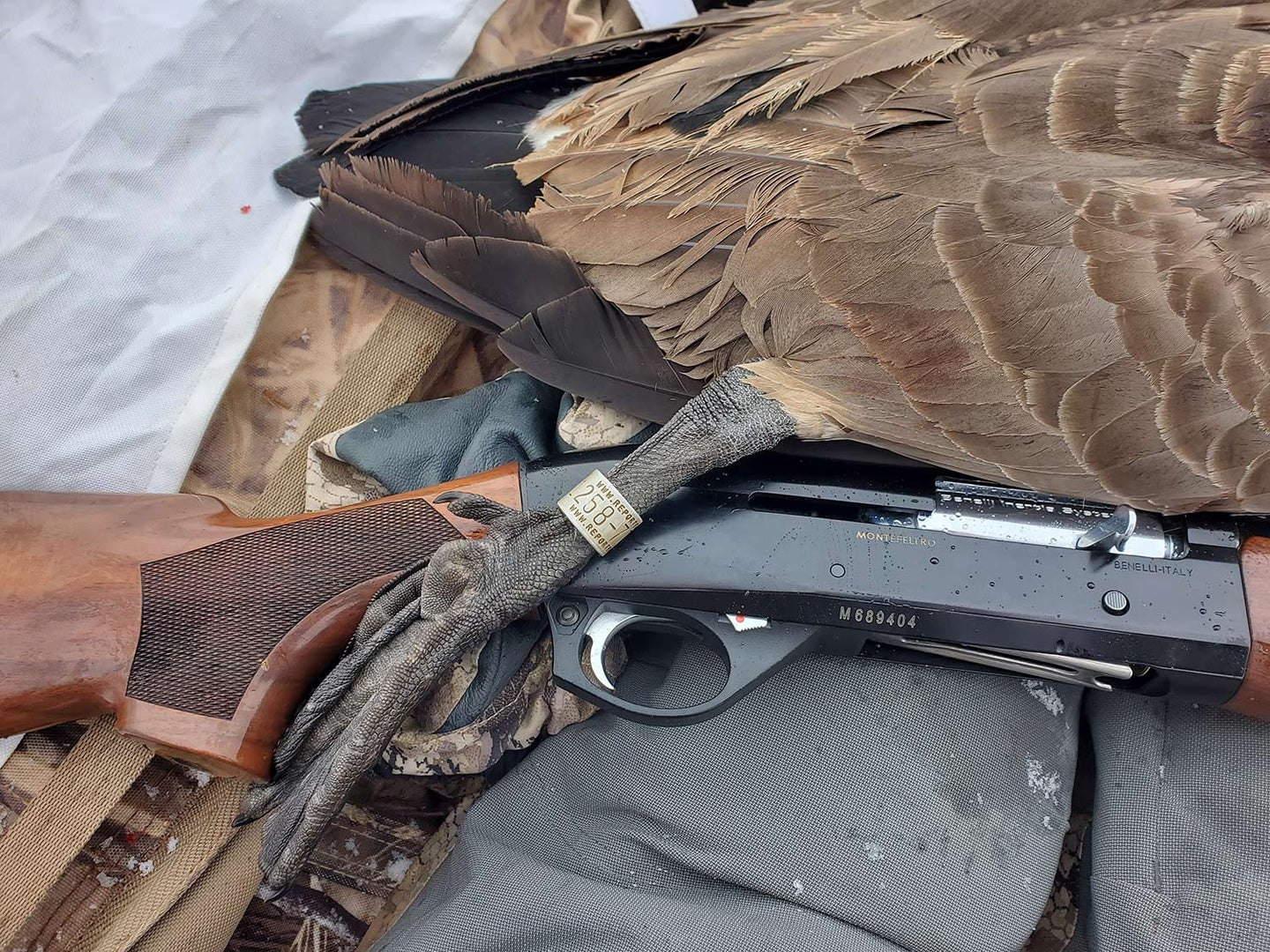 On a cold, late-season hunt, the author took this banded goose with an inertia-operated Benelli Montefeltro. Phil Bourjaily
SHARE

When you buy a semi-automatic shotgun, at some point along the decision tree you reach a fork: gas or inertia. Both operating systems work and both have their fans. So which makes the best semi-auto shotgun? Well, both have their pros and cons, too. So, let’s take a closer look.

A gas gun is essentially an internal combustion engine. When you pull the trigger, expanding gas pushes the shot down the barrel. Ports drilled in the barrel of a gas gun bleed off some of these gases and use them to cycle the gun’s action. The gases push against a piston, which in turn pushes against a sleeve or rod connected to the bolt, forcing it backward to eject the spent shell. An action spring, usually located inside the stock, pushes the bolt forward again and a carrier lifts the next shell from the magazine and up into the chamber.

Inertia guns make use of the gun’s recoil to operate. They have a two-piece bolt with a stout spring inside. When the gun recoils, the mass of the bolt holds it in place as the gun moves backward, locking the action tightly and compressing the spring inside the bolt. As the gun’s rearward movement slows, the spring opens, throwing the bolt back and ejecting the shell. Then, an action spring (like the one in a gas gun) pushes the bolt forward, and the carrier lifts the shell. The bolt slams shut, and the gun is ready to shoot again.

Read Next: The Best New Shotguns of 2021

The main advantage of the gas gun is greatly reduced felt recoil. Recoil energy is stored in the moving parts of the gun—the bolt, piston, sleeve or action bars—then released as they move backward and come to a temporary stop as the gun cycles. As a result, the gun’s recoil is divided into two or three small pushes instead of one larger one, and the sensation is much more like a shove than a punch.

Gas-operated semi-autos are therefore popular with target shooters and with hunters who shoot heavy waterfowl and turkey loads, as well as with anyone sensible enough to understand that the less shooting hurts, the more fun it is.

I keep a gas gun as a backup to my over/under target guns on days when I have to burn up heavy, hard-kicking target loads. I also have a couple I primarily use to teach new shooters, because I know the lesson will go better if my student is not getting pounded.

The disadvantage of gas guns is that they get dirty. Bleeding gas from the barrel introduces burned residue into the system and even into the receiver. When it builds up, the gun stops working as it should. Simply cleaning the barrel isn’t enough to keep a gas gun running, either. You have to clean the parts of the gas system and periodically clean the bolt and trigger group, too.

That said, gas semi-autos have come a long way since the Remington 1100, the first really successful gas gun, which came out in 1963. An 1100 needed cleaning every couple hundred rounds, while modern semi-autos can go 1,000 to 2,000 rounds between cleanings, although it’s better to clean them more often before too much carbon builds up.

People will disagree with me, but I have had trouble keeping gas guns working in very cold weather (10 degrees and colder), although I have talked to plenty of shooters who strip the oil off their guns or use a dry lube and have no problem at temperatures below zero.

Inertia guns work in all conditions. Where grit and sand might strangle a gas gun, most inertia guns will keep going. When I expect a very cold or muddy hunt, I bring an inertia gun. They seem to work better for me in any weather, and many hunters agree.

Cleaning an inertia gun is a snap, too. Unlike gas guns, there are no rings and pistons to take apart, and powder residue doesn’t get into the action. You still have to take the bolt and trigger group out and clean them once in a while, but on the whole, inertia guns are very low maintenance.

Another advantage of inertia guns is the way they handle. Although gas guns can be just as light and just as well balanced, the lack of gas-system parts under the forearm means inertia guns can have a trimmer feel in your front hand that makes them easy to point naturally.

The downside of inertia guns is that they don’t offer nearly as much recoil reduction as a gas gun does. Honestly, I don’t feel much difference when I am all bundled up and hunting ducks, but it’s also true that the two hardest-kicking shotguns I can remember shooting were a pair of lightweight, 3½-inch 12-gauge inertia guns. Not only were both unpleasant to shoot, but I was unable to get back on target to make effective follow-up shots with them when shooting 3½-inch loads.

Inertia guns also have one small Achilles’ heel, although manufacturers are solving the problem. These semi-autos are easy to knock just slightly out of battery, and when that happens, the gun goes “click” instead of “bang.” I did it just this past fall. The bolt handle of the gun I was shooting must have snagged slightly in the ghillie blanket I was hiding under, and when I came up to shoot, nothing happened. Benelli offers an “Easy Locking” bolt on some models (Super Black Eagle 3 and Ethos) that always go into battery. Retay’s Inertia Plus bolt is also much more difficult to knock out of battery.

So, Which System Makes for the Best Semi-Auto Shogun?

It depends, of course—on who you are and how you’ll use the gun. Generally speaking, a gas shotgun is best for new or otherwise recoil-sensitive shooters, as well for anyone who shoots a lot (target shooters and dove hunters) and/or shoots mostly heavy loads (goose and turkey hunters). Gas guns are a better fit for the fastidious, too. If you’re the sort who takes pride and some enjoyment in caring for your possessions, you won’t mind cleaning your gas gun on a regular basis.

Inertia guns, on the other hand, get the nod if reliability is your main concern—if you just want that gun to go bang no matter what the weather or no matter how much you’ve neglected it. They are also preferred for upland hunting (because of their trim lines), and for people who don’t like cleaning their guns very often.

My solution, and one I highly recommend, is to own several of each. If I want to shoot a sem-auto, I grab a gas gun for busting targets or hunting for doves or geese in decent weather. Otherwise, I’ll opt for an inertia gun. You probably have room in your safe for another shotgun or two, right? If not, they do sell bigger safes.