Would You Shoot an Albino Deer?

Our rifles editor answers your questions on guns, shooting, hunting, and more 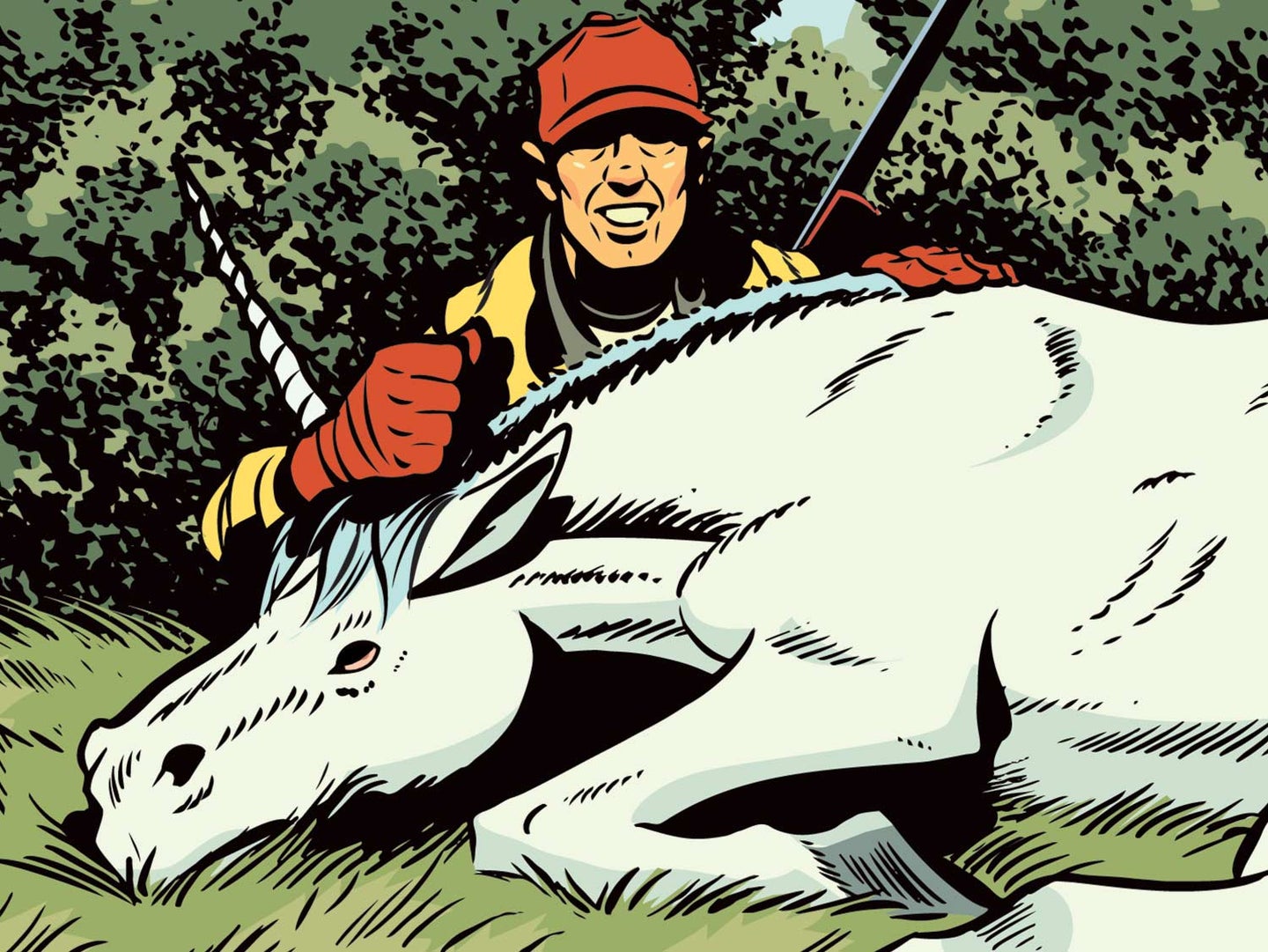 Illustration of a hunter and a unicorn. Mark Matcho
SHARE

A: Absolutely not. I’d no sooner shoot an albino deer than I’d shoot a unicorn if one happened to show up. An albino anything is a rarity, and to take its life just to have a different trophy should be rewarded with a flogging.

Q: I’m planning to use Winchester’s new 350 Legend for deer in Ohio this year. How will it do for bears in my home state of Wisconsin? —Jim Tinlin, Bonduel, Wis.

A: It should do just fine. I have not found black bears to be particularly tough. Use Winchester’s 160-grain Power Max Bonded loading.

Q: I’ve always thought that the smallest possible group size is the diameter of the bullet. Is that right? —Neville Blakemore Jr., Louisville, Ky.

A: No. The smallest would be .0000, or however far you want to carry it. To get a correct group size, measure the distance between the outside of the farthest bullet holes and subtract the bullet diameter. You need a caliper for this. Say you’re shooting a .308, and the outside distance of your farthest holes is 1.320 inches. Subtract .308 from 1.320 and you get 1.012 inches, which is your group size.

Q: I want to buy my son a fixed-blade hunting knife that will also become a family heirloom. What do you recommend? —Warren Chase, Pittsburg, N.H.

A: Assuming you don’t want to spend a bundle, I’d look at the knives from Helle, which are made in Norway. They’re ­traditional-​looking, take a terrific edge, and most hunting models cost between $100 and $200.

Q: Settle a deer-camp ­debate: Who has the bigger advantage over game, a bowhunter with trail cameras or a gun hunter with a scoped ½-MOA rifle? —Marvin LaBerge, Pierre, S.D.

A: You’re comparing apples and oranges here, with a 40-yard bow and a 600-yard rifle. The difficulty in taking game with a bow is so much greater than taking it with any rifle that the comparison is meaningless.

Q: I’m an Eastern hunter and will be going on my first Western hunt for mule deer next fall. Should I put a bipod on my rifle? —John T., Richmond, Va.

A: I wouldn’t. The West is filled with boulders, conveniently placed for riflemen, to spare them from lugging a bipod around. Throw your pack on the boulder, lay your rifle on the pack, and have at it.

Read Next: Albino Bucks: Would You Shoot This Deer?

A: I’ve known a lot of intelligent people, and a fairly high percentage of them were first-class jerks that the world would be better off without. I’ll take kindness any day.

Q: I’ve always adhered to the 1,000-foot-pounds minimum for deer. Is that enough for elk? To be clear, I do appreciate the importance of bullet placement. —Bill Ockenden, Orlando, Fla.

A: It’s good you do appreciate it, because one of life’s truly meaningless exercises is using foot-pounds to pick a cartridge for a particular species. Shoot elk in the right place with a strong bullet, and they go down. Shoot them in the wrong place, and you’ll never see them again. It’s that simple. Don’t give foot-pounds another thought.