Moose aren’t especially tough, but they’re huge, and if you’re hunting them in bear country, you’ll want to come loaded for both 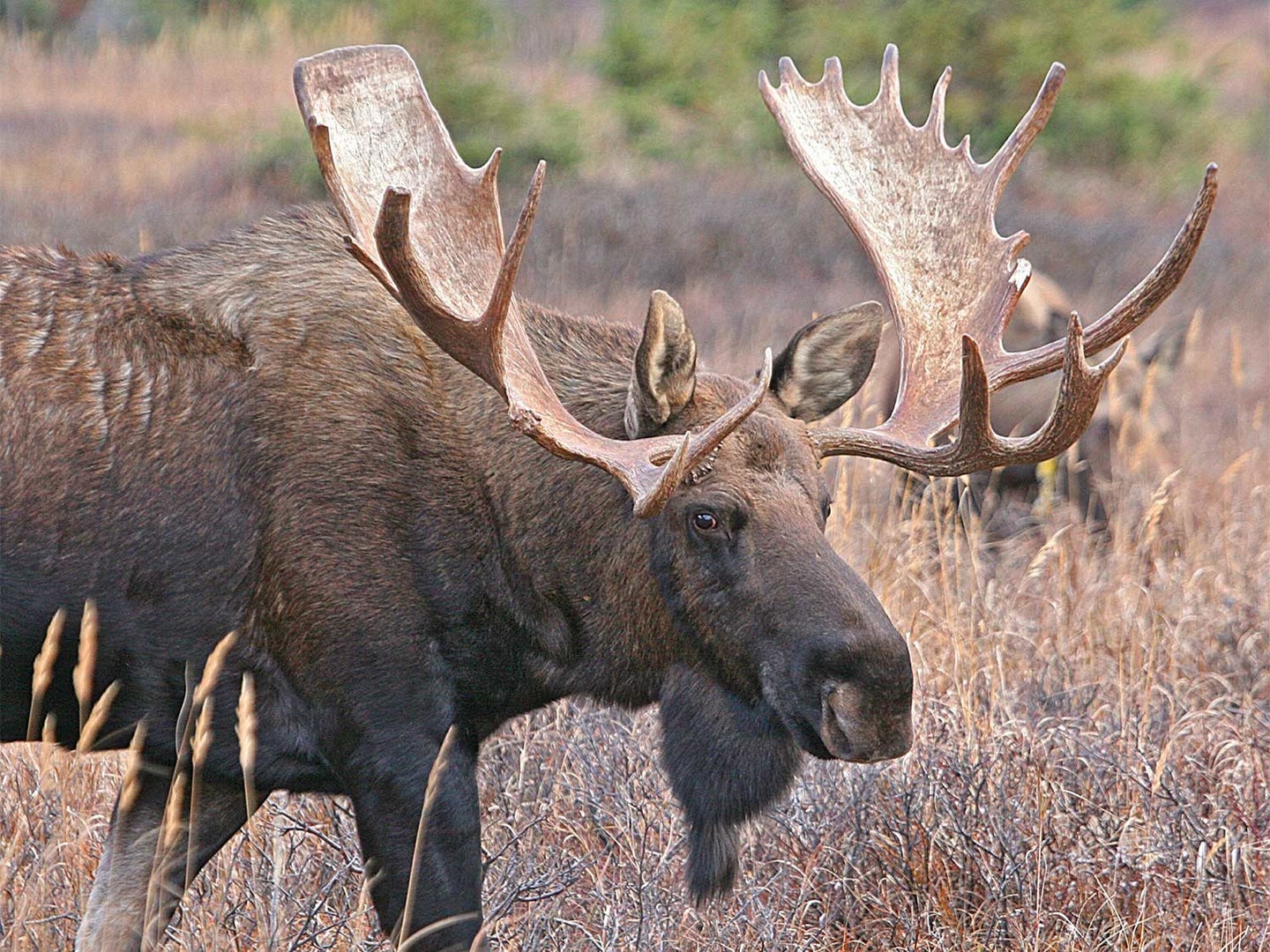 Comparatively few people get to hunt moose. In Maine, where we have masses of moose, the odds on drawing a tag in any given year are 1,300 to one. In Alaska, where the moose are many, and there’s no problem getting a license, but for a nonresident, it’s an expensive and difficult hunt.

On the other hand, I consider moose to be the best of all wild meats, and there’s a lot of it if you get one. So, let us consider the best cartridges for same.

Most moose are shot with deer rifles, and that’s fine, but if you’re hunting them in grizzly or brown bear country, your rifle must be able to deal with an ursine claimant to the dead body. I would not want to bluff a brown bear with a .270. So, most of the following cartridges are bigger than strictly required, but they’ll handle both jobs.

There are bog-trotting moose and ridge-running moose. The ridge runners can often be hunted on horseback, but the bog trotters are pursued on foot, and it’s some of the most frightful country I’ve ever sloshed through. If you carry a heavy, long-barreled rifle, you will regret it only once, and that will be continually.

So, with all of that out of the way, here we go.

This is about the smallest round I’d use personally, and I wouldn’t be entirely happy with it in bear country. Glenn Villeneuve, who was featured on Life Below Zero, killed some very big Alaska moose with a suppressed ’06, which is a very good idea, since bears now equate the crack of a rifle with a dinner bell. I don’t know what load he used, but the moose fell down promptly, and he hunted in open-enough country that the added length of the can was not a problem.

I would take a hard look at the relatively new Browning ’06 ammo loaded with 185-grain controlled-expanding BXC bullets. I haven’t used them on game, but I have run penetration tests, and “strong” hardly begins to describe BXCs. Accuracy was O.K., but no better; on the other hand, how much accuracy do you need for something that weighs 1,000 pounds, or double that?

Never mind that this ancient round began as a black-powder cartridge. It serves as both a mild-mannered whitetail load, and in its extreme version, courtesy of Buffalo Bore and Garrett, it bashes stuff. Both companies load hard-cast lead bullets to high (for the .45/70) pressures, and they are formidable rounds indeed.

Ammo of this order can be safely used in only two rifles that I know of. One is the Ruger Number One single-shot and current versions of the Marlin Model 1895 lever-action, and in particular, the Guide Gun. Both are short, handy, very reliable, and in the case of the Number One, terrifically strong.

Ruger now owns Marlin, and I have no doubt that what Ruger makes will work. But that’s in the future. If I were in the market for a used 1895 now, I’d look for a gun that was made in North Haven, CT. In the case of the Number One, they’re made in limited caliber issues each year, but there are .45/70s out there, and I would search the Internet for a Number One Tropical Rifle, which is a truly nifty firearm.

Right now, Buffalo Bore does not seem to carry .45/70 ammo on its website, but Garrett does. Start looking, and remember that what you want is hard-lead cast bullets of 420-grains plus, and 1,600 fps.

I’m including the Creedmoor because so many people consider it the Light and the Way. Maybe. What impresses me more is the fact that assorted Scandinavians have been taking moose with its ballistic twin, the 6.5×55, for a century, and it works just fine.

To be clear, I would not take a Creedmoor moose hunting in bear country. You are at liberty to do so, however, and as Griz breathes terrible bear breath in your face, you can tell him about how flat the rifle shoots and about the great groups you get. I’m sure he’ll be impressed.

And now, let’s move to the Obvious Suspects. The .338, with strong 250-grain bullets, removes all doubt, dispels all uncertainty, eliminates all worry. However, it kicks. That’s your problem. Man up. What you want is Nosler ammo with 250-grain Partitions, or Swift Ammo with 250-grain A-Frames.

Although it’s shorter than the .375 H&H, the .375 Ruger round produces the same ballistics, and it gets on this list because it’s chambered in the Ruger Hawkeye Alaskan, which is damn near the perfect rifle for hunting in that state. It’s short, light, impervious to weather, and a powerhouse. Current models have a Hogue synthetic stock. Earlier ones have a laminated stock in a bilious off-green. I’d look for one of the latter, only because I like the weight. The Alaskan comes with a muzzle brake, which is OK because it kicks. Remember to bring ear plugs.

Ammo? Hornady and Swift both load ammo for the .375 Ruger, and either one is fine as long as you get 300-grain bullets.