From a profile on the oldest hunter in America to a collection of wild tales from our editors, here are 10 stories to remember from 2019 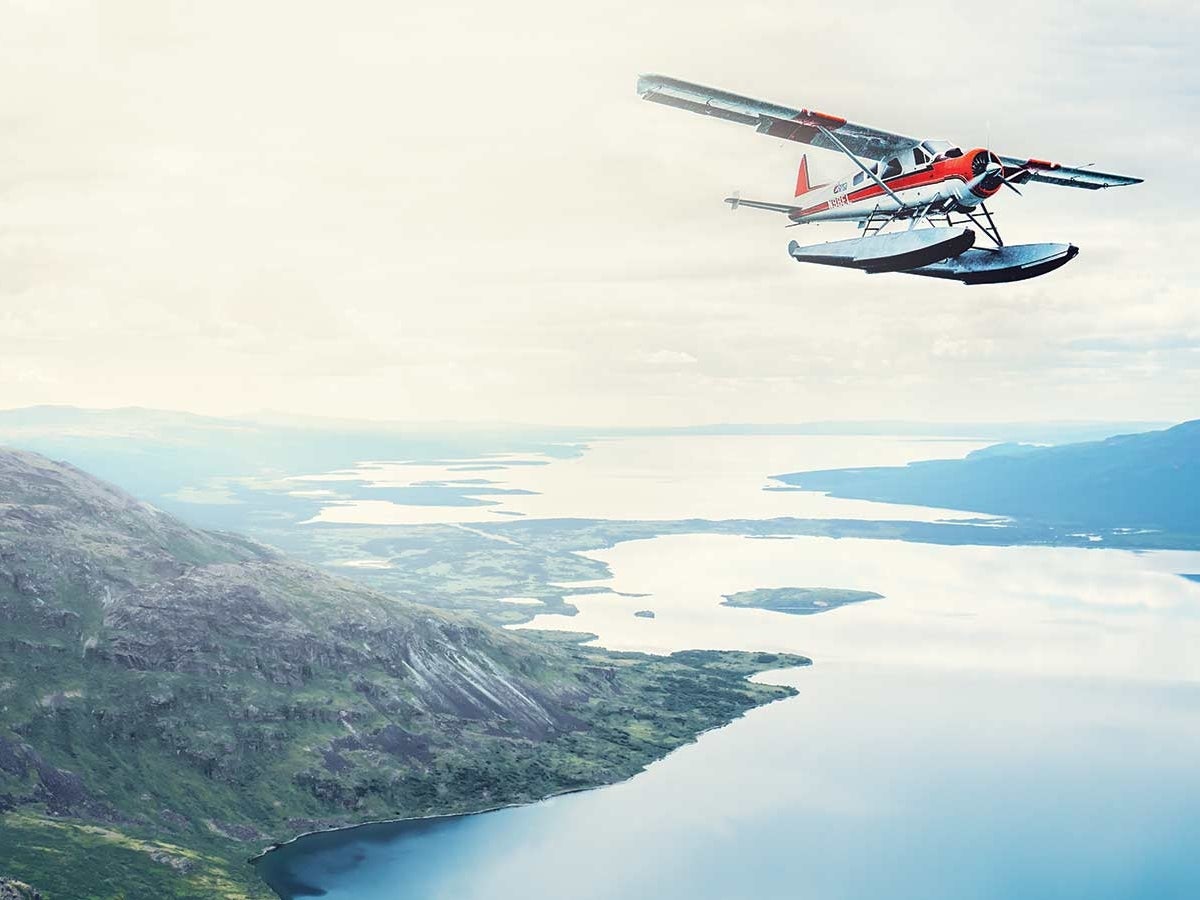 "Gifts of the Wild: Great Stories of the Outdoors" by The Editors. Andy Anderson
SHARE

One thing we’ve always held onto at Field & Stream is our love of a good story—stories about hunting, fishing, and the wild lands and waters that capture our imaginations. As we celebrate the beginning of another year, we’d like to share some of our favorites from 2019. Happy holidays, Happy New Year, and thank you for being a part of our story for all these years. 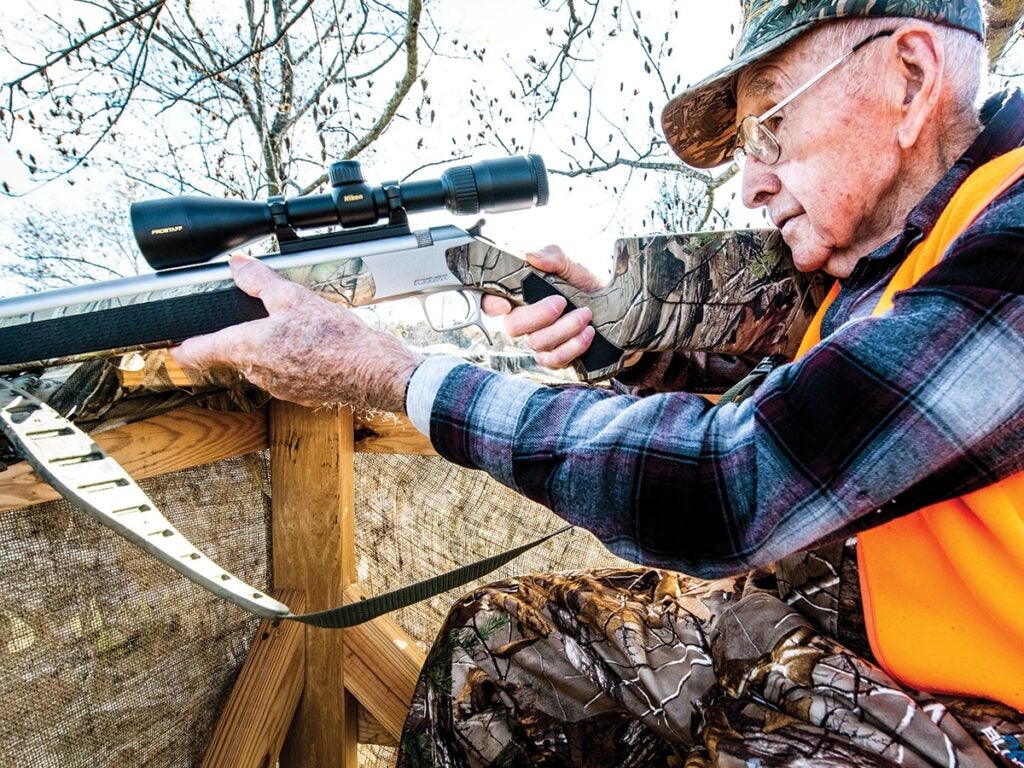 At 105, Clyde Roberts no longer stacks them up like he did at 100, when he took three whitetail bucks and two does in a single season. He still lives in the same house he’s been in for 70 years, still drives himself to church on Sunday, still mows and rakes his front yard. But he no longer hunts alone or climbs a 24-foot extension ladder up to his treestand. His son, Mike, 68, built him a sturdier perch a few years ago, one with wooden stairs and a handrail, and either Mike or Mike’s daughter, Christin, 45, now accompanies Clyde afield. But the oldest hunter in America still feels the pull of November in his blood, still feels the old urgency. [Read more »]

The alarm on my wristwatch buzzed, signaling the point of no return. It was 7:30, and had Matt Seymore and I stood up and left the woods right then, we’d have gotten back to school just in time for first period.

We’d left the same turkey gobbling on the same ridge the previous two mornings and beaten the tardy bell. But I didn’t learn anything in class on either day that was worth leaving a gobbling turkey for.

My own tags were already filled that season, so I was trying to call in a first bird for my best buddy. It was almost as good as carrying a shotgun myself, but it wasn’t without its own problems. Seymore was top of our class, and damned if he wasn’t proud of it. Worse than that, he’d been recognized in elementary school—twice—for yearlong perfect attendance. He never recovered and, in fact, went on to maintain perfect attendance for seven straight school years. A lot of calm and clear April mornings passed him by in that time.

To me, the subject of truancy meant comparatively little during hunting season. I was a good student and didn’t make a habit of skipping school, but Dad had been pulling me from class to go hunting since the sixth grade. Once I got my driver’s license and a beater four-wheel-drive of my own, he had to warn me not to let my grades slip simply because it was turkey season. [Read more »] 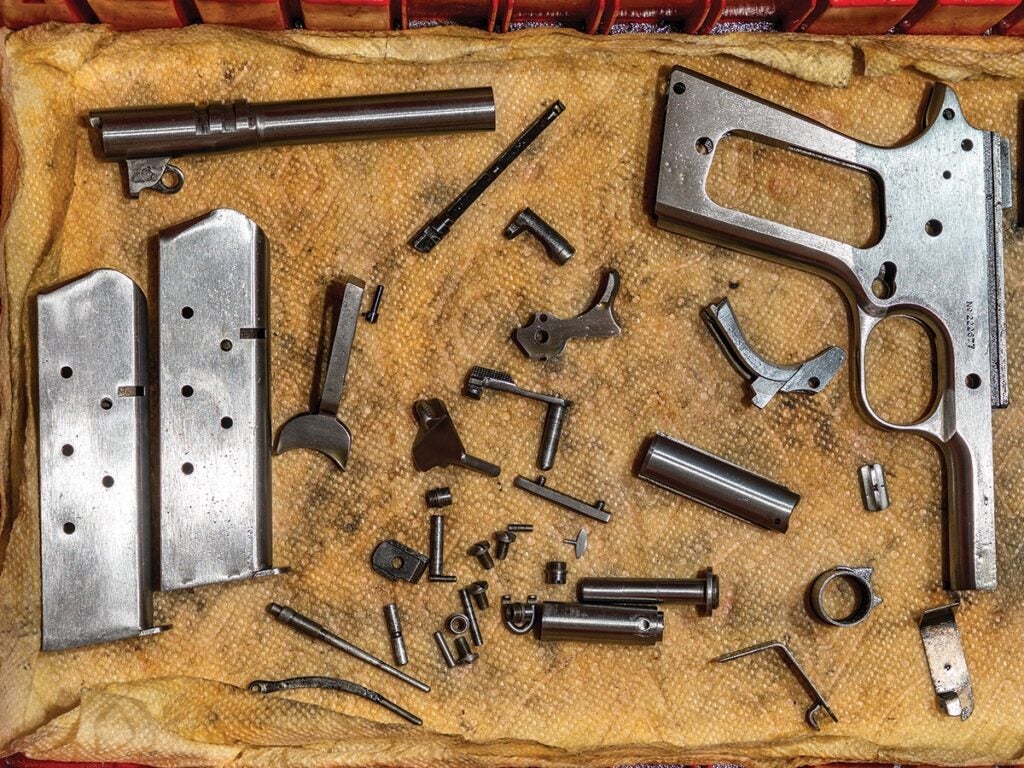 The fountain of youth for humans has yet to be discovered, but for firearms, it has been around since 1983, when an artist named Doug Turnbull began restoring old, classic guns for Creekside Gun Shop in Bloomfield, New York.

Among the discerning, the words Turnbull Restoration make the blood stir as Ferrari does for a sports-car nut, Fabbri for a lover of shotguns, or Randall for someone who dotes on knives. Turnbull and his 15 talented cohorts take the old, the battered, the neglected, and turn them to as good as new, or maybe a tad better. Turnbull Restoration guns—I swear to you—seem to pulse with inner light. [Read more »]

The other day, I shot a group from a lightweight .30/06 hunting rifle that measured .180 inch. This meant that I had put three shots through the same hole with one bullet straying just enough that it took a caliper measurement to detect it. If this had happened 20 years ago, I would have cut the group from the target, put it in my wallet, and showed it, hands trembling, to any shooters who could appreciate miracles, expecting to be called a faker. As it was, I tossed the target in the trash because I knew I’d see other groups like it this year.

Shooters have always strived for better accuracy and thus the ability to hit at longer ranges. But somewhere along the line during the last decade or so, this morphed into a national long-range obsession. Very quickly, we have come close to perfection in rifles and everything that goes with them. We take for granted things that were unimaginable just a little while ago.

And because of this, we can now routinely hit targets that are so far out that it’s hard to see them with the naked eye. Is this a good thing? Sure it is. Is everything that stems from it good? Actually, no. So how do you tell the difference? [Read more »]

From our elaborate hide of pressure-treated lumber and trimmed branches on the edge of a cut cornfield, he stares at a row of heavy pines a few hundred yards away. “Look at that mob way out there,” he says. A murder of 200 crows sits in the trees. From here, they look like Halloween decorations. Gifford—better known as the Crow Man around here—taps his foot. He picks up his 12-gauge o/u—the stock dipped in a skull-and-crossbones pattern—then sets it down. He does this again and again, his eyes never straying from the birds in the trees.

We hunker down as a lone crow floats in over our spread of two dozen black flocked decoys that Gifford designed himself. I shoot first—and miss. Our mutual friend, Josh Dahlke, follows with his own miss. My second shot finds the bird high, directly overhead, and the crow folds on the wing, spiraling as it falls, and lands a few feet from the blind. A second crow comes in from behind us. I shoot, and again the bird spirals out of the sky.

“Look at that mob!” Gifford says again. The roosted birds flare at the sound of gunfire. They circle above the pines, then settle back into their dark fortress. Gifford goes out to retrieve the dead birds. “See ’em all skagged out?” he asks, fanning out a wing. “Brown feathers. They’re juvies. Dumb birds.” He takes a deep breath, drops the birds beside the blind, and slumps back into his seat. “This ain’t distinguished, man. Feels like Florida.”

I have absolutely no idea what he’s talking about. [Read more »]

6. Great Stories: Gifts of the Wild

The dawning of any single day in the outdoors is a gift. And that’s only the beginning. Imagine saying “thank you” enough times to adequately appreciate the breadth and variety of the places we take in as though they were given to each of us, personally—the lands we hunt and the waters with fish—all gifts of nature, teaming with more gifts.

If you spend a lifetime, or even half a lifetime, in the outdoors, you’ll receive a treasure trove of tools and totems and mementos. Stuff, in a word. But stuff imbued with meaning by the giver, like a grandfather’s shotgun handed down to seal a bond. Or stuff that we discover ourselves in or pour our passion into, like a first fishing rod or recurve bow. Some gifts aren’t given in any formal sense, but are received just the same: lessons, examples, and time shared by mentors and friends and sometimes even strangers. As outdoorsmen and -women, we are rich, for sure.

And that’s what this collection of great stories is all about. When we reached out to our best writers for ideas, there was a bit of a problem, though. A good problem: too many gifts, and the struggle of deciding which ones to appreciate on these pages. Here is what we chose, 21 stories in all. A gift, you might say, from Field & Stream to you. We hope you like it. [Read more »]

“You’re gonna bust those goats,” Jim Schiermiester said. He was squinting up the ridge, where a khaki arc of sagebrush scrubbed an endless blue sky. Schiermiester has owned this family ranch for decades, so he knows these pronghorns better than most. “Just one of you go.”

I followed his gaze to the top of the rise, trying not to look at my son, Jack. He had filled his Wyoming pronghorn tag the day before, and as the shot went off, I was close enough to hear his breathing. That’s what he and I had hoped for over the last few weeks while thinking about this trip—each of us sharing that moment: after the stalk, after the crawl, after you will your lungs to heel and you settle the crosshairs.

“You’re probably right,” I said. “But it’s a package deal. Been the point all along.”

Schiermiester pursed his lips, then gave a little shrug of his shoulders. The gesture was clear: Then it’s all on you.

I nodded at Jack. He grabbed the shooting sticks, and we headed into the wind. [Read more »]

8. What the Hell Is Wrong With Me?

Not long ago, I received this email from a reader:

I’ve been a serious hunter for all of my 61 years. I’ve chased virtually every game species in the Western U.S. and Alaska.

But I have a problem. Over the past couple of years, I’ve had trouble pulling the trigger. Mechanically I’m fine. Mentally, not so much. I just don’t enjoy the killing part anymore. What the hell is wrong with me?

My answer: Probably the same thing that’s wrong with me. Having hunted for 60 years, I now do very little of it, probably for the same reasons as you. [Read more »]

Looking at the numbers, the compound bow business is in trouble. Pro shops are closing, and bowhunter numbers are falling. The reasons are no doubt complex (the steep price of the equipment, for example, hasn’t helped), but there’s been a big, undeniable change in the bow woods over the past decade: Crossbows have surged in popularity.

In 1979, Precision Shooting Equipment introduced the Crossfire, the first commercially successful compound crossbow built for modern sportsmen. It was championed by PSE founder and bowhunting icon Pete Shepley as a tool that could help recruit new hunters.

“Pete really took a lot of heat over crossbows,” says Blake Shelby, current executive vice president for PSE. “But we pushed to get them legalized, hoping they’d get more people into archery.” [Read more »]

10. How to Sharpen a Knife to a Razor’s Edge

Before we get too far into this, I have to confess that I can’t take any knife and get it shaving sharp. Possibly someone can, but not I. That’s because not all knives are created equal. Some, with the proper attention, can peel the hair off your arm. Some can take an acceptable edge. Some will never be able to slice warm marzipan. So, I buy only knives that I know can equal a straight razor with a little work.