The 7 Hardest Animals to Hunt

You'd better shoot straight when hunting these big-game animals. Or you will regret it 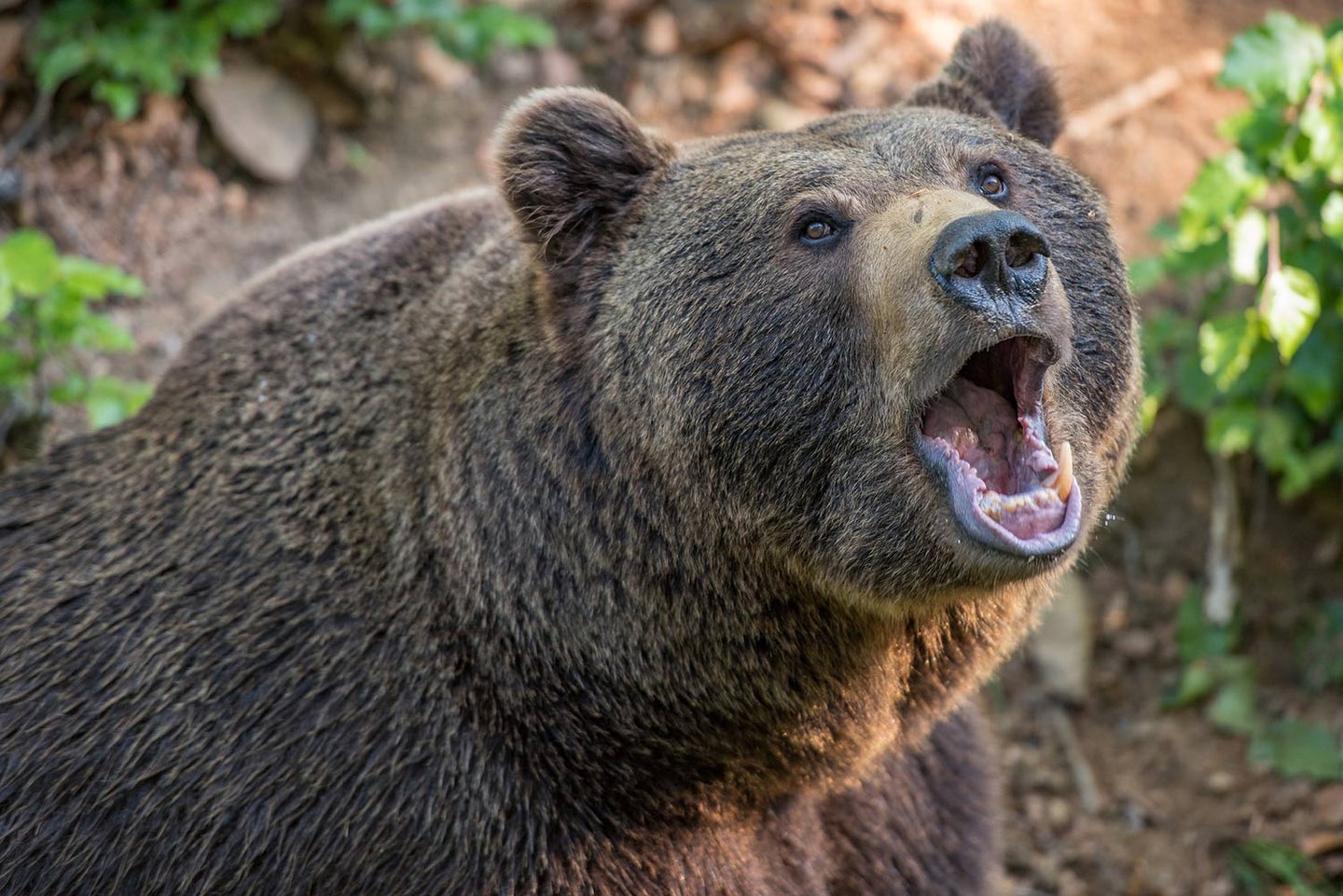 Originally, I was asked to write an article about which animals are hardest to kill. However, after reviewing decades of shooting all manner of beasts, I realized the evidence is hopelessly contradictory. So, I considered the hardest animals to hunt. That could refer to an animal’s illusiveness. You may hunt very hard indeed and never even see some creatures. But not seeing game is a lot easier than getting your face slapped off or being stomped or climbing a talus cliff with a goat on your back. And so, I have settled on seven animals on which you must pull the trigger with great care, because you’ll have cause to regret it if you shoot badly. Some will want payback, and the rest will make you work so hard you’ll wish you hadn’t shot in the first place. Here is my short list.

Life is not easy for leopards. Baboons, upon which leopards love to dine, go into a frenzy when one is near, and the troop will gang up on the cat to tear it to pieces. Hyenas drive leopards off their kills. One on one, a leopard can kill any hyena that ever lived, but hyenas don’t come at you one on one. And then there are people. People bait leopard trees, and when old chui leaps up into the branches to dine on whatever’s rotting, he gets a bullet, sometimes in the guts.

Then it’s time for payback. Leopards do not simply slink away to die. They want to even things up in the time they have left. Leopards are neither big, nor tough, nor hard to kill, but they are blindingly quick and able to conceal themselves in no cover at all. A wounded one will go off a short distance and wait for whoever follows.

There’s an additional hazard. Because leopard attacks come with such speed, the average hunter cannot be trusted to keep a level head in the heat of battle. For this reason, PHs rarely let their clients follow up a wounded leopard. If you do get such an invitation, you have just been given the greatest compliment you will ever receive.

The mountain goat is not a killer of men, nor is it the hardest animal to kill, but it inhabits country that can make you wish you were dead. Actually a species of antelope, the goat has learned to live at elevations where oxygen is in short supply and where wild sheep say, “Are you kidding?”

Goat trouble comes if you don’t drop the beast in its tracks, or after a few halting steps. The creatures have a fondness of taking their leave of the Earth by rolling several thousand feet into places that are almost impossible to get in and out of, or by taking a swan dive that breaks off a horn, or a combination of the two. A mountain goat hunt involves big chunks of money, lots and lots of physical effort, arduous travel, and an absolute obligation to pack a dead animal out. Your guide will probably do a lot of the heavy lifting, but you’ll be honor-bound to participate.

Cervus canadensis is big, tough, heavy of bone, muscle, and hide, and there is no quit in him. Moose are bigger, but if you shoot one properly it will go down in short order. Elk, if shot properly, will sometimes go down in short order, or they may decide to run 15 miles. I’ve seen more elk hit and lost than any other animal.

The first elk I ever saw shot was hit where the Adam’s apple would be on a human. The crummy bullet (of which there were lots and lots in 1972 when this happened) blew up, and the animal ran a mile, died in his tracks, slid down a steep hill, and into a narrow canyon whose sides were nearly vertical. It took four people working from can to can’t for four days to get him packed out.

The answer is not a cannon. Two of the elk I know of that were lost were shot with a .338 and a .300 Win Mag. One of the biggest elk I’ve ever seen took a step or two after a single hit from a .280. Jim Carmichel told me that the quickest, deadest elk he every saw shot was done in by a .250 Savage. Ellen Trueblood, Ted’s wife and an accomplished hunter, used a .257 Roberts.

These game animals are simply tough. Use a big gun if you can handle it, shoot good, and be ready to track.

There is the common eland, and the Lord Derby’s eland. The first goes around 1,200 pounds and the second gets up to a ton. Both game animals are gentle, unaggressive animals, but both can soak up a lot of foot pounds, and then if they’re not hit fatally they’ll start to trot, and they will keep it up just about forever and put an absolutely astonishing amount of distance between them and you.

I’ve been on two chases after wounded eland. On the first, I made what should have been a fatal shot but wasn’t, and the PH, who could run like a deer, got to the bull before he could cross the entire Kalahari Desert. (I run like a deer with three broken legs.) The second eland was shot by someone other than myself, and we tracked it for three days before it was apparent that it was eating and drinking and not bleeding and was going to recover. But it moved so fast and so continuously that we never got a glimpse.

If I had it to do over, I would not shoot an eland.

Poor old nyati is everyone’s Exhibit A when it comes to soaking up tons of muzzle energy and still inflicting great bodily harm on whoever unleashed the muzzle energy. There’s no doubt that they can absorb an incredible amount of punishment before they expire, and that they are adept at dishing out payback. They are hard to kill animals and deadly if wounded. But unmolested, buffalo are simply wild cattle who want you to leave them alone.

I’ve had two charges. One was after I’d already shot the animal fatally with a .375 H&H and was running after it to finish it off, and the other was when I and another hunter were trying to track down and kill a cow that had a hoof swinging by a tendon, courtesy of a poacher’s snare, and was out of sorts.

Otherwise, every other buffalo I’ve shot has gone down in its tracks or made it 100 yards or less before giving up the ghost. I know PHs who have shot thousands of buffalo on control with never an incident. That said, you don’t want to risk it. Use a big gun and shoot where you’re supposed to, and you’ll be a boring buffalo hunter.

These are two* of Africa’s three premiere large antelope. Both are in the 500-pound class, and both have a deserved reputation for being hard to kill animals. The complicating factor is that both are comparatively scarce, and are very expensive trophies, and the rule in Africa is, if you draw blood you buy the animal, so you don’t want to hit one and lose it. A bowhunter friend of mine hit a wonderful roan a bit low; the shot would probably have killed a lesser beast, but this one ran off, and we tracked it, and tracked it, but could not catch up. On the second day of tracking he hired a helicopter, which located the animal, and he was able to get to it (on foot, not in the chopper) and finish it. God knows how much the helicopter cost, but it was better than losing the bull, which would have died eventually.

I shot my roan with a .300 Weatherby and 180-grain Nosler Partition bullets. He soaked up five of them, right where they should have gone, and showed no sign of it. The PH was frantic; he thought I was missing. Finally, the roan keeled over.

I shot my sable with the same rifle. He took one shot, galloped madly for 100 yards or so, came to a screeching stop, raced back to the exact spot where I’d shot him, and fell over dead. When we dressed him out, we found a perfectly expanded 300-grain .375 Winchester Silvertip bullet in his guts from a previous shot. He was otherwise in perfect health. That’s pretty tough.

*(The third major antelope trophy is the greater kudu. I have shot lots of them, and my experience is you could swat one with a rolled-up newspaper and it would fall over dead.)

Most bear-involved disputes (I’m lumping black bears, grizzlies, and brown bears together) are caused by misadventure. Sows with cubs are very touchy, extremely unpredictable, and dangerous. Boars are territorial. Grizzlies who know what a rifle shot means are looking for a free dinner. Black bears are easy to kill; I don’t know of, and have never heard of, an armed man being taken apart by a black bear.

Grizzlies and brown bears are another matter. Having spoken with two survivors of bear charges, one a brown bear sow with cubs and the other a grizzly boar after a dead caribou. If I had to tangle with either, wounded or otherwise, I would not put my faith in a handgun.

I would carry a rifle. A big rifle.