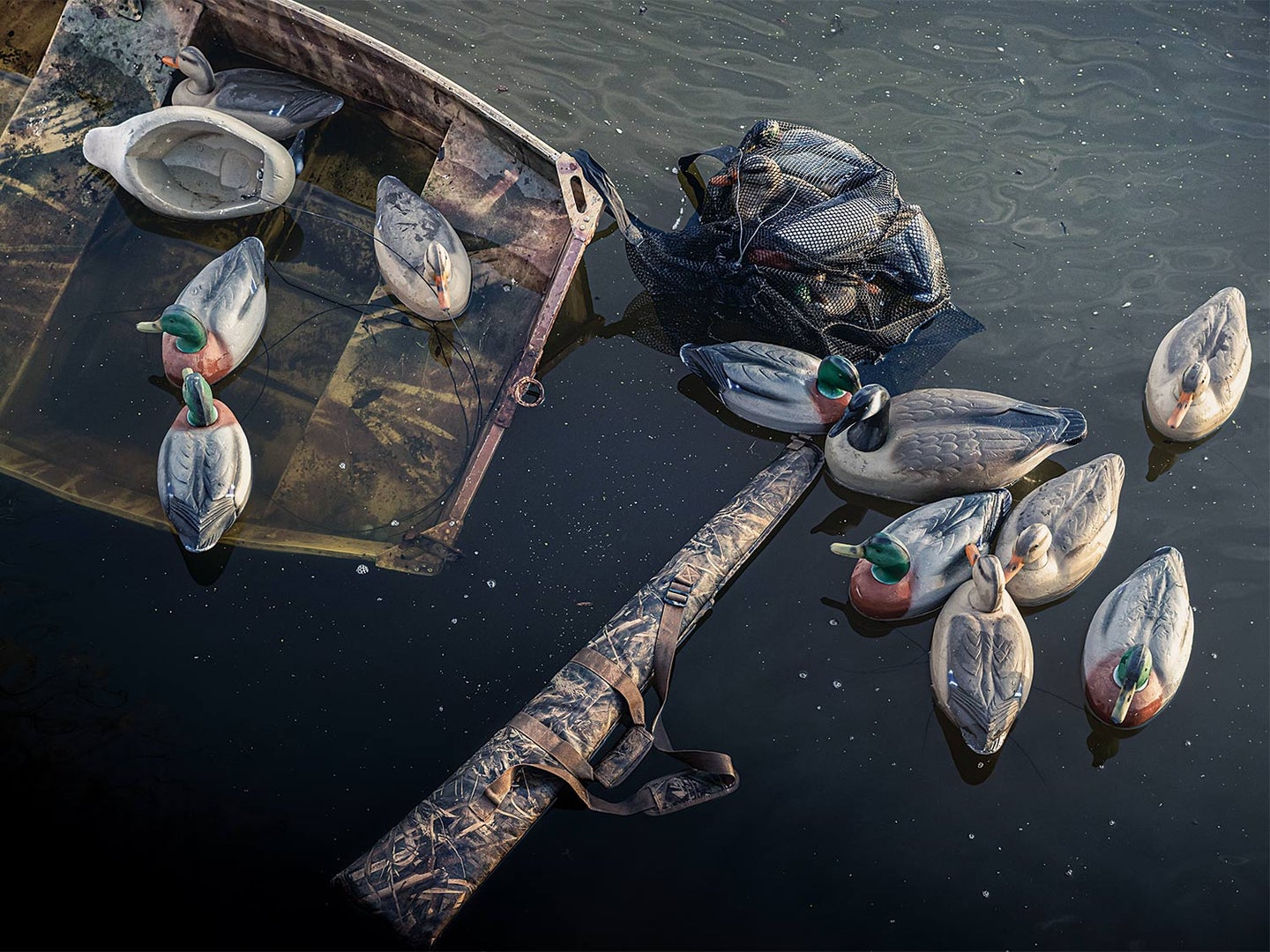 For the author and buds, dreams of an unforgettable outing went down with an overloaded johnboat. bill kercher
SHARE

The three of us rushed before dawn, flickering figures in headlamp beams, piling gear into Ralph’s 10-foot johnboat. Ralph and I had been chasing ducks up and down the shores of Lake Champlain for a ­decade or so, and we had a feeling about the November day ahead of us. As we explained to Marcel, a fishing friend on his first hunt with us, the night had been the coldest of the year and had frozen the marshes solid, and that would push the ducks to the lake’s shoreline—and right to our blind.

With light creeping into the sky, we were in the two-minute drill, loading shotguns, shells, thermoses, lunches, and binoculars. Then four sacks of puddler decoys and one of whistlers, plus a dozen Canada goose floaters.

Finally, we cleared some ­silos of empty space between the gear and wedged ourselves in, with Ralph at the tiller, me somewhere near the middle seat, and Marcel in the bow, barely visible beyond the bag of whistlers.

The motor coughed, and we were on our way, plowing through the grayness of first light toward the other side of the bay. Almost immediately, the decoys in front of me appeared to levitate, and Marcel’s head disappeared behind a mesh sack of cork blocks.

“Marcel!” I yelled. “The decoys are flying out of the boat.”

I spun toward the stern and yelled at Ralph, but he was facing away and monkeying with the motor’s choke.

“Abandon ship!” sounded from the bow as Marcel grabbed his gun and a couple of goose decoys for water wings and began dog-paddling back toward shore. Then I went down—­although it seemed more like the water came up, right over my head. I pushed off the bottom with my feet and resurfaced, the air stinging. An involuntary yelp worked its way up my throat and out of my mouth, and hearing it, I realized this was serious.

The problem was the water filling my waders and the weight of the shells in my pockets. But I kicked and splashed, and after 10 yards or so, I could stand. I found my cased shotgun floating among the decoys, and then I sloshed over to Marcel, who looked like a muskrat, with his sopping mustache and beard. Steam billowed from his upper body. Ralph, in up to his armpits, had a hold of the boat and was wrestling it toward shore.

The decoys had escaped their mesh sacks and were bobbing away. Marcel and I retrieved those, but Ralph’s shotgun was a trickier matter. It had gone down in neck-deep water. Ralph wasn’t about to leave it behind, though, and being an ex soccer player, he managed to located it with his feet and kick it into the shallows.

Eventually, we found ourselves on shore, drenched, ­shivering violently, gulping air—​and laughing. The truck wasn’t far away, and after warming up, we were able to get everything reloaded and the boat on the truck. Somehow, we didn’t even lose any gear.

in the 35 years since, Ralph, Marcel, and I have become kind of a hunting-and-fishing trio. “The time we sunk the johnboat” is the story we tell whenever anyone asks, “How did you guys start hunting together?” We’ve told it over and over. We pretend to argue over who acted most heroically in the crisis—Marcel saying his early warning saved us, Ralph claiming that, as captain, he was ready to go down with the boat. We basically have a skit worked out.

For the most part, though, we agree. We all recall the profound disbelief that comes from seeing the front half of the boat you’re riding in vanish. Marcel claims, “Sitting in the bow was like riding a giant crankbait.” Ralph says, “When I heard you guys yelling, I turned around and thought, Did I forget the boat?”

On a deeper level, we know we were fortunate to have so overloaded the boat that it sank before it ever left the shallows. I suppose in some weird way we saved each other. Such stupidity could not have been achieved by one person working on his own.

It definitely took a team.