Man Saves His Dog from a Mountain Lion Attack 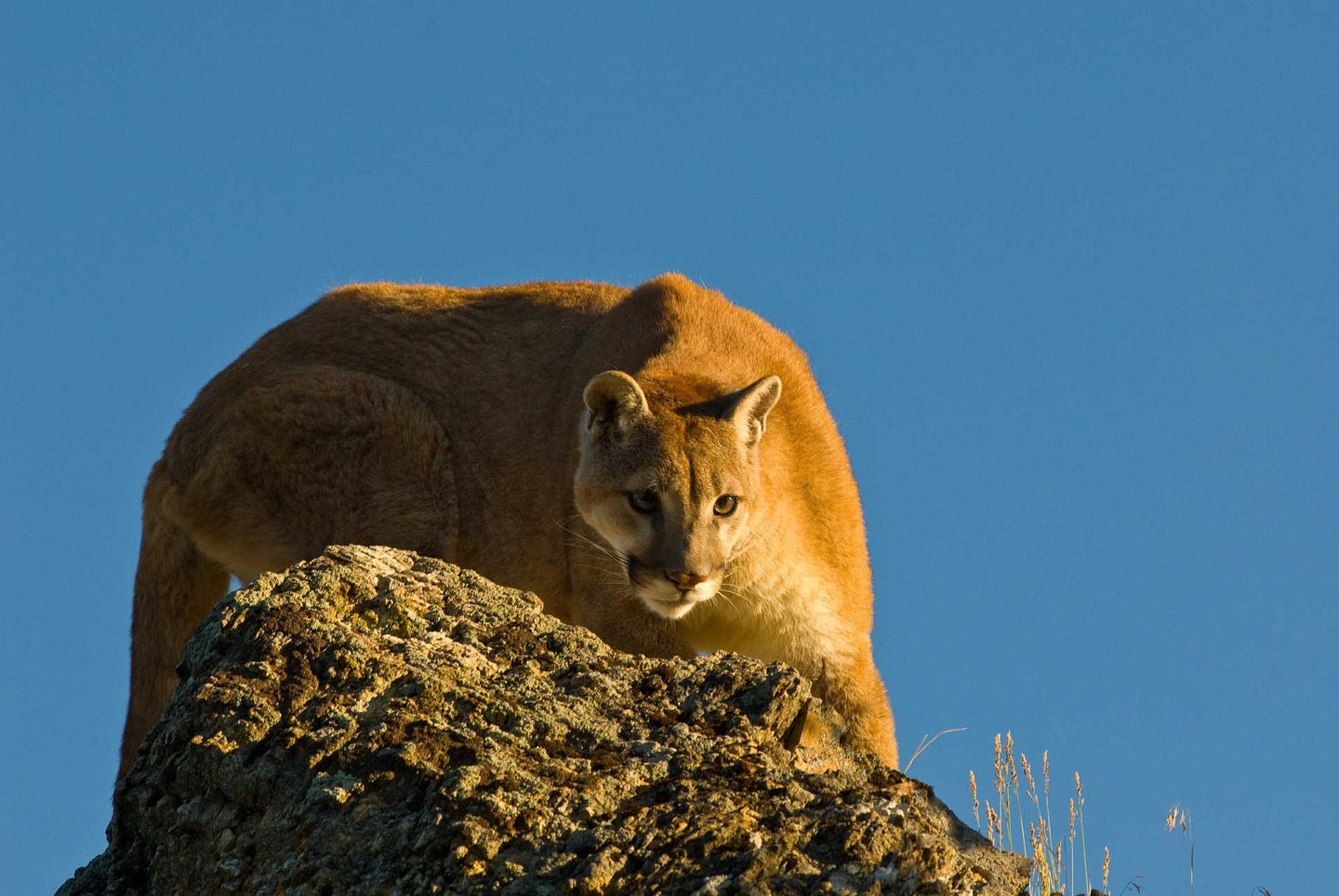 The estimated population of mountain lions is more than 30,000. Corinna Stoeffl
SHARE

On February 21, Gene Whannel of Estes Park, Colorado, saved his dog from a mountain lion attack by smashing the big cat in the face with a surveyor’s stick. Whannel’s property abuts public land, and he regularly lets Sadie, a 9-year-old Boxer, Sadie, out in the backyard.

“Wildlife is something that’s been in our backyard forever,” he told a local station. “Knowing that, every morning I open the door and take a pretty high-powered flashlight and kind of scan the hill above us to see if I can catch the reflection of some eyeballs staring back at us.”

After a 6 a.m. survey, Whannel believed that the coast was clear and let his dog outside. A few moments later, he heard Sadie whimper. “I got the light on her, saw that she was in a wrestling match with something. From a distance I couldn’t tell what it was, but my suspicion was a mountain lion.”

Whannel’s adrenaline kicked in, and he ran outside. He couldn’t find a rock or a stick in the snow-covered ground, but as he got closer he saw an old surveyor’s stick. “I picked that up, hit the mountain lion once and it kind of made eye contact with me,” he told reporters. “I took another whack at it and hit it in the face. Then the mountain lion released Sadie and ran the other way.”

Mountain lion attacks on pets typically don’t end well. A few days after Sadie’s attack, another dog was killed by a lion in the similar area. But Sadie was lucky, and following a three-hour surgery, the Boxer had over 70 stitches and lost an eye. She is on the way to a full recovery.

RELATED: Missouri Mountain Lion Released Back into the Wild