After the hunters got lost, searchers had to send in a chopper to find them 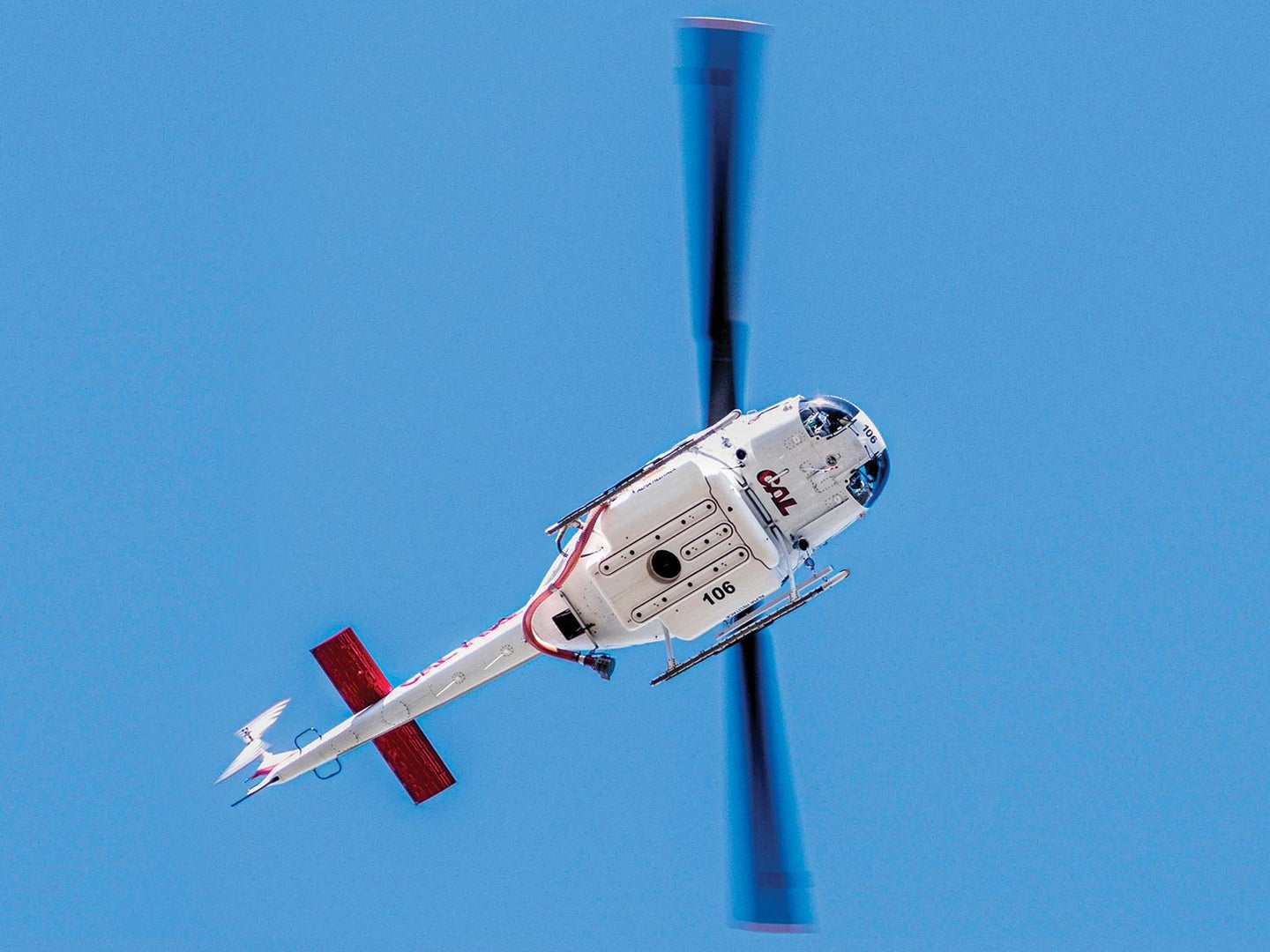 The author and his friend were huddled around a blazing fire when they heard the sound of an approaching helicopter. Andrei Stanescu / Alamy Stock Photo
SHARE

Hugh Johnson was a good-looking, athletic kid, the kind that people of all stripes are naturally drawn to. I was his hunting and trapping partner. And unlike anyone else around me during high school in Davenport, Iowa, Hughie made me believe that life was wide-open, full of adventure and risk—even a little danger.

One cold October night during our senior year, around a warming fire on the backwaters of the Mississippi, he’d prove it—not just to me and our whole class, but to the entire town and beyond.

It started as nothing more than an after-school duck hunt, a simple jump-shooting loop through the Mississippi River bottoms, beginning at the WMA parking lot. But after a while, one slough began to look like another, and as dusk began to threaten an already gray sky, I realized I had no clue how to get back to the car.

“Do you know where we are?” I asked Hughie.

I knew perfectly well that on our adventures Hughie brought the enthusiasm, and I brought the woodsmanship.

“Are you sure?” I asked. “We should start backtracking while there’s light enough to see stuff we’ve passed.”

“Nah, that’ll take too long,” he said. “Let me lead for 20 minutes, and we’ll find something to line us out before dark.”

Hughie was half-right. As total darkness closed in, we came to a massive power line that spanned the Mississippi, which we knew was to our east. That meant that in the opposite direction, it ran west to where we’d seen it from the WMA parking lot, maybe 3 miles off. “This will be simple,” Hughie said with a grin. “We just stick to the highline, and it’ll lead us out of here, slick as snot.”

I should have known better, but Hughie had a way of making you believe him. After trudging just 100 yards, the lines stretched across a wide slough. “We’ll just wade through,” he said. In hindsight, we should have looped around, keeping the power line in sight, but before I could even think of that, he’d slung his Browning over a shoulder and dunked a hip boot into the water.

First steps get all the credit for drama, but Hughie’s second went from a stride to a plunge. One moment, my friend stood tall and sure, and the next, he’d disappeared entirely from view, swallowed by water only a few degrees above freezing. I grabbed the Browning, still sticking half out of the water, and pulled Hughie sputtering from the slough.

Now we knew we were in real trouble. By luck, I had a waterproof case with strike-anywhere matches in my hunting coat, and I told Hughie to strip off his clothes while I ran around gathering tinder and driftwood.

I’ll never forget the blaze I lit on that Mississippi back­water. Bark from a nearby river birch started the flame, which jumped at the branches of a dead pin oak, then devoured a pile of driftwood that snapped and popped while the flames licked at the cold fall sky. I hung Hugh’s clothes on sticks propped near the fire as he shivered under my hunting coat.

When you’re 17, mortality is a vague concept, rarely pondered. But it must have been on our minds that night because we started to recall the adventures we’d shared since I’d transferred to his middle school years prior. On our first outing, we’d caught crayfish from a tiny creek flowing past Hugh’s backyard, then boiled them in a beer can we’d scavenged. When we were old enough to shoot .22s, we’d popped a fat fox squirrel and roasted it over a campfire. Once we could drive, we’d spent weekends chasing pheasants and running our trap line.

Somewhere along the way, we’d decided that after high school we’d delay the college-​then-​job-​then-​marriage train and move to the Yukon. We’d homestead a patch of wilderness, build cabins next door to each other, and live off the land. I knew Hughie was a dreamer, but I wanted to believe—a tendency so hard to hang on to with age. Besides, he’d made good on other crazy schemes; he routinely hopped freight trains to visit his distant grandmother, and he’d swum the Mississippi’s main channel for nothing more than the thrill of doing so. If anyone could get us to the Canadian wilds, it would be Hughie.

“You know,” he said, leaning into the fire, “this is perfect training for the Yukon.”

He was right. We could handle this. We’d just wait for dawn and walk out with the sun to guide us. We were even feeling a little smug about our plan the more we discussed it. But while we waited, our folks called the local sheriff and assured him we weren’t AWOL from a party or hanging at a local tavern. We were loading driftwood onto our blaze when the thrumming of chopper blades reached our ears. A spotlight beam bounced over the treetops, closer and closer, until a voice came booming from the sky: “SCOTT AND HUGH! THIS IS THE SHERIFF TALKING. IF YOU CAN SEE US, FIRE THREE SHOTS!”

we were front-page news the next morning, our backwoods bumbling a cautionary tale for other kids with a taste for adventure. The incident also robbed some fire from Hugh and me, as our Yukon dreams took a back seat to more education, steady work, and eventually marriage—all the stuff of adulthood we’d vowed to avoid.

Hughie died from a massive heart attack on August 17, 2011. At just 50, he left behind a wife, kids, and a baby granddaughter. That was the real tragedy. But something inside of me got left behind too. Hugh had always made me believe—in the big, the distant, the barely attainable. I struggle to hang on to those dreams now, but they are as remote and ephemeral as the ashes of our Mississippi backwaters warming fire.