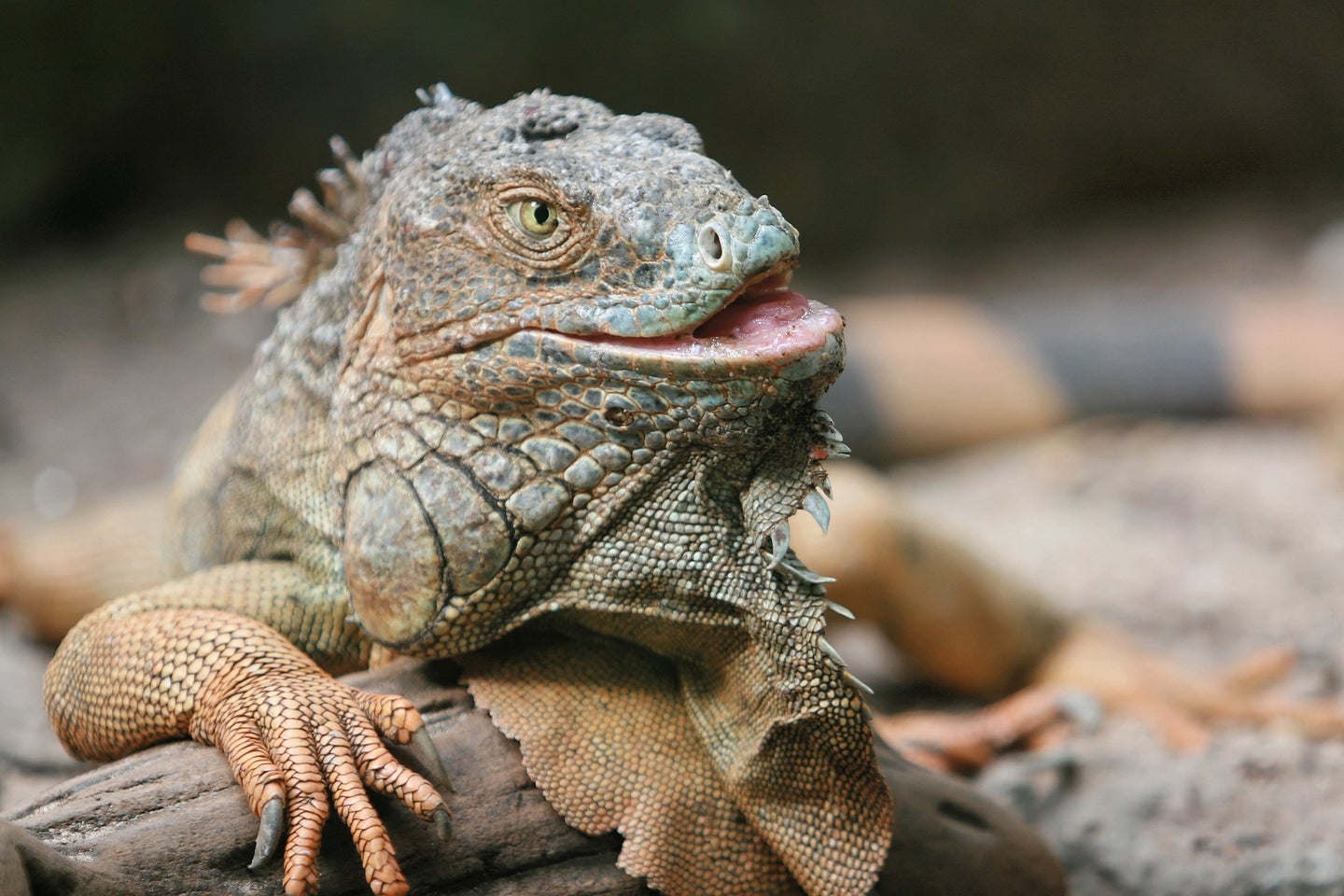 Florida’s Fish and Wildlife Conservation Commission (FWC) is pushing back against the possession and breeding of 15 nonnative species, says the Washington Post. Their ban has been brewing for quite some time and comes on the heels of recent discoveries of two additional nonnative species, arapaima and disease-carrying mosquitos.

“We have to put our foot down,” said Rodney Barreto, a Miami developer and FWC Commissioner. “The time has come to take a bold stand against these real threats to our environment.” And so, he and his colleagues did, voting 7-0 last week to ban the possession and breeding of 15 nonnative species.

Some nonnatives have been in Florida for centuries while others are newer arrivals. In 1539, Hernando de Soto brought hogs to Florida that are now feral. More recently are problems with green iguanas, Nile monitors, Argentine tegu lizards, and the Burmese python. Those nonnatives are collected by herpetology hobbyists for personal collections.

Escapes occur, and they are both irritating and detrimental to native American species. Iguanas are routinely found in bathroom toilets, Nile monitors feed on burrowing owls, and Argentine tegu lizards eat native turtle eggs. The list goes on but the point is the same; the nonnative species’ behavior is upsetting Florida’s natural ecosystem.

“We are very much in support of this,” says Mike Elfenbein of the Everglades Coordinating Council, an umbrella group of hunting and fishing organizations. “I cannot begin to express the devastation that this region has seen.”

The unanimous vote was the result of a four-hour online public hearing. More than 80 attendees from Maine to Oregon registered their objections. Reptile breeders and dealers, acknowledged as the providers of nonnative species that enter Florida’s ecosystem, believe the move will destroy their industry. A collector broke down in tears claiming that she relies on her pythons and iguanas to help her cope with hard days and long, lonely nights. “If you take them away,” she said, “I would be really messed up.”

The ban is progressive and provides a safe space for all owners of nonnative species. Businesses will be allowed three years to get rid of their brood stock, and owners may keep their animals until their animals die a natural death. No roundups will be held.

About half-million imported species reptiles valued at $6.4 million arrived at PortMiami in 2018. That amount and dollar value places Miami in the No. 1 position of herpetological imports in the country.