How to Call Deer During the Rut

Should you grunt, bleat, snort-wheeze, or rattle? This noted whitetail calling expert has the answers 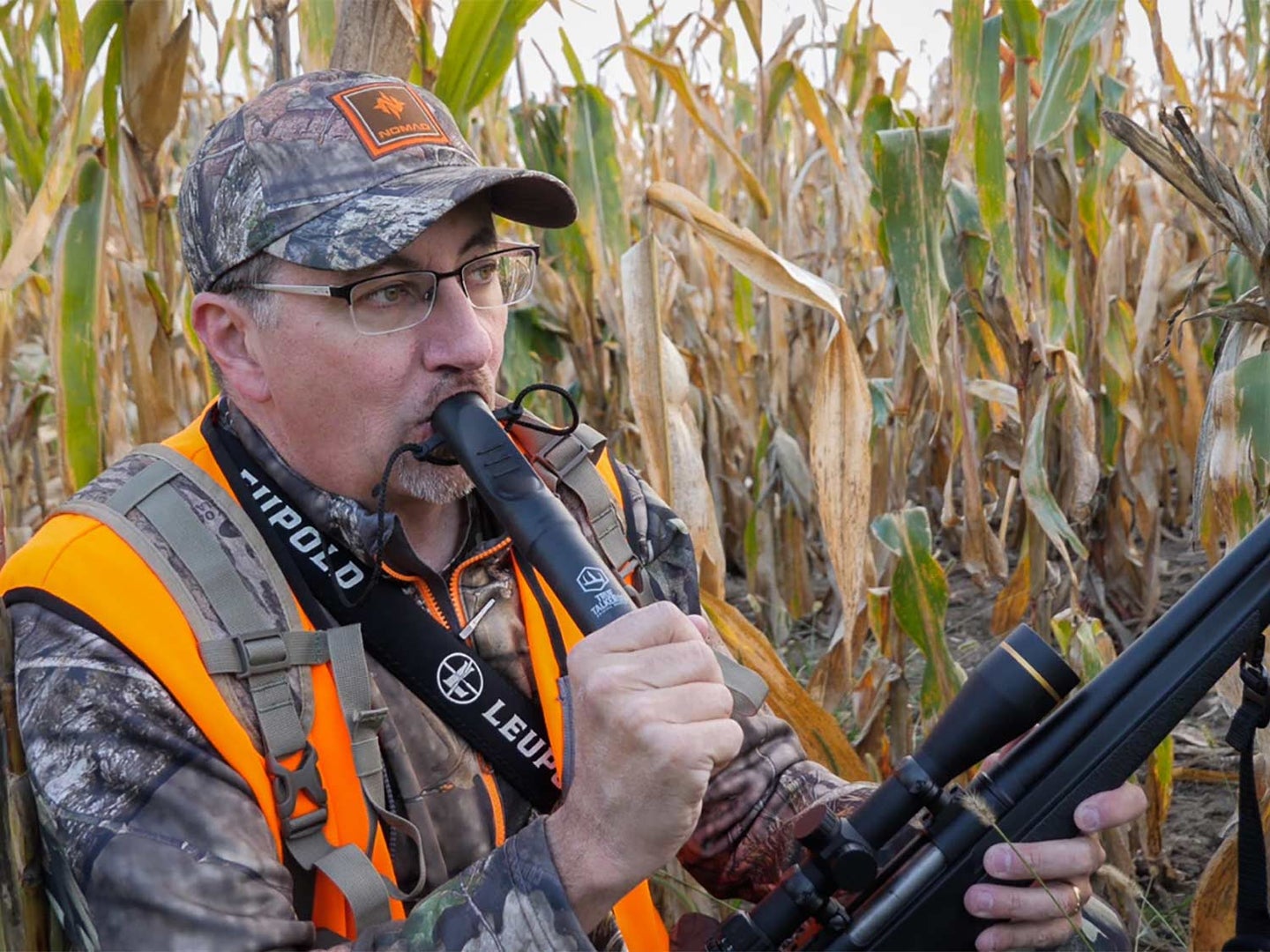 Whitetail bucks are rarely more visible than they are just before and during the rut. This creates a common problem: You see a good buck in the distance, with no way to know whether it will move in for a shot. Do you call to this deer? If so, what calls do you make?

No one is better able to answer these questions than noted whitetail calling expert Mark Drury of Drury Outdoors. “Over many years of observing whitetails’ reactions to every type of calling, I’ve found that the mood and personality of an individual buck have a huge influence on how he’ll respond,” Drury says. “Being able to see the deer you’re hunting is a big advantage, but only if you take a moment to judge its demeanor and let that dictate if and how you call.”

How to Call to Hot Bucks

Bucks exhibiting aggressive rutting behavior are particularly susceptible to calling. When Drury sees a buck come charging into a field, chasing other deer around, he knows he stands a good chance of calling him in. With a buck like this, he’ll start with light estrous-doe beats or tending grunts. If that doesn’t get the buck’s attention, he’ll increase volume by going to the rattling horns or to a snort-wheeze call, a loud phh-phh-phhht sound that bucks use to challenge one another.

How to Call to Hungry Bucks

If Drury spots a buck acting less aggressively, such as one that enters a field and begins to feed, he tones things down. “This buck may just need to fill his belly, so I’ll let him eat. After a while, when the deer’s head comes up and he starts looking around, I’ll hit him with some soft grunts and bleats.” The key is to just get this buck’s attention. If you can manage to raise his curiosity even a little, he may change his mood in a hurry. He may not, of course, but what have you lost by trying? You’re not going to spook the buck with soft calling, but you just might pull him in.

How to Call to Tending Bucks

A buck that’s tending a doe is one of the most difficult to call in. When paired up, a buck isn’t likely to move toward you on its own. If the doe happens to lead her mate toward you, there’s no need to call. Otherwise, once again, you have nothing to lose, and only aggressive calling will do the trick in this situation. Sometimes a challenging, in-your-face call is more than even a tending buck can stand. If you see a mature buck with a hot doe, especially if the pair is surrounded by lesser bucks, hit him hard with snort-wheezes and/or rattling.

How to Call to Shy Bucks

Some bucks frustrate even the most skilled callers. “If I see a clean-looking mature deer—one with no marks on his coat or broken tines from fighting rival bucks—and he’s just slipping through the timber, I assume he’s going to be difficult to call,” Drury says. “Some bucks are just shy. I think they are either non-breeders or just afraid to challenge other bucks.” They might come to a call out of simple curiosity, Drury notes, but they’re almost certain to circle downwind of you en route. Here, it may be best just to cross your fingers and hope the buck moves into shooting range on its own. “Most of the time, I won’t even call to a buck like this,” Drury says. “I don’t see any point in educating a deer. They’re smart enough as it is.”