How to Hunt a Bumped Buck

Oops! You just spooked the deer you’re hunting. Don’t give up. You can still punch your tag 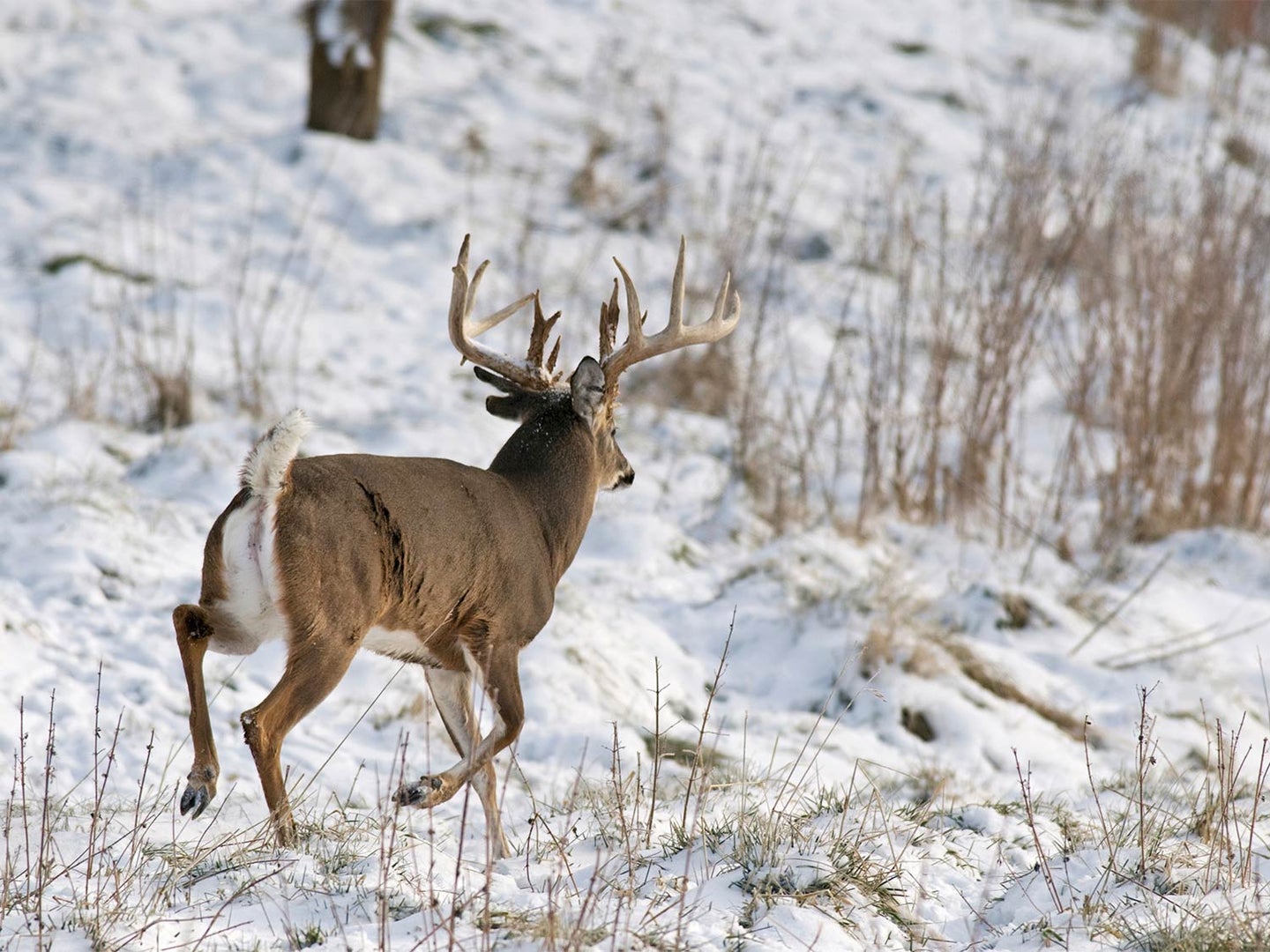 Every whitetail hunter envisions himself a stealth bomber, flying under a buck’s radar and taking him out with a surgical strike. But it’s a rare campaign that goes so smoothly. We stink too much, talk too loud, and walk where we shouldn’t. Too often, we eventually blow our cover and bump the very buck we are hunting, making success that much more difficult.

But take heart. Bumping a buck isn’t the kiss of death. Bucks, even grizzled survivors, can still be tagged after a spooking. The trick is analyzing the bump, then readjusting your game plan. Here are four questions to ask yourself after spooking a buck, along with the tactics you need to get back in the game.

1. When did you spook the buck?

Spooking a buck in a late-summer (or winter) feeding pattern can upset his routine in a hurry. Bucks are reclusive and wary then and may resort to nocturnal movement or switch food sources. Rest your spot and return only when conditions are perfect for another go.

However, bumping a buck as he’s chasing does is like brushing against a college kid at a party; he probably won’t remember it an hour later, much less the next day. Ignore the blunder and stick to your game plan. Spook your buck while scouting? Sure, he ran like a scalded cat, but if whitetails went schizophrenic every time they encountered a human, they’d be catatonic before they lost their spots. Keep hunting.

2. Where did you spook the buck?

If a monster whitetail nails you dead-to-rights in a tree stand, don’t count on killing him there this season. Ditto for up-close surprises in bedding areas or preferred feeding spots. Scout for other sign and relocate. If you blunder into a buck as you walk back to the truck, however, you probably have little to worry about.

3. How badly did you spook the buck?

If your buck catches your scent from 200 yards away and skitters off, he’s just nervous, not paranoid. Hunt on! Conversely, if a deer pegs you repeatedly in a specific area, or you notice him reacting nervously to your stand site, the buck associates the turf with danger. Find another place for an ambush.

4. What sort of buck did you spook?

Bump a resident buck a few times and he’ll start moving as if the woods are glass. Hunt this deer only in perfect conditions and from multiple stand sites. A wandering buck that blunders into your ground during the rut shouldn’t get too goosey if you spook him; he’s a doe-seeking missile who won’t be around long anyway. Keep after him!