If you do your scouting, often all you need to shoot a limit is a half-dozen dekes 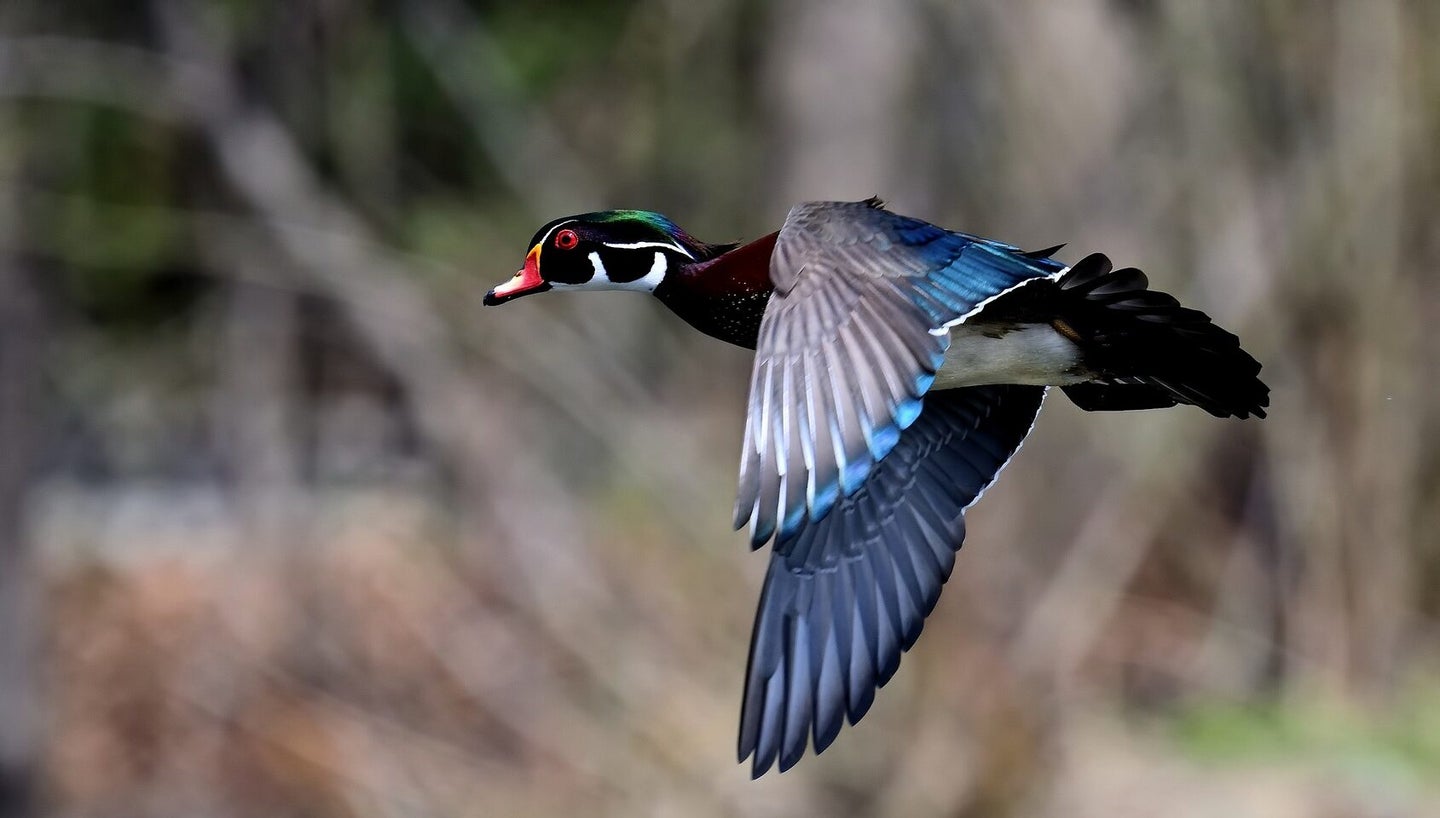 It only takes a few decoys to steer roosting wood ducks to your location. MICHELLE HN from Pixabay
SHARE

Waterfowl hunters tend to believe more is more: 3 ½-inch guns, big outboards, trailers full of decoys, large party hunts. If it can be made bigger, most waterfowlers think it’s better. Yet sometimes downsizing your decoy spread yields big results. Sometimes it’s a case of giving birds something different to look at. Small spreads really shine when they allow you to hunt a spot you might not otherwise be able to reach. Six decoys in the right place are better than six dozen in the wrong location.

When I think about small spreads, the hunt that comes to mind right away was a goose hunt with friend and fellow writer M.D. Johnson some years ago. He’d been watching some very punctual geese hit a field at 9:30 every morning. We didn’t even have to get up early, but there was one hitch: the landowner didn’t want trucks in the field. The only way to get to where the geese were feeding was to walk. So, M.D. and I put layout blinds on our backs, took three full-body goose decoys apiece and hiked out into the middle of the chisel-plowed corn.

You can’t make much in the way of Xs, Vs or Cs with six decoys, so we made sure there were big enough intervals between our fake geese to make them look like a single, relaxed family group. Then we got to work hiding our blinds. We set them at an angle to the wind so that birds wouldn’t be looking right at us behind the decoys as they approached. The geese showed up on time, and I’d be lying if I said flocks piled into our tiny spread. But we were only two shooters, and the limit was two birds back then. We needed just a few geese to slip up, and they did.

When you go small with your decoy spreads, you have to go big with your scouting and hiding. Small spreads won’t draw birds from a distance as well as big spreads, and they don’t help you hide by distracting the birds’ attention, either. Any time you downsize your decoys, you must be sure your hide is good, and that you’re in the place where the birds want to be. It’s a tradeoff. The extra effort you make in scouting and concealing yourself balances out the speed and mobility you enjoy with a very few decoys.

And, small spreads have another advantage over bigger setups. When birds come to just a few decoys, everyone gets good shots because the birds want to land right there. When you put out a big spread, there’s always the risk ducks or geese will land at the edge, or in such a way that only one or two people can take a shot.

Here are half a dozen situations where a spread as small as six blocks can get the job done.

1. How to Hunt Field Geese with a Small Decoy Spread

A very small goose spread can work if you’re on the X. Geese often arrive in small bunches, and the idea of a very small goose spread is to look like the first geese to land that day. In addition, late in the season when geese grow leery of big spreads, a few decoys and very well-hidden hunters show them a different look. I interviewed a guide once who insisted that he killed snow geese over three stuffer decoys regularly. I’ll take that with a grain of salt, although I once enjoyed a terrific water hunt for snows over 18 stuffers in Galveston Bay.

2. Take Geese Over Water with As Little as Four Dekes

I throw four to six Canada decoys out with my duck spread on the small ponds I hunt and frequently decoy geese. Geese will feed in the morning, then look for a pond to loaf on during the middle of the day. Often between 9 and 10 a.m., they will be out looking for a spot to sit, and a little bit of calling and a few decoys are enough to bring them in.

3. Use Just a Few Decoy to Steer Roosting Wood Ducks

Wood ducks aren’t big on decoying and they usually land wherever they feel like landing. That said, if you’re shooting a roost pond in the late afternoon sometimes a few decoys will bring the birds closer to you. Half a dozen decoys is enough.

4. Try a Few Blocks and a Dove Spinner for Teal

My favorite teal spot is a long walk from the road. I’ll take six, sometimes eight, decoys and a Mojo dove as my teal rig. Early teal are an exception to the small-spread rule that you have to be exactly where the ducks want to be. Most of the time teal don’t know where they want to be, and they’ll cruise, dropping in wherever they find other teal. Even a few decoys can be enough to make them swing by.

Several years ago, I had a few great hunts on a low spot in a cornfield that flooded when a pond backed up. The hole was smaller than my living room and any more than a few decoys would have overcrowded it. A handful was more than enough. Beaver ponds, spring creeks, holes in the ice, or any other small waters where ducks want to be all make likely candidates for a half dozen decoys.

6. Use a Small Spread Wherever Ducks Have Become Wary of Bigger Ones

Scout hard on a public area to find small out-of-the-way holes that ducks use once the shooting gets too hot on the bigger water. It might be a small opening in otherwise dense cattails, a wide spot in a stream feeding the marsh, or maybe a nearby pond. Pair up three hens and three drake decoys, and scatter them around the hole to look like safe, contented ducks. Keep your calling quiet and reassuring and see what drops in.