How to Hunt Pressured Bucks

Rifle season may send deer into hiding, but nothing can stop the rut. Here’s how to fill your tag 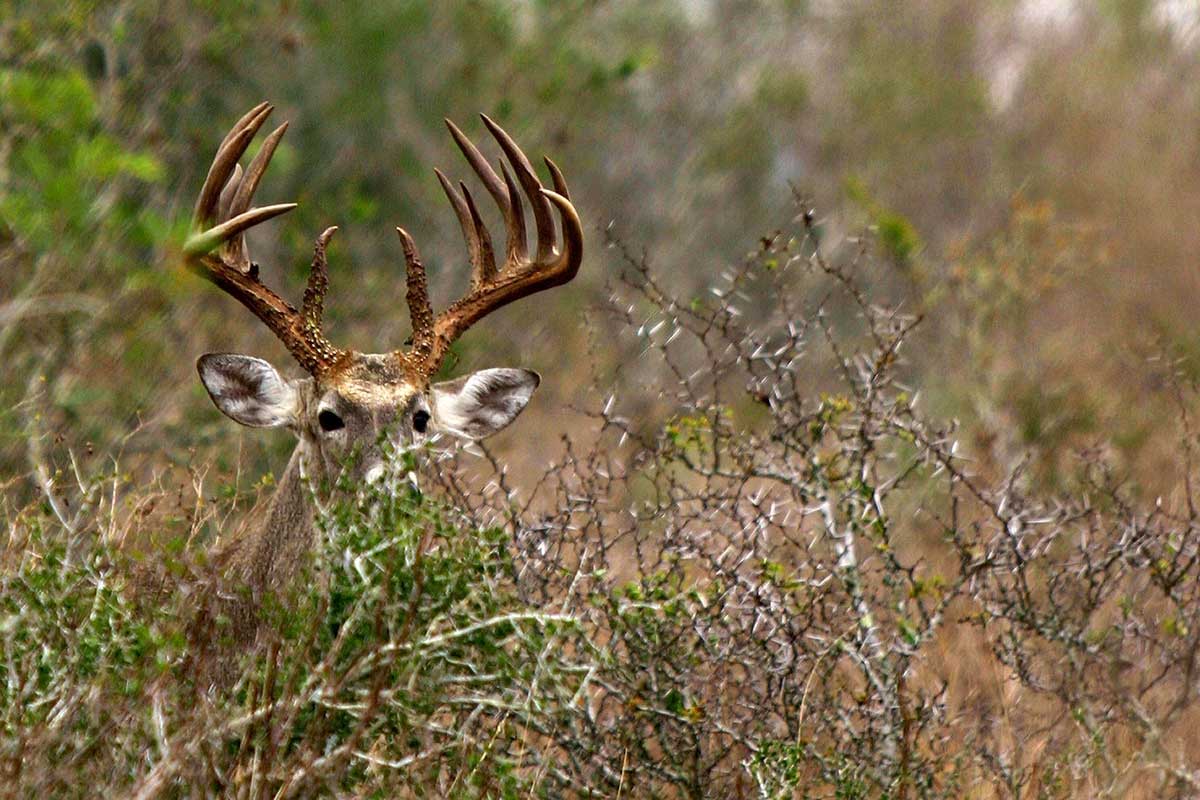 First, the good news: November is the peak of the season’s deer activity, when the rut begins in much of whitetail range and bucks are at their most vulnerable. Now the bad: November also marks the opening of firearms season in many states, and everyone is out there, chasing those bucks as hard as you do.

Whitetails will continue to breed as the bullets fly, but they will also go into hiding. Learn where they go and you’ll have a better chance of getting a buck than anyone else in the woods. Here’s what you need to know.

One of the most fascinating studies ever conducted on the influence of hunting pressure on deer behavior took place in northern Missouri in the mid-1980s. Department of Conservation researchers Brian Root and Erik Fritzell radio-collared 21 bucks and 46 does and monitored their movements for three nine-day periods in November, spanning nearly the entire rut—before the firearms season, during it, and immediately following.

Root’s focus was on the Deer Ridge Wildlife Area, a well-known public hunting ground. Researchers recorded hunter densities of more than 100 people per square mile during the nine-day gun hunt. Adjacent to the wildlife area was a refuge off-limits to hunters; one of the study goals was to see if the presence of this safe zone affected deer movement and survival.

Some does increased their movements by as much as 25 percent when the hunters hit the woods. Does that had been traveling 2 miles per day prior to the hunt were suddenly logging well over 3 miles as they scrambled to avoid hunting pressure.

The bucks were a different story. Root found that the intense pressure had very little influence on the amount or frequency of buck travel. “Bucks were already moving widely—up to 4 or 5 miles per day—before the gun season began,” he says. “But even when the guns started popping, they basically continued their search for does. This doesn’t mean that bucks were oblivious to hunters. In fact, we watched one radio-collared 8-point burrow into a brushy fenceline and bed as a hunter approached and walked within 20 feet.”

Root points out that the distances he recorded for deer travel were not linear. The animals’ movements were largely confined to their normal home range. This is important, because hunters often mistakenly believe that hunting pressure pushes deer into the next county.

In the Deer Ridge study, several deer with home ranges that consisted of both the public hunting area and the refuge moved to the unhunted land once the guns began firing. However, Root’s work suggests that deer rarely leave their regular haunts to seek shelter and have an uncanny ability to find safe havens within their normal range. This behavior was confirmed during a telemetry study conducted by Dennis Simon of the Minnesota Department of Natural Resources on the 4-square-mile Whitewater Sanctuary, which is surrounded by public hunting grounds.

Simon did find that whitetails living near the sanctuary retreated to it when hunters showed up. But he notes that stockpiling bucks in any refuge is nearly impossible, especially during the rut. “Refuges do allow some bucks to survive, but the competition among mature bucks is so intense that the ‘losers’ have to disperse. We kept harvest locations of bucks tagged by hunters during the study. Viewed on a map, those points resembled spokes on a wheel, with the refuge serving as the hub.”

Stay Patient and Find the Does

What does all this mean? First, when it seems that whitetails have left your area, chances are they’re still around. They’ve just relocated to places where they’re less disturbed. Second, successful rut hunting is mostly about finding does. Bucks will continue to seek breeding action regardless of hunting pressure.

Look for does in and near escape cover, which is typically young-growth trees and brush. To find hard-hunted deer in heavily wooded regions, check swamps and cutovers. In the mountains and hills, secluded benches and bluff ends make perfect hiding places. The open spaces of the farm and prairie mean that dense CRP fields, wooded fencerows, and brushy creekbottoms are deer magnets. But success is as much about understanding human behavior as it is recognizing prime habitat. In heavily hunted areas, you’ll find the most deer on the far side of some barrier—a creek, a grassy marsh, a broad swamp-that makes access difficult for hunters.

Make Your Own Hotspot for Pressured Deer

Hunters who own property enjoy the luxury of another option—creating their own sanctuaries. I know a number of hunters who have established areas on their lands where human traffic is forbidden for the entire season. Typically, these are 5- to 20-acre patches of dense cover, located away from property borders, where deer are undisturbed.

Another possibility is to set up along a travel corridor leading to a sanctuary. Careful study of maps and aerial photos can reveal these routes. Circle known or suspected safe havens (even those not on your property), then study the terrain for travel corridors—fencelines, ditches, ridges, creek or riverbottoms—that lead to them. Scouting will confirm the best routes. Trails in these corridors are usually deep from years of use, and rub lines will indicate the specific routes that bucks take through the cover.

I’ve tagged my two largest muzzleloader bucks on the opening day of the Wisconsin firearms season. In each case the buck (and the does he was following) was on the run from other hunters. With shots echoing all around, the animals still exhibited breeding behavior, tending does and rubbing trees. Though the woods were full of guns, the bucks hadn’t forgotten the rut, and neither had I.