How to Hunt Whitetail Buck Rubs During the Rut

Most hunters ignore this sign during the heart of the rut. But finding the right rubs now can put you on to a trophy buck 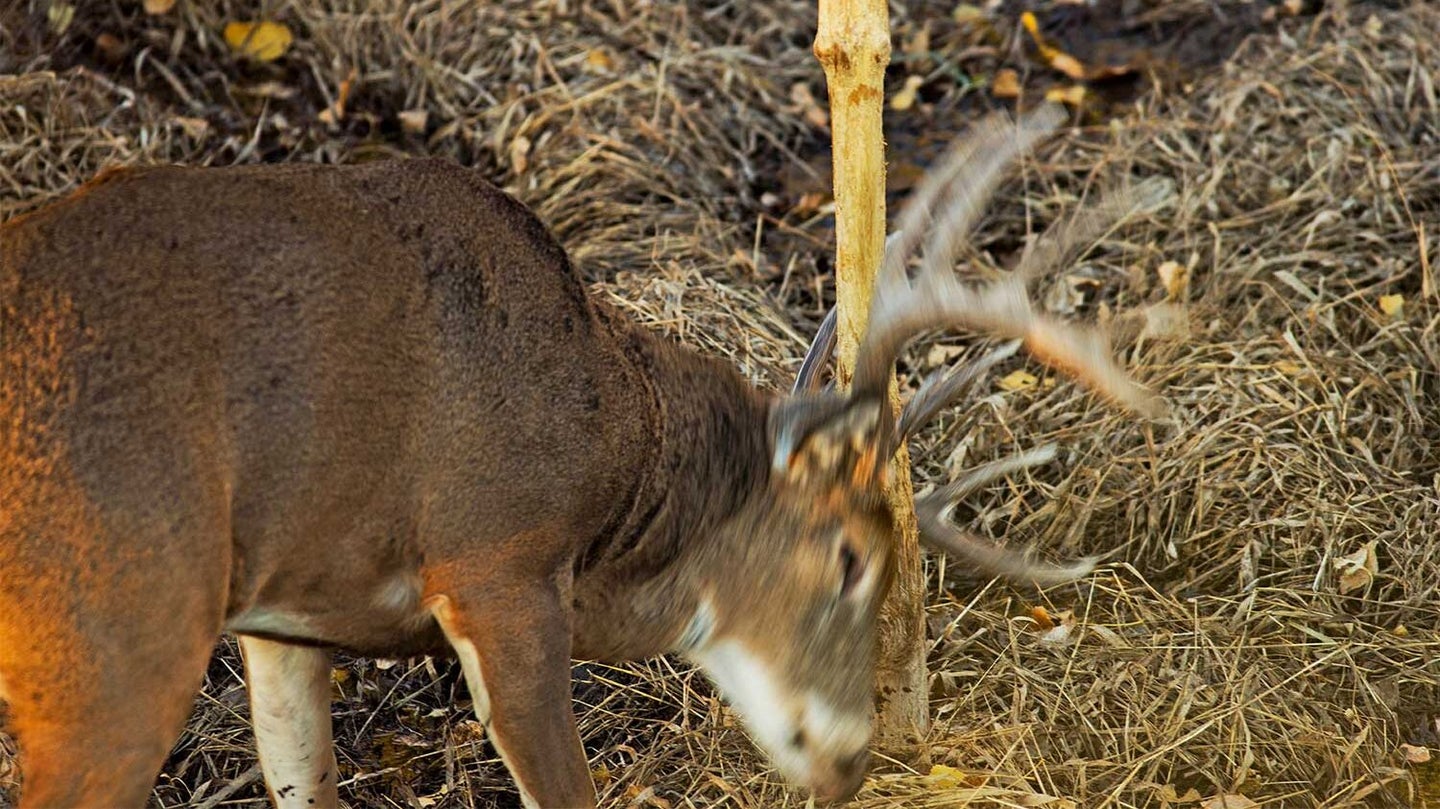 It was the heart of the breeding season one fall when I shot a nice buck in the act of rubbing a tree. I didn’t pay much attention to this at first. But when it happened a second time, I realized that I was onto something.

Since that time, I’ve discovered that searching for “rut rubs” and hitting them with a lightning-quick hunt on the same day or the next can be the key to some terrific action at a time when other hunters completely ignore this sign.

During the early season, a buck regularly revisits most of his rubs on routes between bedding and feeding areas within his home range. Once the rut gets going, however, bucks largely abandon those locations and pre-rut rubs.

Consequently, hunters typically key on rubs and rub lines prior to the rut and stop hunting them altogether once peak breeding begins. Bucks do, however, continue making and revisiting rubs throughout the rut. But they do so less predictably, and in distinctly different places.

Having left their core areas to search for does, bucks now make comparatively few rubs in the areas where they expect to find mates: namely, doe feeding and bedding areas and especially the travel corridors that connect them. Smart whitetail hunters know to concentrate on these spots during the rut, but very few even bother to look for rubs. You should. Here’s why.

How to Set Up a Rut-Rub Ambush

When a buck finds an estrous doe, it may display its dominance to other bucks vying for the same female by raking nearby trees and bushes to a pulp, leaving a cluster of rubs. Because rutting bucks tend to roam widely and can be hard to pin down, these rut rubs contain a critical piece of information for a hunter setting up an ambush: They tell you the buck is here, now.

Of course, the sign has to be fresh. So pull on a pair of rubber gloves and scrape some bark off a rubbed tree with the back of a knife blade. If your mark is the same color as the buck’s, set up a stand or ground blind immediately. The key is to hunt the area while the buck is still occupied with a nearby estrous doe or others in her group.

You’ll know very quickly if you’re in a hot rut-rub location. As you wait in your stand or blind, does may dance in and out of nearby thickets, while bucks bird-dog ready females and chase off other males with bluff charges and brief but intense sparring matches. If you hit it right, you’ll have one of the most exciting hunts of your life.

Keep in mind, however, that this is a run-and-gun tactic. If there’s little action after two hunts, move to a different area and look for another cluster of fresh rut rubs. Then wait for a trophy to hook his horns onto the sapling in front of you.