How to Hunt Whitetail Deer During the Rut’s Chasing Phase 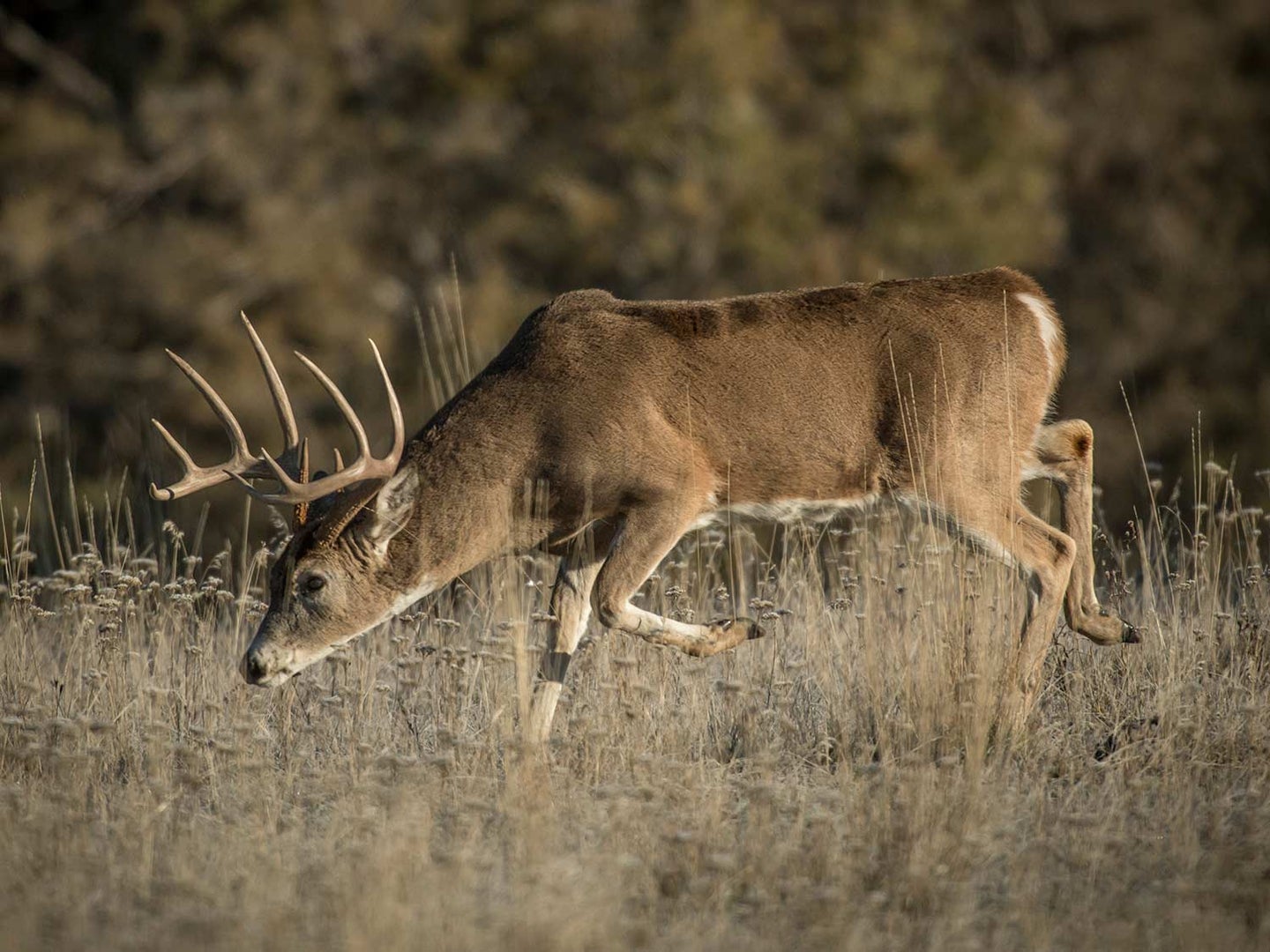 I froze when I saw the flash of gray. Glimpsing antlers, I steadied my rifle. But something was odd: the red oak to my left, the decaying log in front, the forked maple sapling… This was the exact spot where I’d stopped and shot a nice 8-pointer the year before. That buck was chasing a doe, too. Thinking back, I remembered seeing other bucks chasing does on this same oak flat. Something was up here.

Find the Places Where Bucks Chase Does

That was a long time ago, and I’ve since learned that whitetails have specific spots where they enact the chasing phase of courtship, year after year. What’s more, different doe groups typically come into heat at slightly different times, and each group does so fairly consistently from year to year. Which means that once you pinpoint several chasing grounds, you can chart them over time and repeatedly put yourself in the sweet spot to tag a mature buck.

You can probably think of some specific places where you’ve seen bucks racing after does. For me, the oak flat mentioned above comes immediately to mind, but so does a fallow field overgrown with goldenrod and milkweed, where I’ve watched mature bucks hound does as they weaved and darted through the flank-high weeds.

If no particular place comes to mind, focus on fairly open cover, whether it’s mature timber with little understory or an overgrown pasture. Deer want some cover, but they don’t want to hide. Chasing is a social activity, and the does want to attract—and see—all nearby bucks so they can choose the best mate. Look for scuffed leaf litter or pine duff where the deer have run, as well as the occasional superfresh rub or scrape.

Both bucks and does may hang out in and around the chasing ground all day when breeding is imminent. They’ll run around awhile, lie down, then run around again. And when the chase is on, they tend to run in an oval or circular route. It might be a short 100-yard circle, or four times that size. Either way, it’s a fine opportunity for an ambush. One good option is to stay back, observe from a distance to decipher the pattern, then sneak into the perfect spot early the next morning with a light climbing stand. Or you could simply let the deer cruise past and out of sight, then move in and wait for them to come back around.

That’s the tactic I chose on the hunt above, since I remembered the deer’s route from previous hunts. Creeping a short way forward, I waited until the biggest buck circled by again. When he paused, I squeezed and dropped the 4-year-old 10-pointer. And I made a mental note to come back to the very same spot next season.