How to Plan Your Entire Deer Season Now 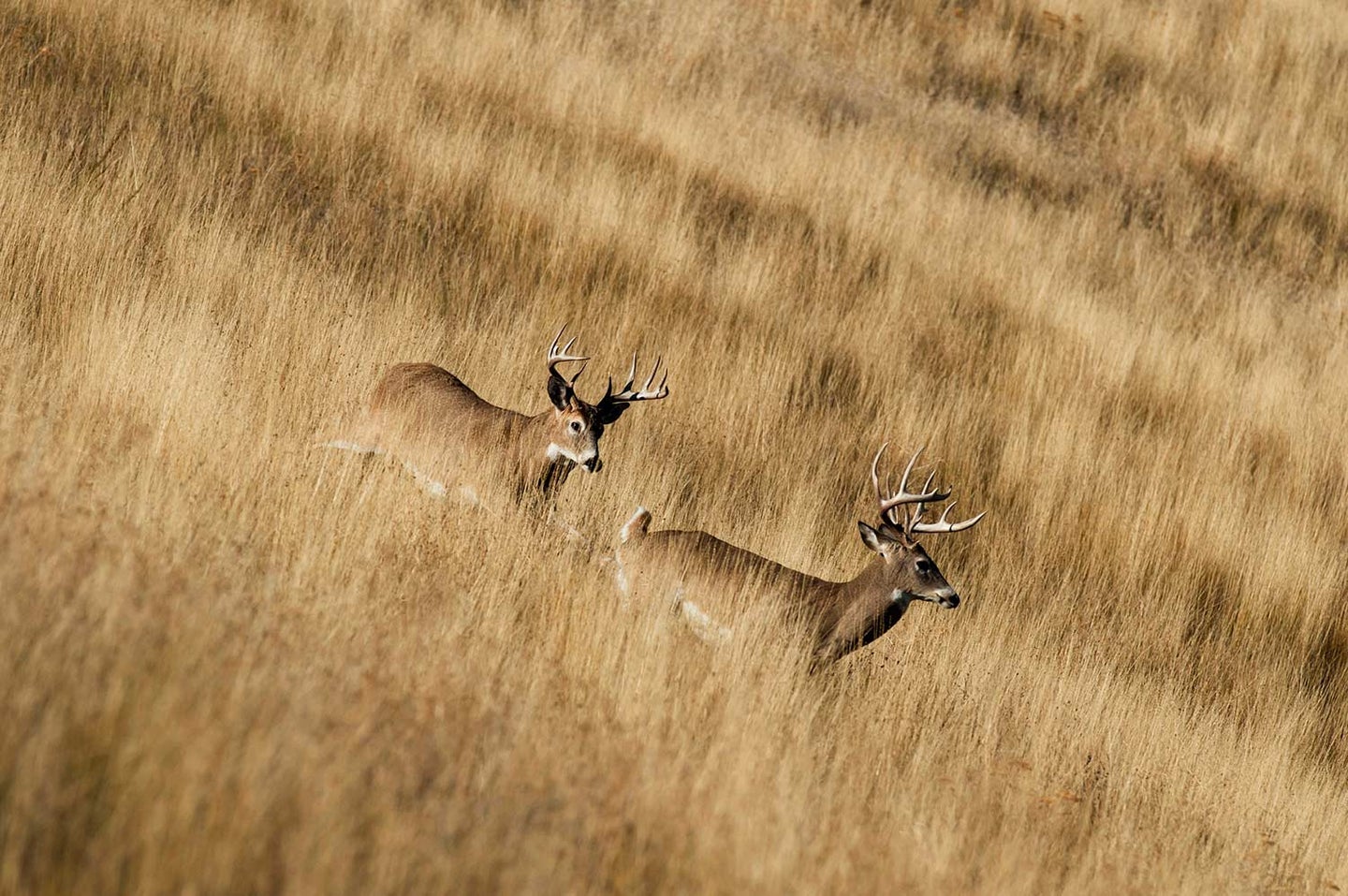 A pair of nice bucks weave through tall grass, on their way to a feeding area. John Hafner Photography
SHARE

Preseason scouting will give you a good idea of where the deer will be on opening day. But what about after that?

Whitetail behavior and patterns change drastically as the season progresses, and the hot buck sign you find in September may be stone cold by November. The key to effective hunting all season is to take the time to identify both the spots that hold deer now and those that are apt to hold deer next month and the month after, and to figure out a variety of basic hunting strategies.

This way, when whitetails suddenly modify their habits, you won’t waste valuable time playing catch-up. Instead, a quick speed-scouting trip to your potential hotspots will reveal which of them are most active. Then you can simply set up and put your plan into effect immediately.

Here’s what to consider, month by month:

Deer Behavior: Whitetails fatten up now, and most travel a simple circuit between bedding and feeding areas. As the month goes on, look for emerging rub lines along these routes.

Hunt Plan: Sleep in, speed-scout at midday, and save hunting for the evening. Spread your efforts among as many food sources as possible to keep hotspots relatively undisturbed. And hunt the edges of field, plots, and mast groves. Now is not the time to push in too close to bedding areas.

Deer Behavior: This is a transition period for bucks. The feed bag is still on in early October, but hunting pressure can reduce the amount of time they spend on their feet during daylight. Late in the month, bucks begin laying down rubs and scrapes in earnest.

Hunt Plan: Let weather systems dictate your hunting early in the month; cold fronts, showers, or early snow will get bucks on their feet to feed. This is the time to set up along the edges of major food sources, or just off them in staging areas. Later in the month, as bucks put down more sign, key in funnels, pinch points, fresh rub lines, and especially scrapes.

Deer Behavior: Across much of whitetail range, November is all about the rut. Where firearm hunting begins, deer take refuge in dense or secluded cover and reduce their daytime activity.

Hotspots: Go to water sources now because bucks need to consistently rehydrate when the chasing phase of the rut starts. You can also count on bucks to show up at doe bedding areas, such as low brushy places. And zero in on security cover. That means dense, distant, or overlooked spots. Once peak breeding arrives, bucks force estrous does into such cover, and when firearm season opens, this is where the big ones escape from pressure.

Hunt Plan: Sit all day, or for as long as possible, in your best terrain funnels near doe bedding areas or security cover. If you know bucks are visiting a doe feeding area, don’t hesitate to put out a decoy and/or call and rattle aggressively. When deer aren’t on their feet due to hunting pressure or because they’re tending does, take the action to them by still-hunting or organizing a drive.

Deer Behavior: Exhausted from the rut and pressured by hunters, bucks focus on eating and staying alive. They generally reduce their movements to a simple bed-to-feed pattern.

Hotspots: When winter gets serious, snow depths are lower and ambient temperatures higher on south-facing slopes, making them preferred bedding areas. Look for low-growing browse nearby. Likewise, low swamps and marshes provide relief from frigid winds. Also focus on young clear-cuts and grainfields because winter deer will build their existence around these food sources. The closer the grub is to bedding cover, the better.

Hunt Plan: Watch the Weather Channel on a daily basis, and be sure to get into the woods ahead of any approaching storms or fronts. Set up on the hottest winter food sources, especially near good bedding and security cover, and hunt in the afternoon, as your chances of beating a buck back to his bed at this time of year are slim.

Most important, don’t trust your memory. Jot down your hotspots, hunting plans, likely stand sites, wind direction, and more in a notebook. Keep it handy and you’ll stay one step ahead of the deer-all season long.