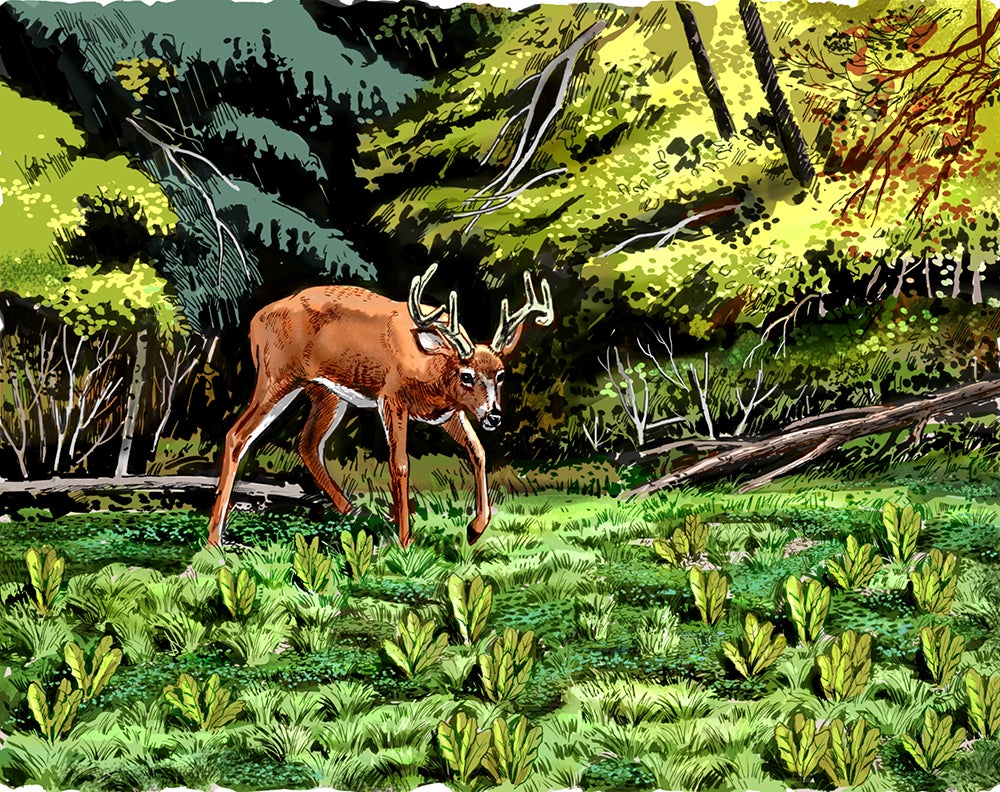 If an outfitter’s food plots don’t produce, it can mean tough hunting for clients and lost business. We surveyed a panel of pros to learn their best plot secrets. The two major takeaways? Food-plot advice isn’t one-size-fits-all. And food-plot seed doesn’t need a picture of a deer on the bag to work.

1. Plant Foods That Keep Deer Fed Throughout the Season

″In August, I plant a blend of oats, barley, wheat, and daikon radishes in plots ranging from 1 1⁄2 to 3 acres. Each plant becomes palatable at a different phase of the season. Deer start out eating the oats, then transition to the barley and wheat, and finally hit the radishes when they’re cigar-size, usually around the first of October.”

Secret Weapon: “I top-dress some of my plots with canola. When it grows to about a foot tall in late fall, deer can’t leave it alone.”

″In our wet soil, not much grows except ryegrass, but the deer love it. We planted in September, then top-dressed the plots in December, just prior to the January rut, with ammonium nitrate. That gave them a big jump just before the hunt. Small plots (1⁄2 or 1⁄4 acre) give deer the quickest access to dense cover, and deer seem to hit them best during shooting light.”

Secret Weapon: “Native browse beats any food plot. If you fertilize your honeysuckle, deer will annihilate it.”

Read Next: What’s the Best Food Plot Forage for Each Region?

3. For a Killer Fall Plot, Plant a Spring Blend

To have a young, green clover plot for early bow season means you have to plant in the spring—but weed competition and summer heat can stifle clover growth. We get around that by giving young clover every advantage. We start by spraying new plots immediately after spring green-up to kill existing vegetation. Next, we burn off the dead vegetation and till in the ash, along with recommended lime and fertilizer. We sow a blend of clover—ladino is good, but red clover is a little cheaper and the deer love it—along with a wheat cover crop. The wheat will outpace the clover, and go to seed in June. When it does, we spray it with a grass-selective herbicide, but leave the dead stalks standing. That prevents weeds from overcrowding the field, and it seems to hold moisture too. Hit with a round of 6-24-24 fertilizer just before a September rain, and it’ll be a hotspot through the first hard freeze.

Secret Weapon: There’s no deadlier food plot shape than a horseshoe. Set up on the outside of the bend, and you’re almost guaranteed a bow shot at any deer that visits the plot.