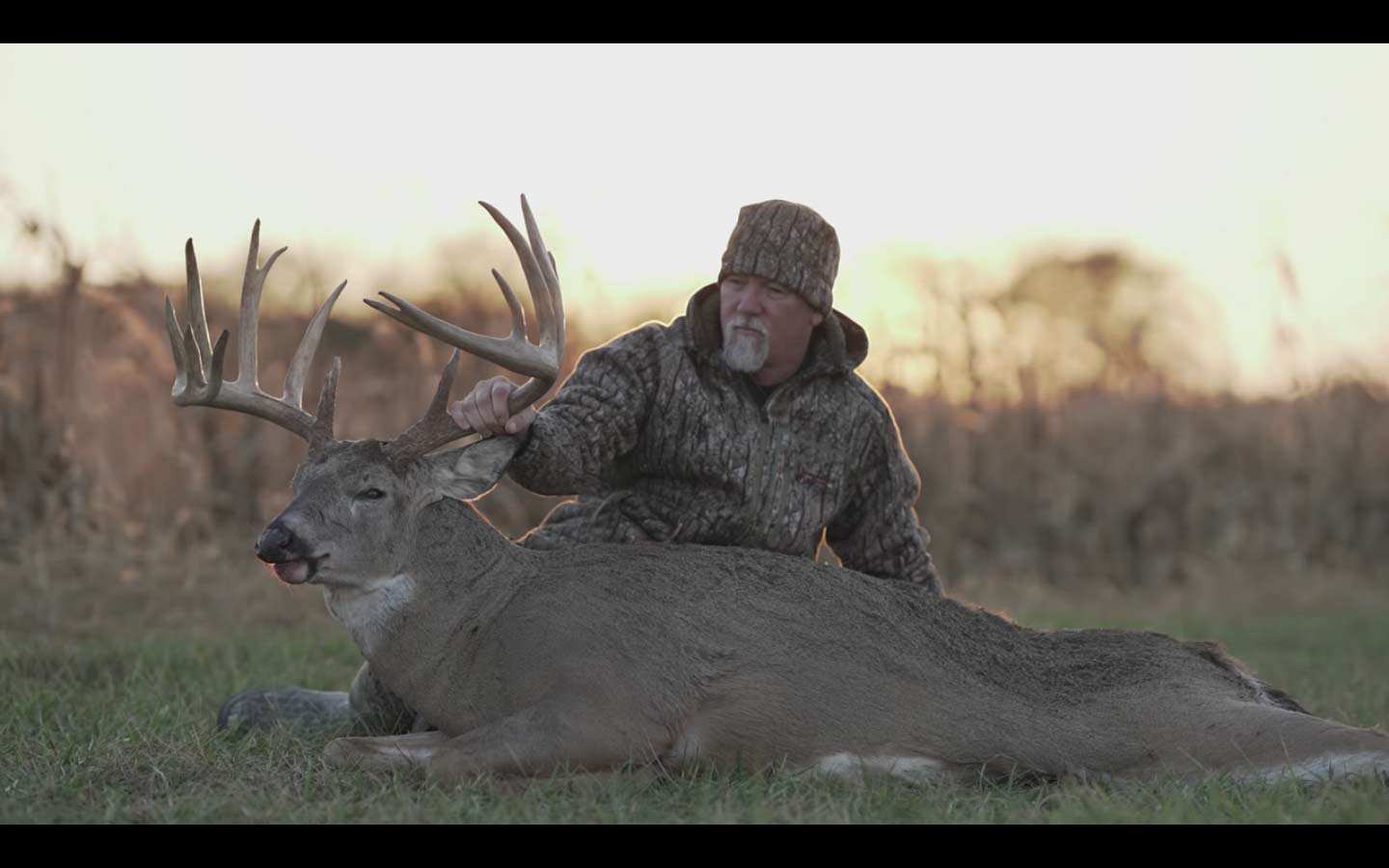 Last October, Illinois whitetail expert Don Higgins killed a huge typical buck that he’d named “Mel,” after legendary bowhunter Mel Johnson. It was Higgins’ third archery buck that grossed over 200 inches B&C, and we covered the story of the hunt shortly after it happened.

The Higgins’ buck will become the 6th biggest typical whitetail in the P&Y record book and is the largest typical killed by a bowhunter in 16 years. The buck’s gross typical score is 213 inches, with 8-1/8 inches of nontypical points for 221-1/8 of total antler.

Higgins had dozens of trail-cam pics of the buck and had seen him on multiple occasions. He estimated the buck would gross close to 220 and net about 196. “When both of those figures proved to be slightly low, I was ecstatic” says Higgins. “I don’t want anyone to ever accuse me of stretching the tape. When I state a buck’s score or age, I do so with as much honesty as possible.”

As far as Mel’s place in the record book, Higgins’ was pleasantly surprised. “I honestly had not researched scores of the top bucks, although I was aware that Mel Johnson’s world record scored 204 4/8,” he said. “To think that my buck, which I named “Mel” after Mel Johnson, would come within 8 inches of the world record and actually have a higher gross score is very humbling.”

In case you missed it last fall, here is the full story of Higgins’ hunt for this incredible whitetail.

Only a relative handful of hunters have taken a 200-inch whitetail, and a whole lot fewer have managed a pair. When it comes to folks who’ve fooled three whitetail bucks of this size, you’re moving into the count-on-one-hand neighborhood.

Illinois land manager and whitetail expert Don Higgins joined that elite group on October 30th, when he arrowed a buck he’d named “Mel.” The 220-inch whopper was Higgins’ third 200-plus-inch buck, and almost as impressive was the history Higgins had with this 4-year old Prairie State trophy. Here’s his story.

Higgins had literally watched the buck grow up on his 120-acre farm. “I first became aware of him when he was only a yearling,” he says. “I normally don’t pay that much attention to bucks growing their first set of antlers, but this one was a 10-point that year, so he sure had my attention. I saw him several times that fall and had many pictures, and the next spring I found one of his sheds.”

While that first rack was promising, even Higgins wasn’t prepared for the buck’s next set of antlers. “When I first started getting pics of him in 2018, it took me a couple of weeks to realize which buck it was,” he says. “But once I did, I knew I was looking at the biggest wild 2½-year-old buck I’d ever seen. He was a clean 160-class 6X6 that year. That’s when I named him Mel, because I thought, if he keeps making jumps like that, he could threaten Mel Johnson’s world-record Pope and Young typical mark.”

The growth on Mel’s third set of antlers was just as explosive. “He just threw all kinds of junk that year,” Higgins says. “I had trail-cam pics of him all summer and filmed him in velvet. And even before the 2019 season opened, I decided I would have to pass him up if he gave me a chance. He was a 3½-year-old that would easily go over 200 inches. All I could think about was, what would he do if he had another year. On opening night of the bow season that year, Mel walked out and gave me a perfect shot. I never even picked up my bow. The next spring, I picked up his sheds and figured that he was right around 216.”

When the summer of 2020 came, Mel had actually “cleaned up a little,” according to Higgins. “He’d grown a little, but actually lost some of the junk he had the year before. That summer I kind of agonized about whether I should shoot him if I could. While it would be fun to see what he’d do as a 5-year-old, I also knew that other hunters were aware of him, and he was a wanderer; he ranged three miles from my farm in two different directions, and a mile and half in another. He was a fighter, too, and I knew he would break off points, if not a whole beam. So, after a lot of thought, I finally decided that if Mel gave me a shot and his rack was intact, I’d take the shot. If he was busted up, I’d give him a pass.”

In the first week of the 2020 season, Higgins would see Mel three out of his first four hunts. “He was bedding in a field of switchgrass, and he would only leave that area with the wind perfectly in his face. There was nothing I could do but watch him. Then, in mid-October, I did what I usually don’t do that time of year; I went in for a morning sit and I actually spotted Mel, working a scrape. I grunted at him a couple times, and while he looked my way, he wouldn’t come in.”

With just a few days left in October, Higgins felt conditions were lining up for a chance at Mel. “We’d had a good cold front come in, with a strong wind,” he says. “On the morning of October 30th, I got into my stand and had a pretty incredible day. I saw six different bucks, and they were chasing and sparring and grunting. I think I heard about every sound a whitetail buck could make that morning. I had a nice buck standing right in front of me, when he suddenly snapped his head around. I looked up and Mel was coming in. The other buck moved off, and Mel worked in and gave me a 7-yard bow shot.”

While he knew his shot was good, Higgins waited in the stand for a while. When he climbed down, he could see the white belly of Mel lying a short distance away. “And then I did what probably no one does,” he says. “I didn’t even go over and look at him. I walked back to my house and called my grandsons, so they could come and track him with me. And then I took a two-hour nap. When my grandsons arrived, we went in to recover the buck. It was a pretty special morning.”

Higgins was thrilled to tag another giant whitetail, on one hand, but he admits that the experience was a little bittersweet. “For me the thrill is always the chase,” he says. “Once you’ve tagged the animal, it’s over. I’ve reached the stage of my hunting life where if I never kill another big deer, I’ll be fine. But that doesn’t mean I won’t be out there trying.”

Perhaps the greatest satisfaction Higgins enjoys is making his property the best it can be for whitetails. “People think I hunt on some huge, manicured estate,” he laughs. “I own 120 acres, and when I bought this place I’d honestly be lucky to see a doe on it. Through a lot of hard work and patience, I’ve made it better. And now one of my biggest thrills is helping other people with the same goals I had, do the same things I’ve done.” For more information on Higgins’ food-plot and habitat products, visit realworldwildlifeproducts.com. To view a complete video of his hunt for Mel, watch his YouTube video.