Should Oklahoma have a Sasquatch Season? Some poo-poo the idea as ridiculous; others say that it’s their God-given right to hunt the hairy creature 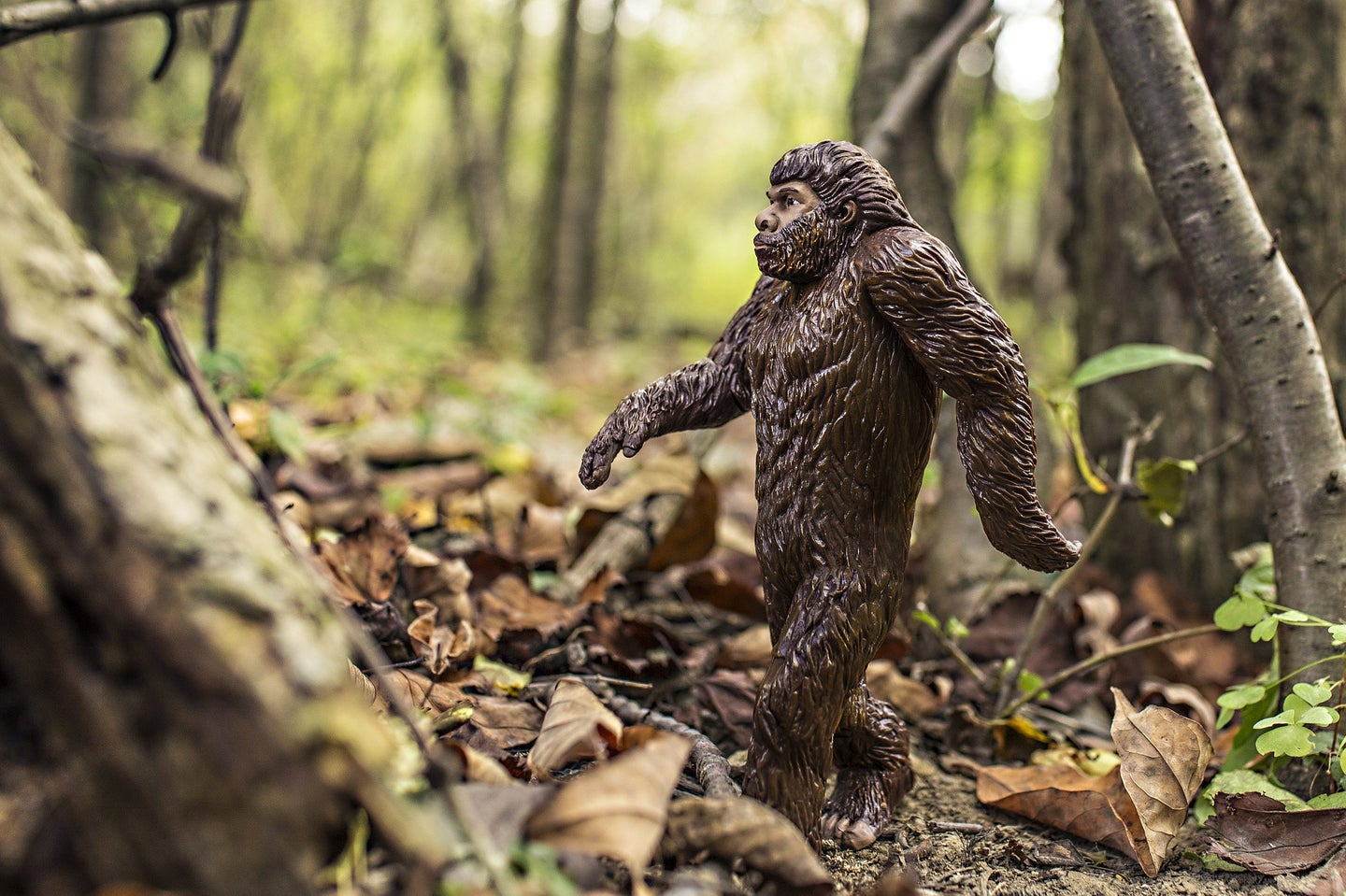 If you’re planning to hunt in Oklahoma next fall, you might want to shave your back first. Definitely don’t wear a ghillie suit. That’s because if Oklahoma State Representative Justin Humphrey gets his way, there will be a Bigfoot hunting season. House Bill 1648, introduced January 5, 2021, would establish rules, dates, hunting licenses, and fees to hunt what had previously been thought to be a mythological creature.

“Establishing an actual hunting season and issuing licenses for people who want to hunt Bigfoot will just draw more people to our already beautiful part of the state,” Humphrey, a Republican from southeast Oklahoma, told the Houston Chronicle. Before running for office, Humphrey had a career with the Oklahoma Department of Corrections.

Read Next: What Would You Do If You Saw Bigfoot in the Woods?

The lawmaker told KOCO-TV that he doesn’t intend for people to actually kill the creature. Instead, he wants to offer a $25,000 bounty to anyone who catches one alive. He did not specify what would be done with the creature if caught, although no statute specifically bars a Bigfoot from running for the legislature. Humphrey did not provide any specifics about how one might go about this, either, although Bigfoot researchers say they often leave marbles and Snickers bars for the animals. Bigfoot hunting is also usually done at night by groups of hunters, because who wants to spend Friday night alone?

Not in Oklahoma, according to a spokesperson for the state Department of Wildlife Conservation, who expressed surprise at the suggestion. Of course, just because something doesn’t exist does mean you can’t hunt it. Many seasoned sportsmen, like me, know all too well what that’s like. On the other hand, Bigfoot does seem to be gaining credibility in some places. In 2018, a Crestline, California, woman sued the state, as well as the California Department of Fish and Wildlife, for refusing to acknowledge the existence of Bigfoot.

The woman, Claudia Ackley said she and her two daughters were hiking a trail in Blue Jay on March 17, 2017. Her daughters saw the Bigfoot first. It was 30 feet up a tree. The children froze. “He looked like a Neanderthal man with a lot of hair,” Ackely said. “About 800 pounds. I was trying to tell it to please not hurt us, and that’s when he just stared at me.” She called 911 but said authorities didn’t believe her. The dispatcher told her she had seen a bear. “This was no bear,” she says. “I know what I saw.” She says she is suing in part to protect other parents whose children might be traumatized by Bigfoot sightings along the trail.

In Oklahoma, Rep. Humphrey’s bill has elicited mixed reactions. While some favor the idea, Micah Holmes of the Oklahoma Department of Wildlife Conservation told KOCO-TV, “We use science-driven research, and we don’t recognize Bigfoot in the state of Oklahoma.”

To no one’s surprise, the proposal has blown up on social media. “First of all, this is, as they say, ‘plumb dumb’,” wrote one commentator. “Secondly, if such a creature does exist, they are obviously very intelligent, as they’ve been able to elude humans for centuries, and should not be subject to hunting.”

Another commentator wrote that the whole idea might simply be a clever way to boost tourism and increase funding for the Wildlife department. But those criticizing the idea seem to be in the majority, with opponents arguing either that the proposed season is preposterous or noting that, as it stands now, the state has no specific restrictions on Bigfoot hunting.

“This is why we can’t have nice things in Oklahoma. The rest of the country thinks we are inbred,” wrote another poster.

Another wrote: “You’re just a typical big-government liberal. Expanding government power and charging money for something that is a God-given right and infringing on my freedoms.”

In a video posted on Facebook, Humphrey said, “If you don’t like Bigfoot, you don’t have to participate.”