Last fall, a diverse group of adult-onset hunters got their first taste of bowhunting whitetails 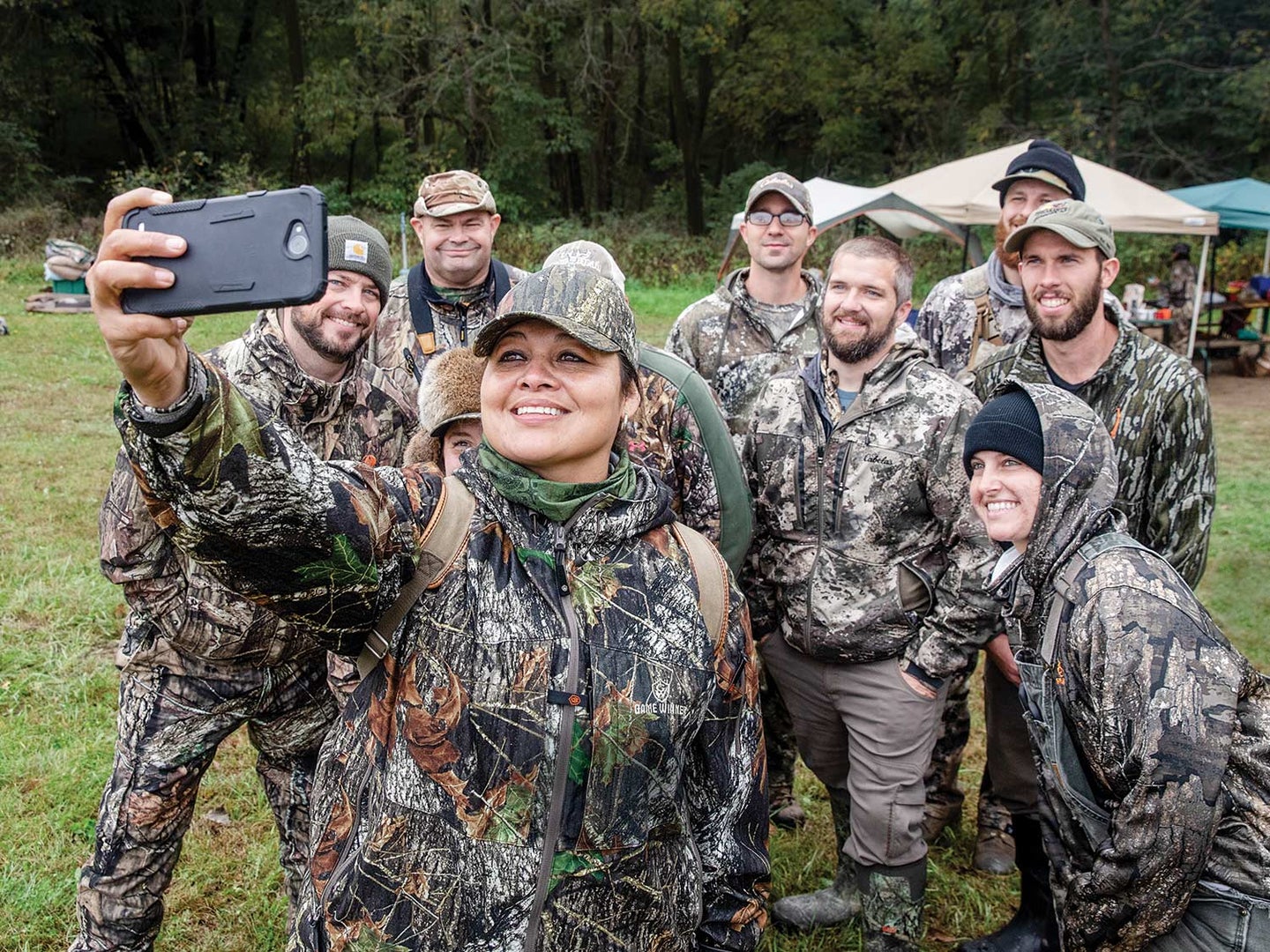 Toasting s’mores with the group around the campfire, Connor Wakefield, bowhunting fanatic, turns to Katie Robbins, brand-new archer, on the eve of her first-ever deer hunt.

“Ready to smoke one in the morning?” he asks.

“Dude, I’m a musician,” Robbins says. “’Smoke one’ means something totally different to us.”

Put rank beginners together with experienced hunters, and it takes a little time before everyone speaks the same language. That’s part of the point of this mentored deer camp. From little things like jargon to big stuff like turning wild game into meat, there’s so much to learn about the sport of hunting that total immersion, one-on-one with a mentor, is the most efficient and effective way to start.

That’s why nine first-time hunters, dressed in new and borrowed camo, are hauling tents and bow cases into a state park campsite on an October afternoon in eastern Iowa. With them are nine volunteer mentors, who will see them through a weekend bowhunt sponsored by the Iowa DNR and Edible Outdoors, a local foraging community. Urban, “adult-­onset” hunters like these are today’s blue-chip prospects in the world of hunter recruitment, retention, and reactivation, also known as R3. Unlike kids, who are long-term projects, adults have disposable income, cars, and their own calendars. They can take a safety course, buy a license, and start hunting right away. All they need is someone to teach them.

Meat of the Matter

Among the milling crowd of newbies and mentors, Wakefield stands out, and not just because of his basketball-player height and bushy red beard. He burns with the fervor of a recent convert and hopes to ignite the spark in others. He has the most severe case of ­adult-­onset hunting I’ve ever seen. Wakefield never hunted until after a college friend introduced him to bowfishing. “I got tired of staying up all night shooting fish I couldn’t eat,” he says. “So I switched to deer.”

That was three years ago. Now he bounces between Iowa and Kentucky, filming his own public-land hunts, guiding a little, dreaming of quitting his job as an RV tech, and hunting his way west out of his Subaru until he lands in Alaska. He’s as far gone a deer hunter as you’ll meet, and yet not once during the weekend does he mention antlers or scores. Venison is Wakefield’s trophy, which perfectly reflects the R3 surveys that rank meat as the prime motivation for new hunters. Antlers don’t make the list.

Once the tents are pitched, the hunters practice shooting at a 3D buck target. Creighton Gaynor zips three arrows into a tight group in the vital zone. I’ve seen Gaynor on stage for years as part of an Iowa City institution, the Fez, a Steely Dan tribute band. He plays percussion, and ­Katie Robbins sings. I’d never have guessed that ­Gaynor has a broadsword at home. “I’m fascinated by the early weapons of our ancestors, including bow and arrow,” he says. “Guns don’t appeal to me. And I like the idea of putting an ancient skill to use.” In the R3 surveys, learning a skill ranks second to meat as a motivating factor for adults taking up hunting. That doesn’t necessarily mean learning to shoot a gun, though. Some find firearms intimidating. Others don’t like them. Archery hunts are an easier sell to more-liberal-minded urban dwellers, a lot of whom end up buying deer rifles eventually. Bows and crossbows are the gateway implements.

From Hipster to Hunter

On the morning of the first hunt, we’ve pulled picnic tables together under a tarp in the dark, and there are coffeepots perking on a Coleman stove. There’s anticipation and some confusion, including a search for a missing release, but the group herds up and heads out, dispersing into the dark, two by two. There’s no room for me or the photographers in the blinds, so we drink coffee at camp, hoping for a phone call from the field.

As we hang out, I learn that photographer ­Caleb Condit, who is shooting the hunt for the Iowa DNR and Edible Outdoors, is an actual ­hipster-turned-­hunter of the kind you read about in stories like the Wall Street Journal’s “Put Down that Kombucha and Pick Up a Crossbow.” Granted, no one likes being called a hipster, but Condit checks a lot of the boxes: Lived in the city. Made house music. Bearded. Foodie. Into hats. One-time vegetarian (bonus points). He even dabbled in antihunting for a while.

“I couldn’t stick with it,” he tells me. “I kept meeting hunters and thinking, I like these people.” After moving back to Iowa, Condit covered an Edible Outdoors archery and fall-mushroom class last September, which inspired him to buy a bow. He killed a deer with it that fall and was changed. His fiancée, Rebecca, is in one of the blinds now, and the two of them dream of chasing elk together.

Around 10 a.m., the hunters begin trickling back into camp. It was a slow morning, and heavy rain washes away any chance of an afternoon hunt. Since no one shot a deer, the park staff finds a roadkill deer for the class to dress and butcher. The meat is fine, but the collision scrambled the doe’s insides, and an overpowering smell of viscera hangs in the shed along with the deer. Undaunted, the new hunters take the knife in turns and start skinning, slicing, and trimming. I decide I’ve smelled enough and turn to breathe some fresh air out in the rain—and there, behind me, is a beaming Katie Robbins, holding a chunk of venison in one bloody hand and shooting a selfie with the other, to send to her brother.

One or two hunters see deer just out of range on the second morning, but the result is the same. Mary Russell and Kirk Parks are the last pair back to camp, just as they were the day before. Mary, an attorney, carries a pink leopard-print tote as a blind bag. Kirk, a retired M.P. who works in the archery department of a sporting-goods store, covers his shaved head with a boonie hat and wears a big sheath knife on his belt. They’re a mismatched pair, but Mary likes learning from Kirk, and she likes sitting in the woods and being in the moment. “When I am in the blind, I’m not thinking about my own bullshit, because I’m focused on what’s going to happen next,” she says.

Lunch is the loin from yesterday’s roadkill doe, cooked in a skillet by Chef Dan, who made last night’s dinner. This crowd came to camp for wild meat, and it doesn’t disappoint. The medallions go like potato chips. Although nobody killed a deer, everyone got their hands bloody and got to taste the results of their labors. As we break camp, the DNR’s Jamie Cook asks who would like to buy their loaner bow. Everyone says yes, and almost all of them will hunt again this fall. That’s typical of mentored hunts. QDMA’s Field to Fork mentoring program, from which this one has spun off, estimates that 80 percent of its recruits buy a license and hunt the following year.

Mentoring programs work. They aren’t enough to reverse the decline in ­hunting-­license sales by themselves. But they bring new hunters into the field, and the rewards they offer accrue to new hunters and their mentors alike.

Last October, mentor Steph Busenbark heard sniffling as she sat in a ground blind with her new hunter. “She was crying,” she says. “She told me, ‘All my life I’ve wanted to do this, and now I’m actually hunting.’ Becoming a mentor helped me fall even further in love with the outdoors.”

Giving up your own time in the field to help someone discover the sport you love leaves you feeling fulfilled. Warm. Fuzzy. You could go so far as to call it a high, even on a morning when you don’t smoke one. 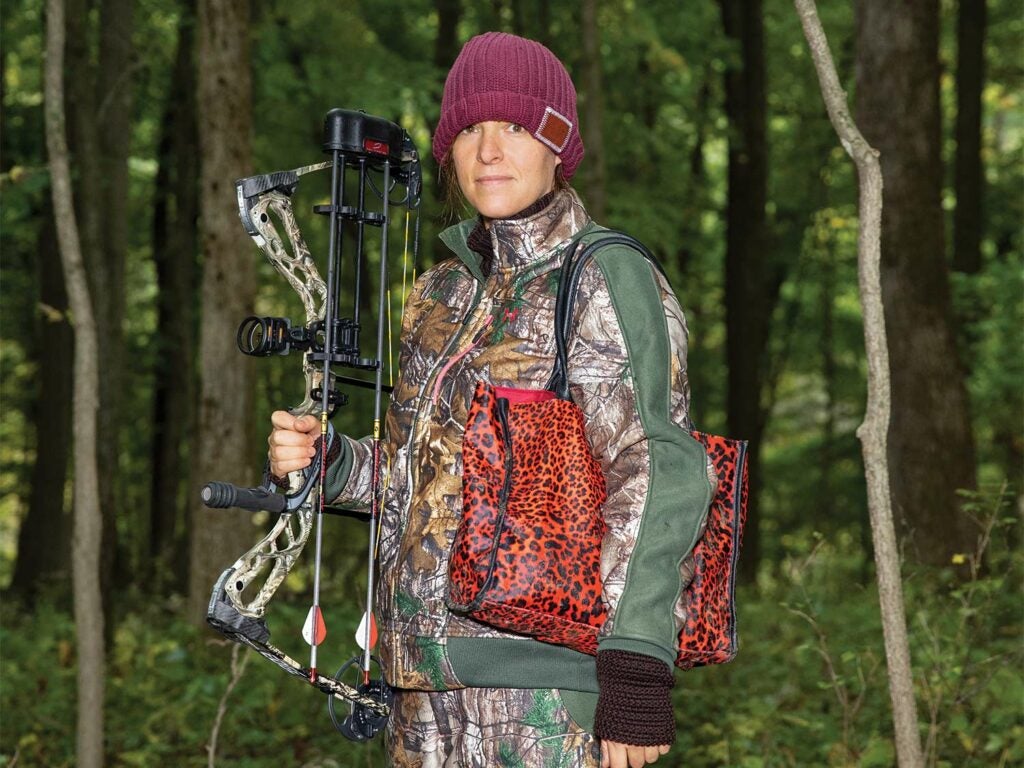 “Cooking is important to me, so I was interested in game, and I wanted to find something else to do outdoors during the fall and winter. I took a pheasant hunting class that Rachel offered. I had no hunting background and never would have taken that initial class if it hadn’t been run by a woman. After this experience, I’d go deer hunting again even if I knew I wouldn’t see anything.” 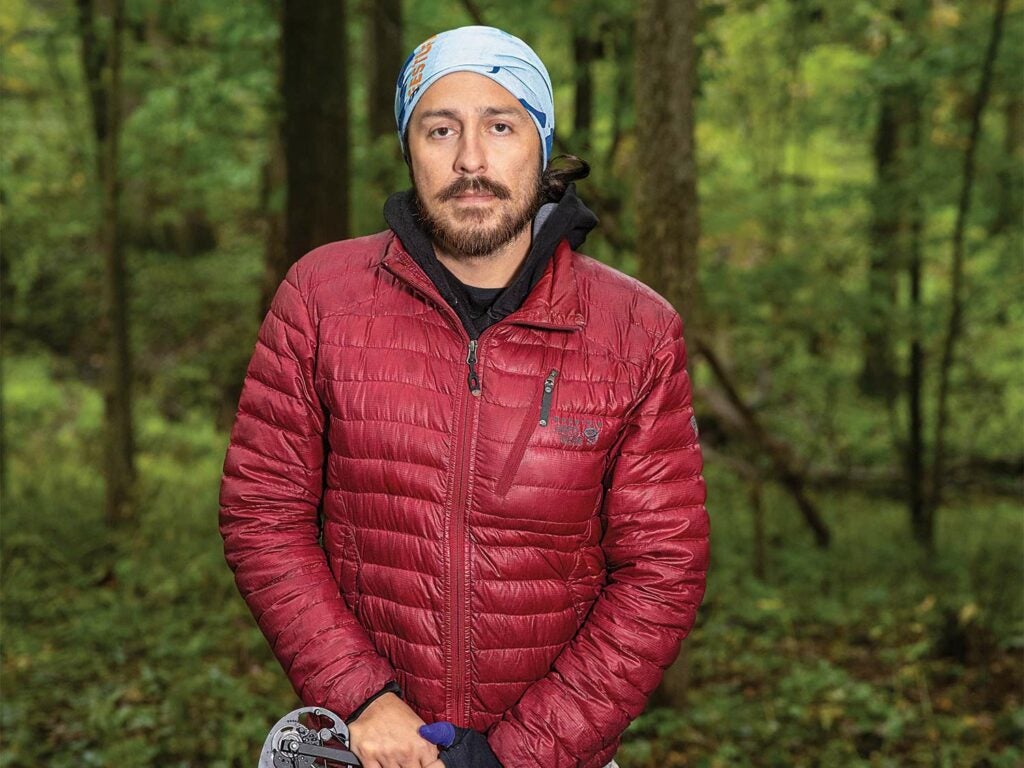 “I love nature and hiking. I feel like hiking and hunting go hand in hand. I was vegetarian for a long time. I get satisfaction out of starting with seeds and growing my own food. Learning to hunt helps me understand where my food comes from, and I don’t want to support factory farming.” 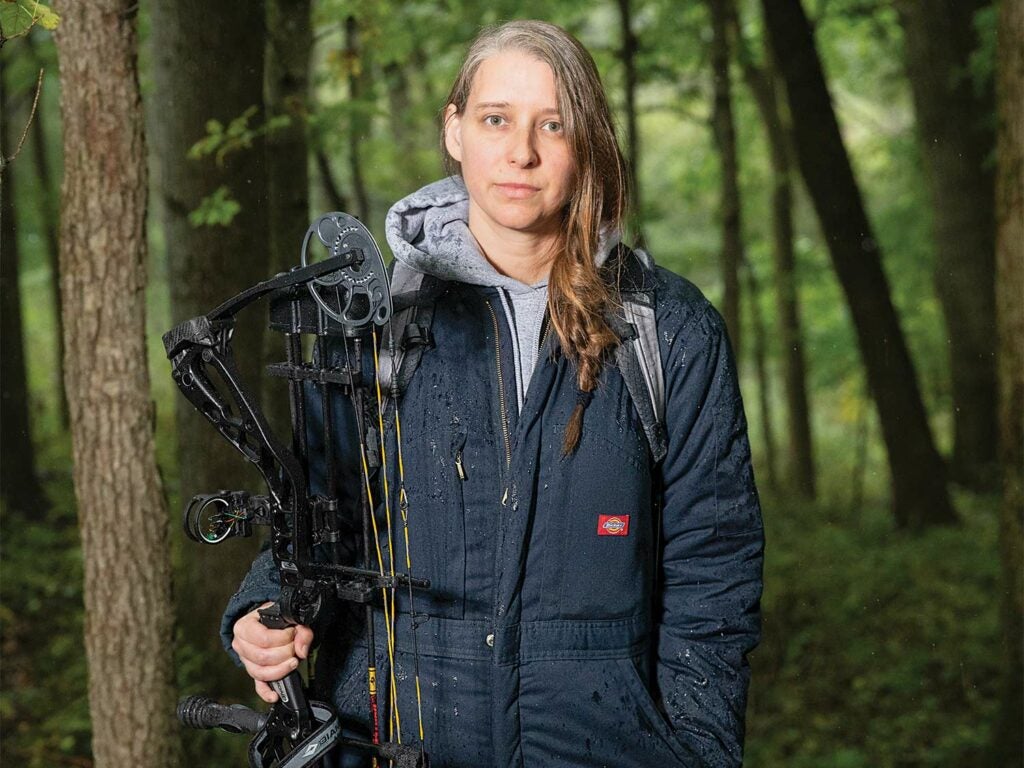 “I founded Edible Outdoors to put on classes in hunting, fishing, and foraging because there is food all around us if people know how to find it. I’ve always had a strong interest in local, sustainable foods. I worked on organic farms for years and was either vegetarian or vegan for about four years. When I started eating meat again, I felt that I needed to take part in the process. I started with butchering, and now I’m learning to hunt.” 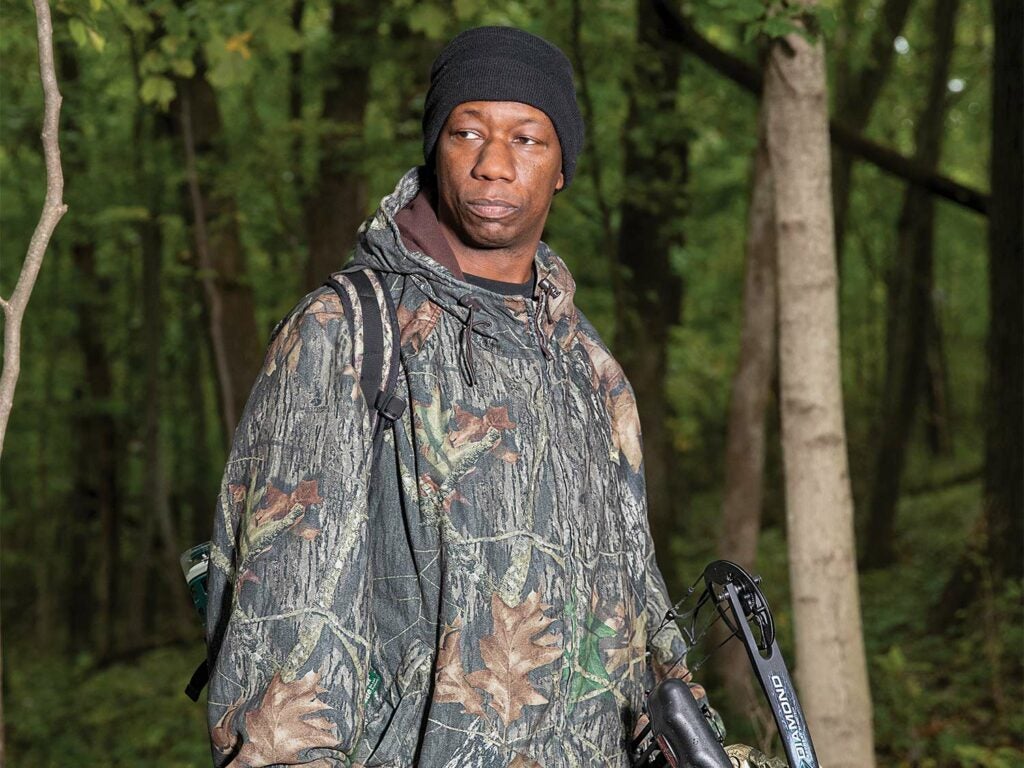 “I am interested in old weapons, so I was drawn to archery and the chance to learn it. I liked getting up early and hearing the woods wake up, first the frogs and insects, then the different kinds of birds. My mentor, ­Connor, had me ready. When we saw deer, I felt locked in and confident, but the animals never did come into range.” 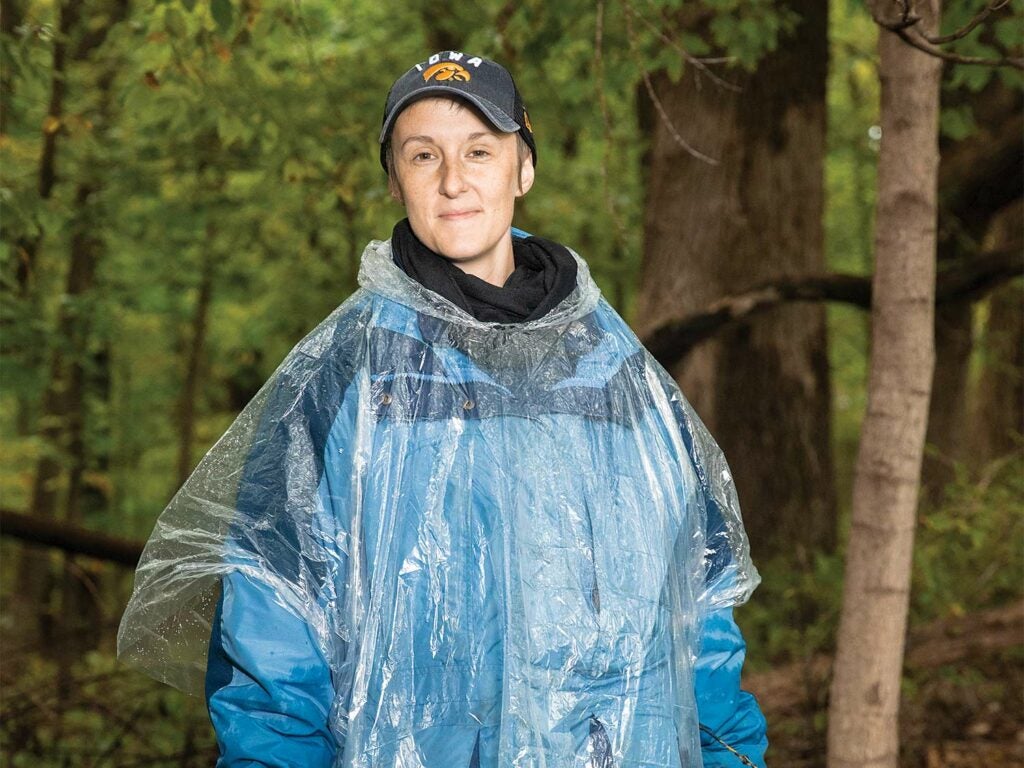 “I grew up in a rural community, but there were no guns in our house. I knew hunters in high school, so I knew hunting wasn’t just about killing. I was always interested in archery but was too busy with dance and music in high school to try it. Learning a new skill has given me a lot of confidence that I can hunt for my own food. It’s cool that the meat is sustainable, and now I have a skill that will make me valuable to society after the zombie apocalypse. Seriously, this has been a game changer for me.” 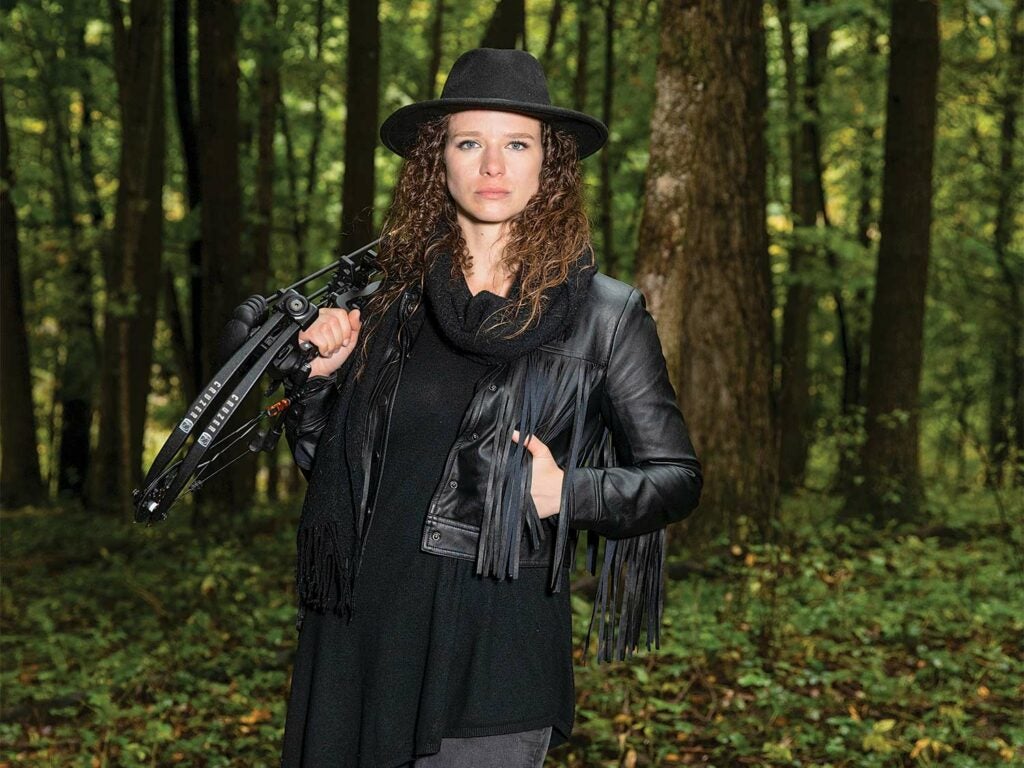 “My fiancé, Caleb, and I photographed Rachel’s archery class last year. That inspired Caleb to start hunting. He got a bow and was able to shoot a deer in his first season. I was already interested in foraging, and I want to learn how to provide for myself by hunting.” 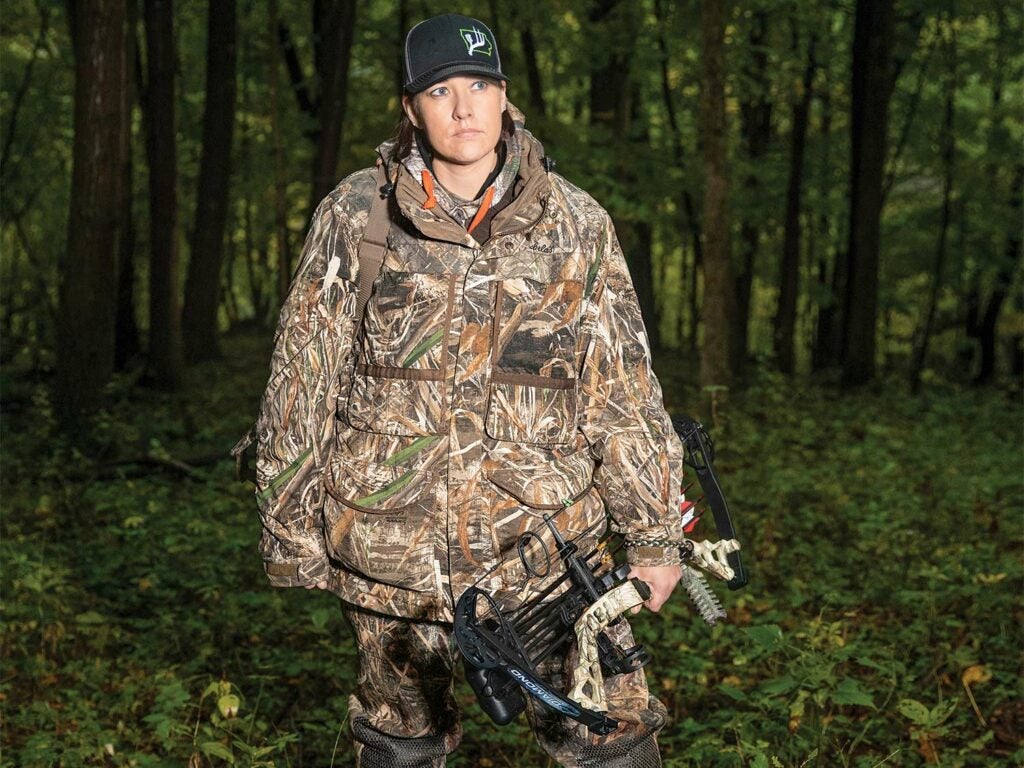 “An ex-boyfriend got me into waterfowling. This was a perfect opportunity to try bowhunting. I love the outdoors. It gets me outside and away from the TV.” 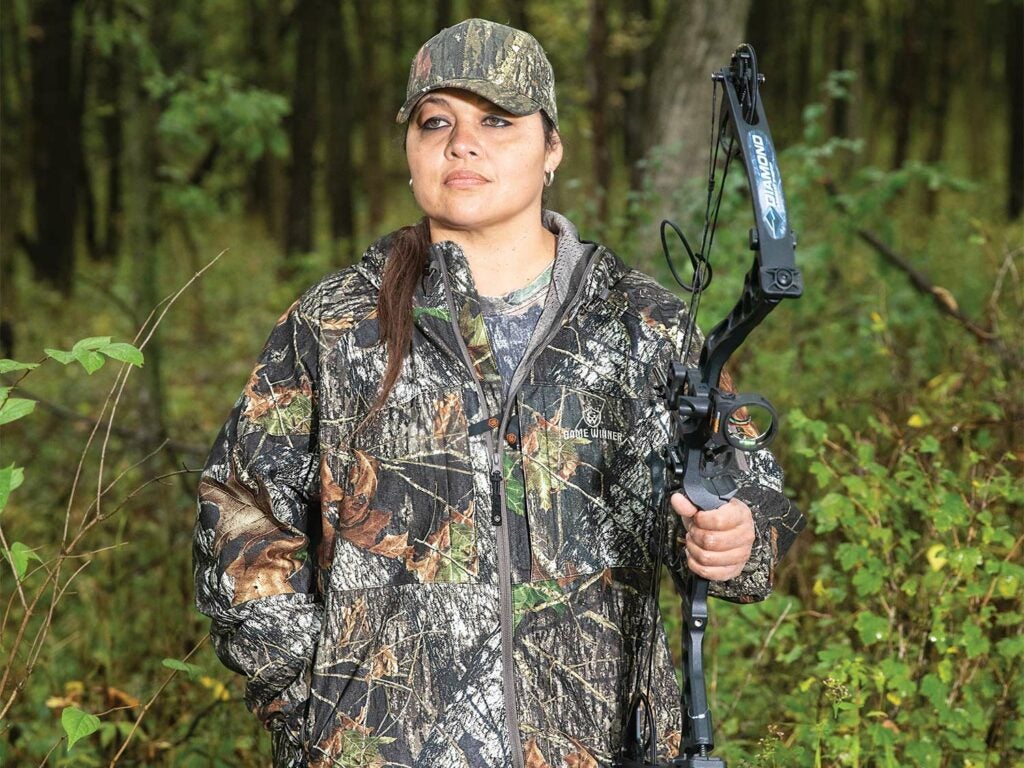 “I grew up in South Texas, where my father and uncle took my brothers hunting. I wanted to go, but they were protective of me. They didn’t think deer camp was a good place for girls. I have always wanted to hunt, and I want to learn how so I can take my son, Diego.” 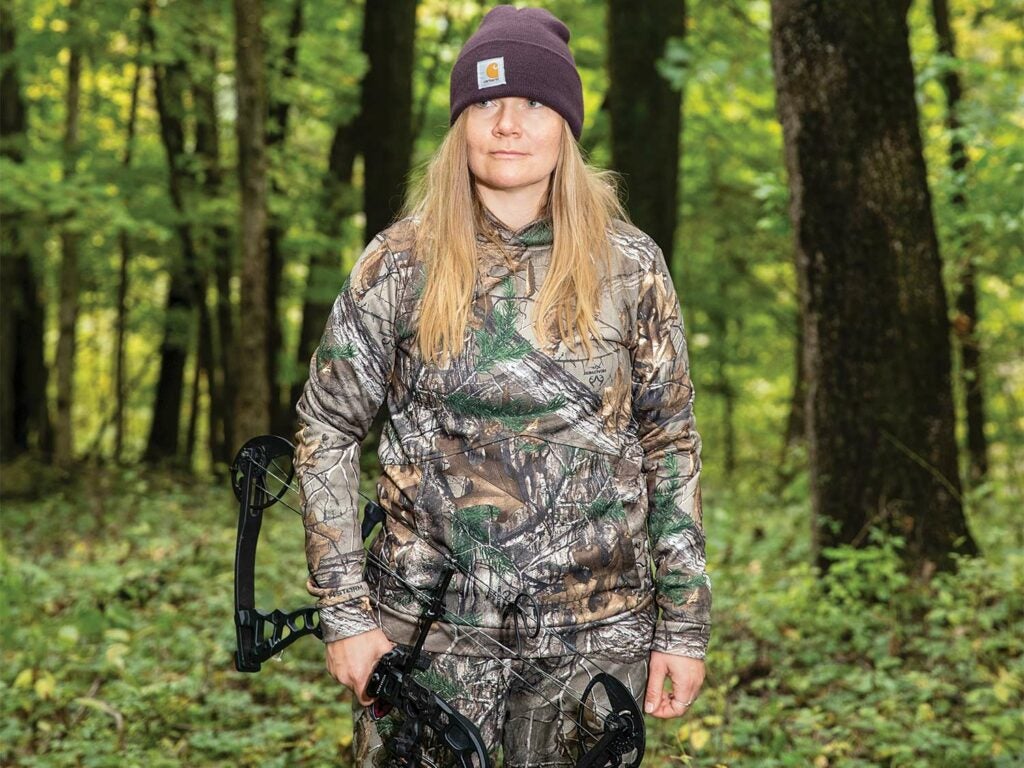 “I went squirrel hunting with my dad when I was young. He died before he could teach me to hunt. This class makes me feel closer to him.”