Giving Up the Ghosts 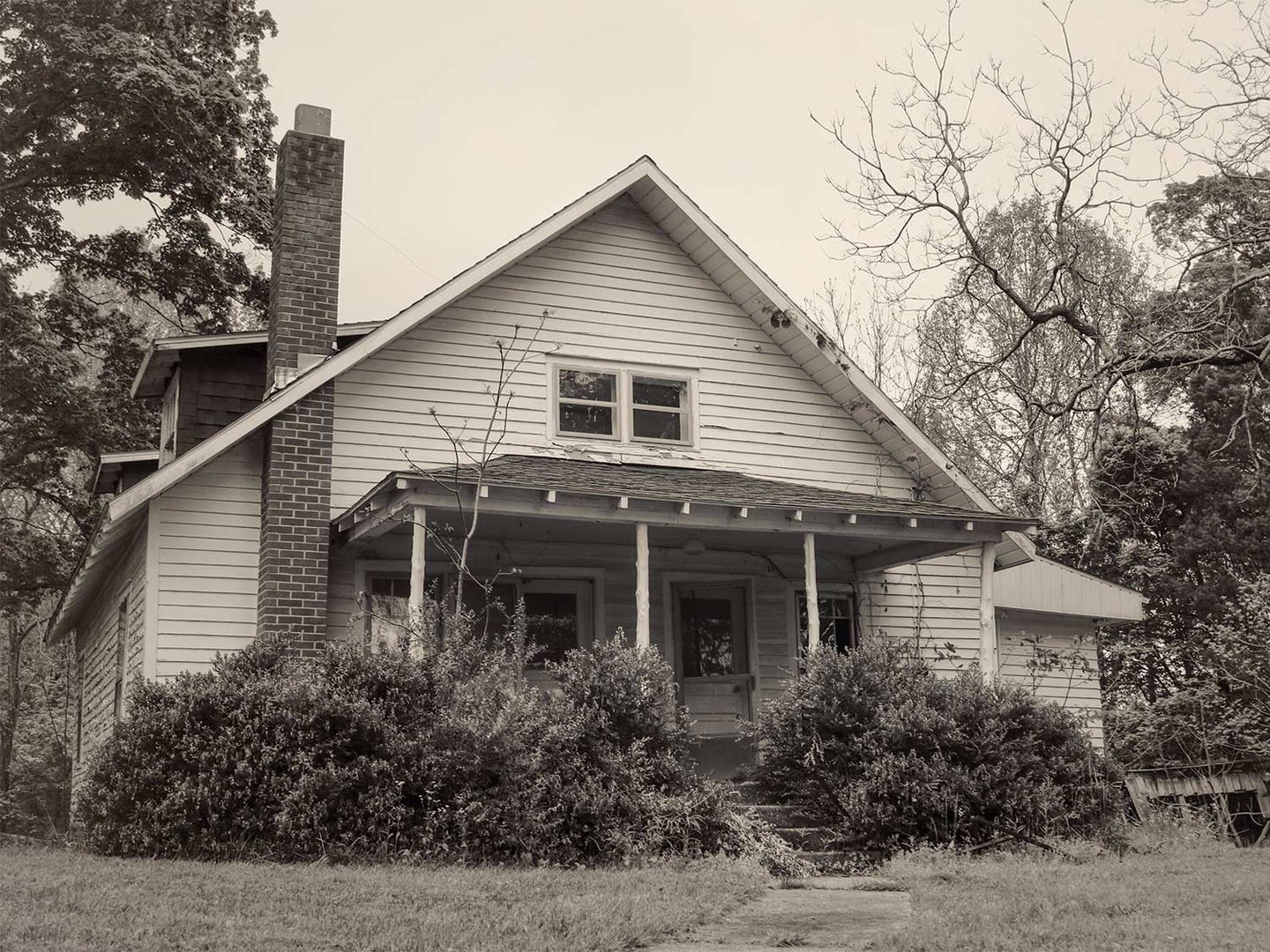 When I see the old farmhouse, the guilt hits so hard I actually stop in my tracks—as if freezing will somehow check the feeling. But it doesn’t, and I make my way to the cracked concrete slab that used to be the front porch.

This visit is long overdue. I’m here to prove the deer camp still has some life left, but it’s not pretty. The paint is peeling, the roof is sagging, and the bushes are as wild as an old man’s eyebrows. The aura of abandonment is so strong it’s almost eerie. The front door remains locked, shut tight against the years. Someone has smashed the window beside it. I consider the glass hanging from the sash, then swing a leg over the sill and duck inside.

The neighbors still know it as the old Hawkins place, though it’s been in the Krebs family for nearly 30 years. It was my dad’s hunting camp when I was a kid, an ancient farmhouse he fixed up with his own father and brothers. But lately Dad’s been threatening to raze the place, calling it an eyesore and a liability. His various plots involve letting his Amish buddy dismantle it for scrap or setting fire to it, thereby giving the volunteer firefighters in town something to do. The most recent plan—to let the neighbor level it with a dozer—is the dullest yet, and it means he’s serious.

Still, I’ve managed to delay demolition for years. My earliest memories are in that house. I planned to live there one summer, or the fall after college so I could hunt all season long. When that never happened, I daydreamed about fixing it on weekends. Even now, though there’s a newer, more comfortable house on the farm to hunt from, I still dream of this as a camp of my own. Who would join me, I couldn’t say. My own siblings don’t hunt, and all my hunting buddies live out of state. Hell, so do I. Still, I wish my dad and I could stay in the farmhouse to hunt, if only for opening weekend. But he’s a scent-­control evangelist who won’t hunt without a washing machine in camp, let alone kip on a cot if he doesn’t have to. He’s plenty of things, but no one would ­accuse him of being sentimental.

I set a boot on the floorboards, glass grinding under my heel. Lying in the dust is a grunt tube and a discarded business card printed with a familiar name: Big Al’s Deer Processing.

I met Big Al just once, when I was six. It was bow season, and I’d gone with my dad to drop off a buck. Big Al, who wasn’t that big, sawed through the skull plate, then handed over the antlers and a ticket for the meat.

Careful not to stab myself on the window, I straighten and look around. The bird’s nest on the toilet tank is new, but the smell is the same. The fridge is hanging open, and so are the mudroom cabinets, ransacked for any useful gear. There’s a stack of hunting magazines, wires on the wall, and a few wildlife prints warped beneath their frames. My favorite, a portrait of a Brittany with a bobwhite in her mouth, is missing.

I liked it best because I always thought it was my own dog, ­Amstel, in the picture. She looked happy, somehow, smiling through a mouthful of feathers. The real ­Amstel of my childhood was obedient to the point of asceticism, a hunting dog who barely hunted. Once or twice she got to chase quail before they disappeared from the farm. She was older than me, and we stuck together, sitting on the porch or exploring the farm.

Hoping the floor will hold, I step into the attic. In one corner is an ancient climbing stand. On the ground is a blaze-orange trucker hat, overstuffed with foam. I remember my dad wearing it on the only night I was around to help him drag out and load a doe. I was seven or eight, so I mostly just sat in the car’s trunk, swinging my legs and prodding her soft ears.

As a kid, I didn’t get to spend much time at the farm during hunting season, and never when all my uncles were here. There wasn’t room, and they didn’t want their young niece hanging around even if there had been. Most kids from families like mine get to go to deer camp when they’re old enough, learning plenty before ever pulling a trigger. I never got the invite. And I missed out on something that was right in front of me.

Back downstairs I study the main room, but what’s left of it isn’t what I want to remember. Instead I see the memories, and my half-baked plans—apparitions that still live here but will never fully materialize. I expected this visit would make me hold on even tighter, but to my surprise, the guilt loosens. No amount of sweat can resurrect it. The house was mine, in a very real way. But it was never my deer camp. It can’t give me now what I wanted when I was a kid, and saving it won’t change that.

Before I climb out the window, I lift a painting of a rising covey off the wall and tuck it under my arm. I walk across the barnyard, heading for the smallest barn. It’s a new camp of sorts, a freshly built skinning shed that doesn’t hold many memories yet. It’s not the same as the house. But it’s a good place to start something new.

Inside, I rummage in the workbench for a hammer and nail. But when I look up, I find the spot where I intended to put the painting occupied. Beside the block and tackle where we skin deer now, my dad had hung the portrait of the Brittany, a quail still in her mouth.