The Rut Hunt of a Lifetime

An icebreaker outing in a pristine spot produces an unforgettable hunt 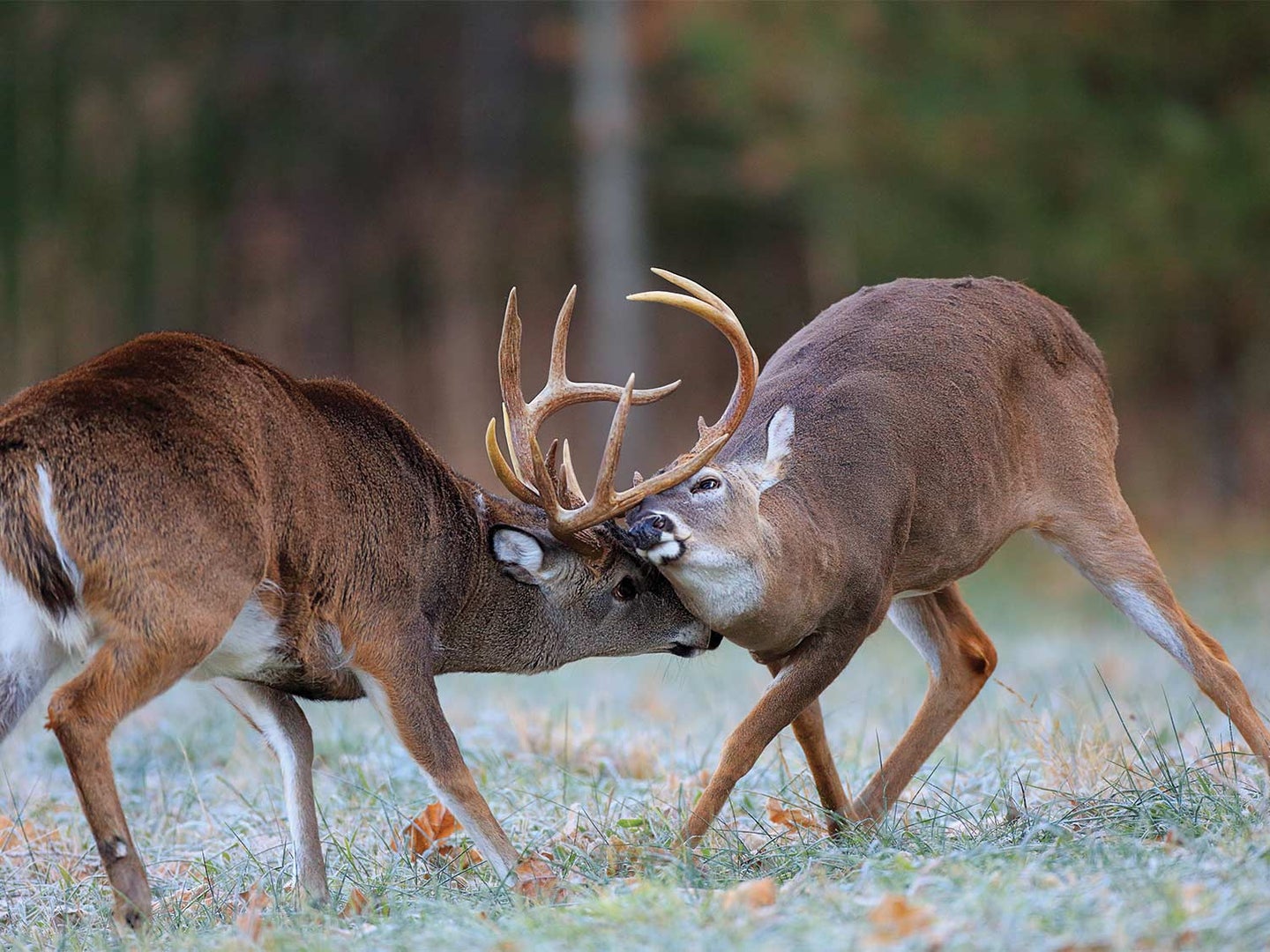 Looking at the 8-pointer I’d missed not an hour earlier, I felt good about my decision to be such a bow snob. I’d almost grabbed my crossbow in the morning, and had I done so, I’d have killed that buck less than five minutes into the new day. Instead, I’d brought my compound, misjudged the distance by 10 yards, and sailed one right under his belly.

Because I’d missed, I was still in the tree when a far bigger 8 chased a doe to 75 yards. They stopped in a patch of honeysuckle, where I could see the buck’s tines flashing in the sunlight. That’s when the one I’d missed reappeared and eased toward the thicket, one cautious step at a time, as if he knew better but couldn’t help himself. The big buck burst from the honeysuckle, ears pinned, and rammed the smaller one in the ribs, thrashing him into the dirt, and then he chased him out of sight. But not out of earshot. The next five minutes was a cacophony of violence; it sounded as if the big 8 had the smaller one stuck onto his antlers and was plowing a swath through the timber with him.

Meanwhile, the doe stepped out of the honeysuckle and began browsing casually on turnip greens. I knew her respite would be short-lived, though, because sure as the world turns, that big buck would be coming back to her. I clipped my release to the D-loop and waited.

My wife, Michelle, and I had hung this stand in a poplar at the edge of the creek bank back in September. It’s on the bend of a firebreak that’s 15 yards wide and separates the creek from an overgrown field. Earlier that summer, when we were working on plots, she pulled her tractor up to mine at the end of the day and shut it off. “Where you been?” I asked.

“Tilling up a spot along the firebreak near the creek, like we’ve been threatening to do for years,” she said. “We’re going to hunt that this season.”

Michelle killed her buck in a different spot in early October, so when the rut rolled around, the creek-side stand remained untouched. I snuck in at noon on November 2 to check a trail camera we’d set there when we planted the plot. What had been bare dirt was now an ankle-high oasis of Winter Greens and oats. The camera showed a lone, long-faced doe that seemed to live there. I didn’t see any daylight photos of big bucks, but my gut said to hunt it. I set my alarm early, paddled down the creek in the dark, and climbed into the tree.

It was a cup of coffee, as much as my poor shooting, that saved that smaller 8-pointer. I wasn’t expecting to see a deer until the morning’s frost burned off, and so instead of ranging things, I was pouring myself a cup when I saw him walking down the firebreak right to me. By the time I set down my coffee, the buck was in bow range. I looked at his rack and started to think, Boy, he’d be a nice one next year, as I hit full draw. Too late. After I missed him clean, he bounded, white flag up, into the honeysuckle thicket out in the fallow field.

I smiled, nocked another arrow, and freshened my cold cup of coffee. The sun had just burned away the frost when I heard grunts and watched the doe prance out of the thicket. The buck boiled out from behind her, a beast of an animal that dwarfed the young one I’d just missed.

After chasing the smaller buck away, thrashing him from ridge to ridge, the big 8 seemed to be gone for good. But then I spotted his rack twisting left and right as he worked a licking branch on the far side of the honey­suckle. The doe was just 50 yards from me and working closer when he rushed at her. She skipped down a trail and stopped broadside in the plot, in chip-shot range. As soon as his nose hit that trail, I drew—and just as I bleated to stop him, the same smaller 8-pointer burst out of the fallow field and ran right at them, like some brat cannonballing the city pool. Deer scattered. Within seconds, the bucks were 100 yards away, with me still at full draw.

I let down, scanned for the doe, and found her under my stand, peering into the creek at the open bow case in my johnboat. It’s all over, I thought.

But then she looked back toward the firebreak, snorted, and took off. The big 8 was bearing down fast, his legs loose as leather strops. I yelled a bleat at him as he ran under the stand, and he stopped, slightly quartering away, at five steps. I touched the release, and he ran a frantic half-circle then fell dead 30 yards off.

I sat down. It occurred to me, after all that coffee, that I needed to pee, but damned if I could balance on my knocking knees. So I held it and watched. The doe stood at one end of the firebreak, stamping her foot, before taking off again. The smaller 8 swung around the plot and chased her up into the timber.

I was in no hurry to climb down. You only get a first sit once.