The Science of Hunting Traditions 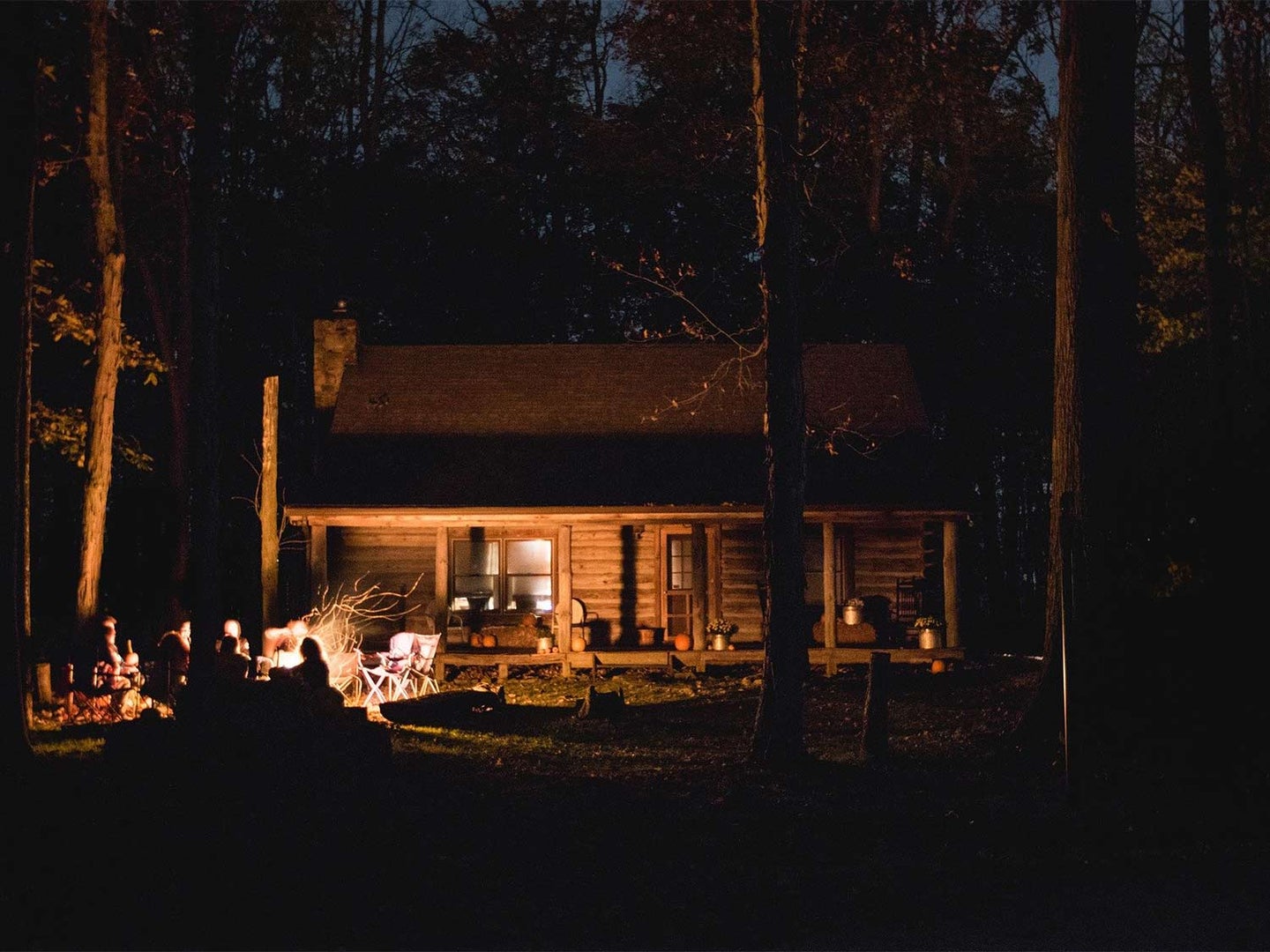 Swapping stories around a campfire is a tradition at just about every hunting camp. StockSnap via Pixabay
SHARE

At 5 a.m. on the first day of rifle season in Clearfield, Pennsylvania, Johnny Gaylor stands at the camp stove to cook breakfast: sausages, flapjacks…and buckwheat pancakes. No one in camp exactly likes the buckwheat pancakes. They’re dry, thick, and gritty; the hunters joke about their coarseness. But they’re tradition, and eating one brings good luck.

“We eat them because it says ‘buck’ in the name,” says Scott Farrow, my father, who’s traveled from New Jersey to this Thanksgiving-weekend camp every year since he was a teenager. “And all we’re looking for that morning is one of those.”

The Weilder Outing Club cabin, built in 1915, sits off State Park Road in the Moshannon State Forest. Oak and maple trees surround the wraparound porch, and a shooting range sits to the right of the house. There’s no heat, and the outhouse serves as the only bathroom. If somebody wants a shower, they clean up with a sponge or rag at the farm sink in the kitchen.

To some, this cabin may not seem like much—but every opening weekend, it’s home for the same crew of hunters: Johnny, Little Johnny, Tini Gaylor, Uncle Paul Jones, Mark Schultz, Davey Nuss, Jim Welsham, and my dad. They spend the afternoon before the opener chopping firewood for the weekend and sighting in their guns.

I went to Clearfield once when I was in high school. My dad and I loaded up the truck with gear, including my grandfather’s old sleeping bag. “Pop-Pop Ted would love to be here with you,” my dad told me. Once we arrived at camp, I sighted in my gun with Uncle Paul, who was my grandfather’s best friend, and he treated me just as Pop-Pop Ted would’ve—with a challenge. Uncle Paul told me that if I could hit the bull’s-eye, he’d give me his hat.

That target stayed tacked to my wall for years—and I still wear that hat every time I go hunting. For me, putting it on is tradition.

The Science of Traditions

The beginning of deer seasons across the country marks similar traditions for many hunters. Especially in times like these—ones of turmoil and uncertainty—traditions create normalcy and similarity, according to Saul Levine, professor emeritus in psychiatry University of California at San Diego who’s studied the psychology behind traditions and humans’ effects on others. He boiled hunters’ desire for tradition down to four B’s: belonging, being, believing, and benevolence. That idea of belonging—i.e., camaraderie—ought to resonate with every hunter.

“Tradition, by definition, has to do with past and repeating—repeating behaviors, emotions, and feelings that you’ve had in the past in a certain type of ritualized manner,” Levine said. “All humans need traditions. It’s an important foundation for their sense of stability.”

Predictability and familiarity don’t detract from the unknown or excitement in hunting, Levin said. Instead, stability allows each individual hunter to gain a sense of being, to feel rooted in their identity and appreciate themselves for what they bring to the table. “Traditions are not just a sense of meaning, they’re a sense of feeling,” he said. ” I like being with these people. We’re on the same wavelength. We share ideas. But, also, I feel so good and I can’t wait to do it again next year. “

The idea of “believing” that Levine spoke to refers to following values that help shape how we lead our lives. Hunting traditions bring a feeling of “the good old days,” allowing those participating to boil times down to when they were simpler or purer. “Tradition is important for everybody in every aspect of their lives,” Levine said. Even for those who try to break away from the mold, Levine said, “they still want to get together with old friends and to do old rituals—things that they can depend on that gives them support. Because if we don’t have that, then there’s the question, What have we got?”

When it comes to community, the notion of benevolence plays a role in enhancing other’s lives. Humans individually are so different from one another, Levine said, yet commonality and caring for one another brings them closer, toting support and togetherness in hand.

They’re staples of many hunting camps, too.

In my family, the Clearfield tradition begins after our Thanksgiving dinner. Every year like clockwork, we’ll finish eating, then my dad heads to bed before the rest of the family starts cleaning up. In the living room is a pile of his hunting gear—rifle, camo, vests, boots. Come morning, before sunrise, he’ll get up to make the 4 ½-hour drive to camp, stopping only to buy his license and fresh shells from Bob’s Army Navy.

“I go up to camp to hunt,” he said, “but I return every year to be with my friends in the great outdoors and to feel the presence of Pop-Pop Ted as I walk where I know he walked.”

The night before opening day, the gang will sit around the stone fireplace, telling stories of old hunts and remembering past hunters. Eventually, they’ll all retire to the bed, then wake up to the smell of buckwheat pancakes—the first sign opening day is finally here.