The 5 Toughest Shots at Deer—And How to Make Them 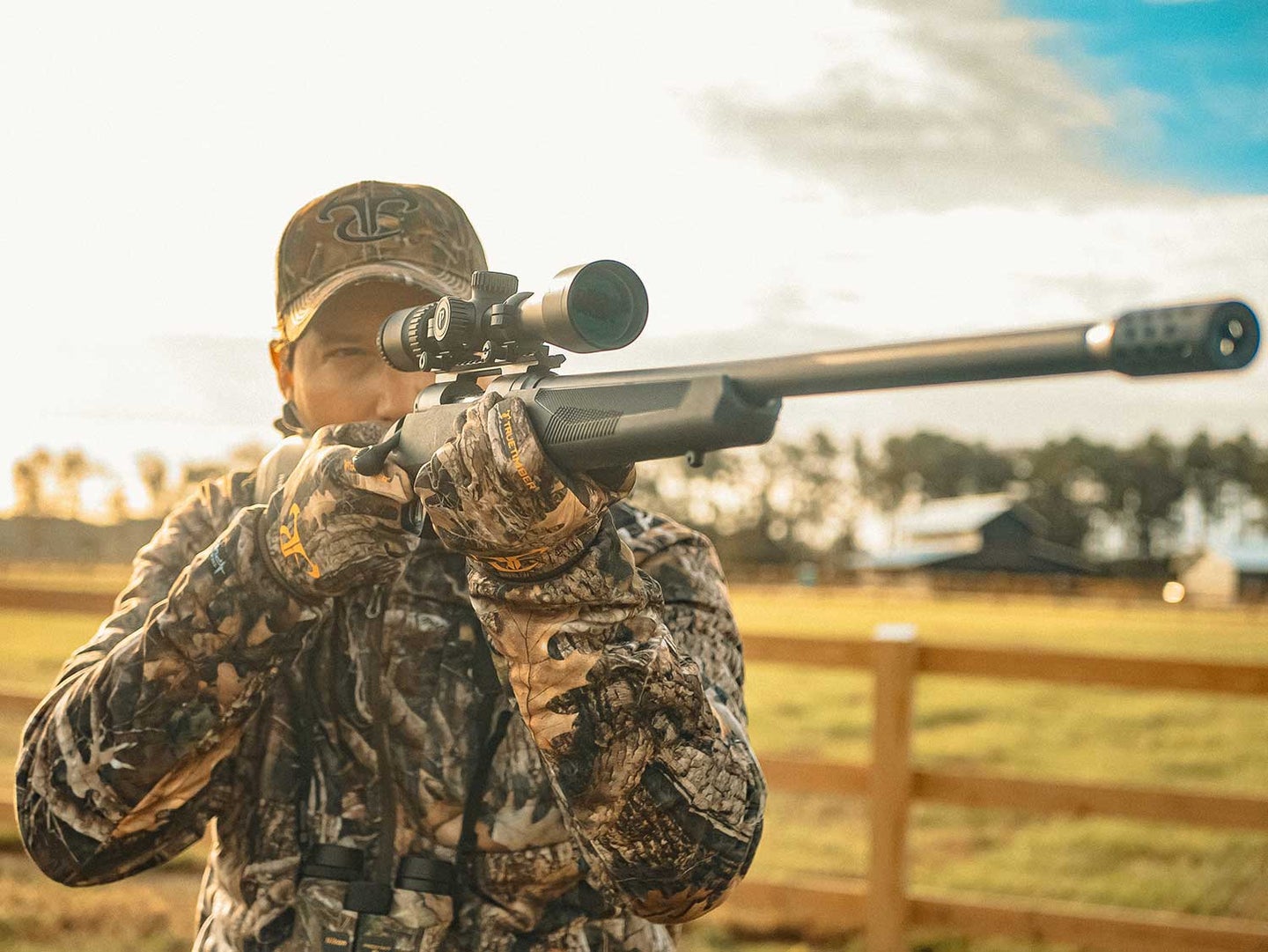 There are very few easy shots at deer, and no easy ones at big deer. When your heart is lodged in your windpipe and your hands are afflicted with the tremors, you can miss almost any rifle shot. But the shots you are most likely to miss, the ones you really need to practice, and the ones that Fate is most apt to give you the next time you see a trophy animal are the five below.

Here they are and how to make them.

Deer live to ripe old ages because hunters can’t remember whether or not you’re supposed to hold high on a downhill shot, or low on an uphill shot, or what, and when they actually have a deer in the crosshairs, the fact that they can’t remember causes them to panic, hold somewhere over or under the deer, and pull the trigger—only to be rewarded by the sight of a perfectly healthy buck bounding away. The rule is, you hold low for uphill and downhill shots. The steeper the angle of the shot in either direction, the less gravity pulls on your bullet, and the less you have to compensate for range. How much do you hold low? That depends on the distance, the angle, and the velocity of your slug, but the rule of thumb is, not much. Hold low by only a few inches even on steeply angled shots, even at long ranges, and you won’t go wrong.

This is the worst one of all, because if you miss, you’ll feel like Charlie Brown did after Lucy yanked the football away, with bile in your mouth and bitterness in your heart. Once in a great while, a deer will do something stupid, and you will have the critter right out there in the open where you can’t miss—but you do. The reason you don’t hit him is because he looks so big that you don’t bother to aim; you just point the rifle in his general direction and pull the trigger. The solution is quite simple. Pick an imaginary spot on the animal’s heart-lung area and aim at the spot. Or prepare to say “Aaaaaugh!” Or a lot worse.

Running shots can be made, but they are always chancy propositions under the best of circumstances. But if you must shoot, here are some hints that may help you connect. Don’t shoot at a running deer more than 50 yards away—the lead required is way too long and the odds are just too great. Not only can you miss with ease, but you can gut-shoot the animal, and that is to be avoided at all costs. Similarly, don’t try to shoot at any range when the deer has all his afterburners lit. If the critter is trotting, or loping, and is within 50 yards or so, you may want to try it. Get the crosshairs on the front part of his shoulder, and swing, as with a shotgun. As you’re swinging, pull the trigger. The bullet should hit a handsbreadth or so to the rear of where you aimed, and it should do the trick. That’s a rough guide. A lot depends on the velocity of your bullet, how fast you swing, and how quickly you shoot when the sight picture looks right.

You see this most out West when hunters from the East, who have never seen a shootable deer farther than 100 yards, have to hit one out in the open at 300 yards. It looks as though the animal is in the next county, and the overwhelming temptation is to aim over the critter’s back. This leads to leftover lasagna for dinner instead of venison. Deer are smaller and lower to the ground than people think they are, so they look farther away than they really are. Moreover, modern rifle cartridges shoot flat, and the really fast ones shoot uncannily flat. You can make long shots by remembering the following: If your bullet is going 2700 feet per second or more, and it’s zeroed in to hit 2 to 3 inches high at 100 yards, a 300-yard deer is in point-blank range. Hold in the upper third of his chest and you’ll get him. The golden rule for shots out to 300 yards or so is “Never hold out of the hair”—that is, never take your crosshairs off the animal.

There is another reason why folks who rarely shoot at long range miss when the opportunity comes, and it is because they don’t know their equipment. They sight in at 100 yards, maybe glance at a ballistics chart, and figure they are good to go. And then they find out different. If you plan to shoot to 300 or beyond in the field, then you need to have done so on the range first—many times, to work out all the nuances with your particular rifle, load, and scope.

Wind, like long ranges, causes misses mostly by fooling shooters into overcompensating. Here are some general rules: Wind from directly in front of you (12 o’clock) or behind you (six o’clock) will not alter your bullet’s flight significantly at normal ranges. Wind coming from three o’clock or nine o’clock—directly right or left—will push it the hardest. In my experience, even the strongest wind is not a factor on big game at 100 yards or less. It’s when you get out past 200 that it can really push a bullet. If you’re shooting in a strong crosswind, pay close attention not only to what the breeze is doing where you are but to what it’s doing at the target. If you’re shooting a high-velocity cartridge at 300 yards with a strong crosswind at the target, allow for 6 to 8 inches of drift—no more. But if you’re dealing with ranges beyond 300 yards, the drift increases dramatically. The best, most detailed treatment of shooting in the wind is in U.S. Army FM (that’s Field Manual for you civilians) 23-10, Sniper Training. To get a copy, you can enlist and go to sniper school, or order it for less than $20 from Amazon.com.