When solo tactics are getting you nowhere, grab a buddy and get in the woods 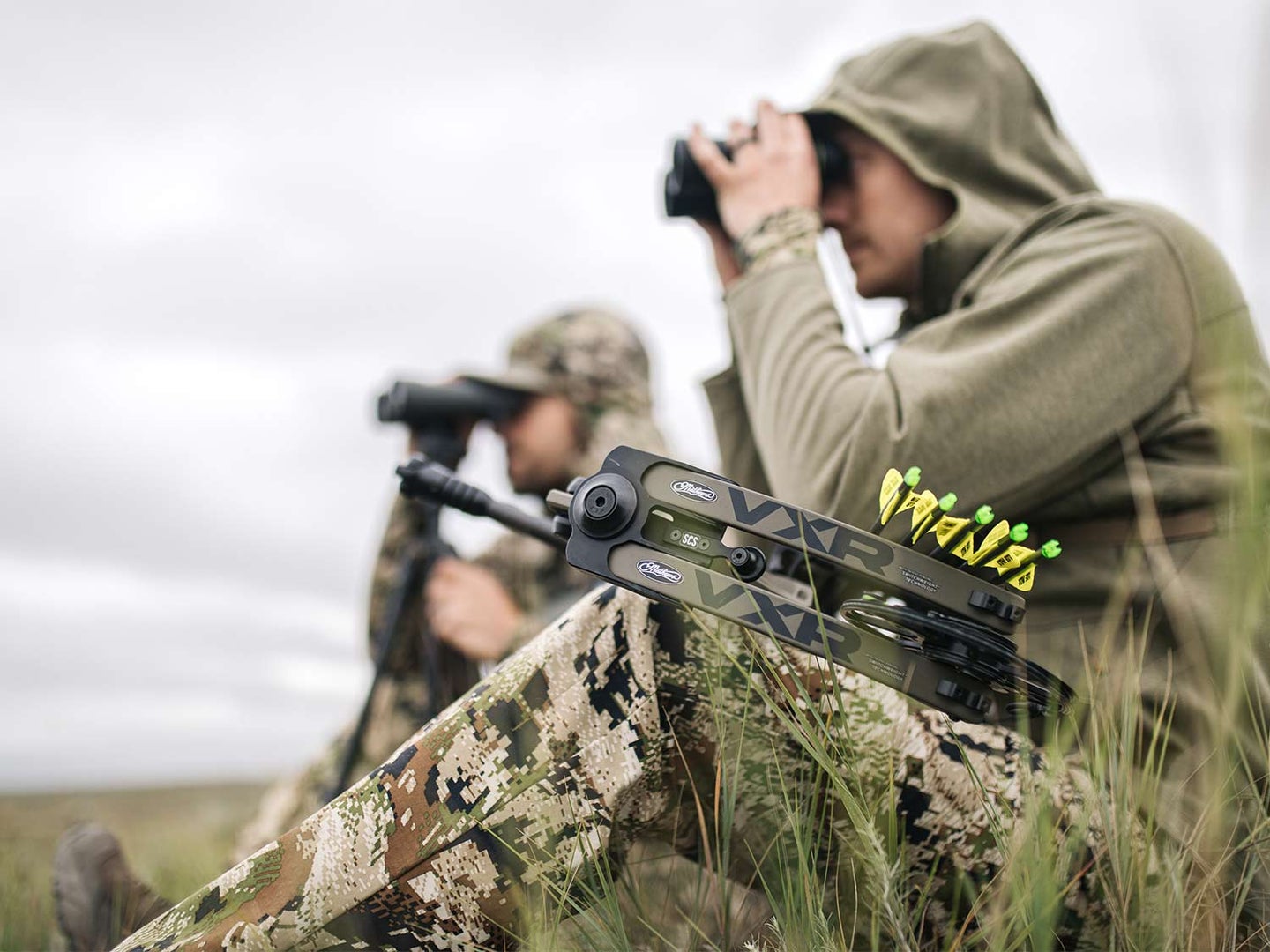 Some bowhunts just go better when you have another hunter to work with. Mathews Archery
SHARE

For bowhunters, most camaraderie occurs around the campfire. That’s because we typically hunt alone. But there are situations in which hunting with someone is more than helpful; it’s critical to success. This is especially true when you’re rattling, calling, or decoying big game.

Experienced hunters know all too well that deer and elk have an annoying habit of hanging up just out of bow range or circling downwind before approaching a caller or decoy. For a solo hunter, either maneuver can spoil the hunt. Two hunters working together, however, can counter these moves. And with pronghorns, a partner can remove the biggest obstacle to making a deadly bow shot: judging distance.

Here are three proven two-person setups for deer, elk, and antelope. The whitetail tactic arose from my own experience. For elk and antelope, I turned to a top Western guide and the owner of Central Montana Outfitters, Chad Schearer.

Call and Cut Off a Whitetail Buck

Of all the big-game species, whitetail bucks are the most notorious for circling downwind in response to calls and rattling. To account for this on an evening hunt, for example, Hunter A should set up closest to the suspected bedding area, along a travel route leading to a feeding area. Hunter B should set up 40 to 60 yards slightly downwind and to the side of the buck’s typical travel route. Ideally, Hunter B can place some terrain feature-such as a creek, a pond edge, or a steep rock face-at his back that will help keep a circling buck in front of him. Hunter A should be the primary caller and rattler. An approaching buck might charge right in to his efforts, but if the deer pulls around in a circle, Hunter B gets the shot.

Read Next: How to Ambush a Bull Elk in His Bed

Coax a Bull Elk Into Range

Schearer’s favorite setup for elk puts Hunter A directly behind a lightweight, collapsible silhouette cow elk decoy like the Montana Elk Decoy. Hunter B sets up 50 to 100 yards behind his buddy and “float calls” for him. If the bull circles downwind, Hunter B can move to either side to cut it off. Or if the bull hangs up out of range, he can move slowly away, cow-calling as he goes-which will often bring the elk in those last few vital yards to Hunter A.

Drop a Pronghorn with a DecoyOnce Schearer has spotted a good buck, he and a partner use the terrain and vegetation to slip within 300 to 400 yards, downwind of the antelope. Staying low to the ground, Schearer assembles a silhouette decoy and slowly erects it. Hunter A is the designated shooter and kneels behind the deke. Hunter B remains low, on his belly, looking under the decoy. He has two duties. The first is calling the buck into bow range. The second is peering through a rangefinder and whispering distances to the shooter. Though pronghorns will usually trot in close to a decoy, the steepest challenge for the shooter is estimating yardage in the wide open prairie.

Of course, there’s another huge benefit to hunting with a buddy. When one of these three setups pays off, you’ll have someone to help drag out your trophy.