F&S Classics What Is the Meaning of Life? 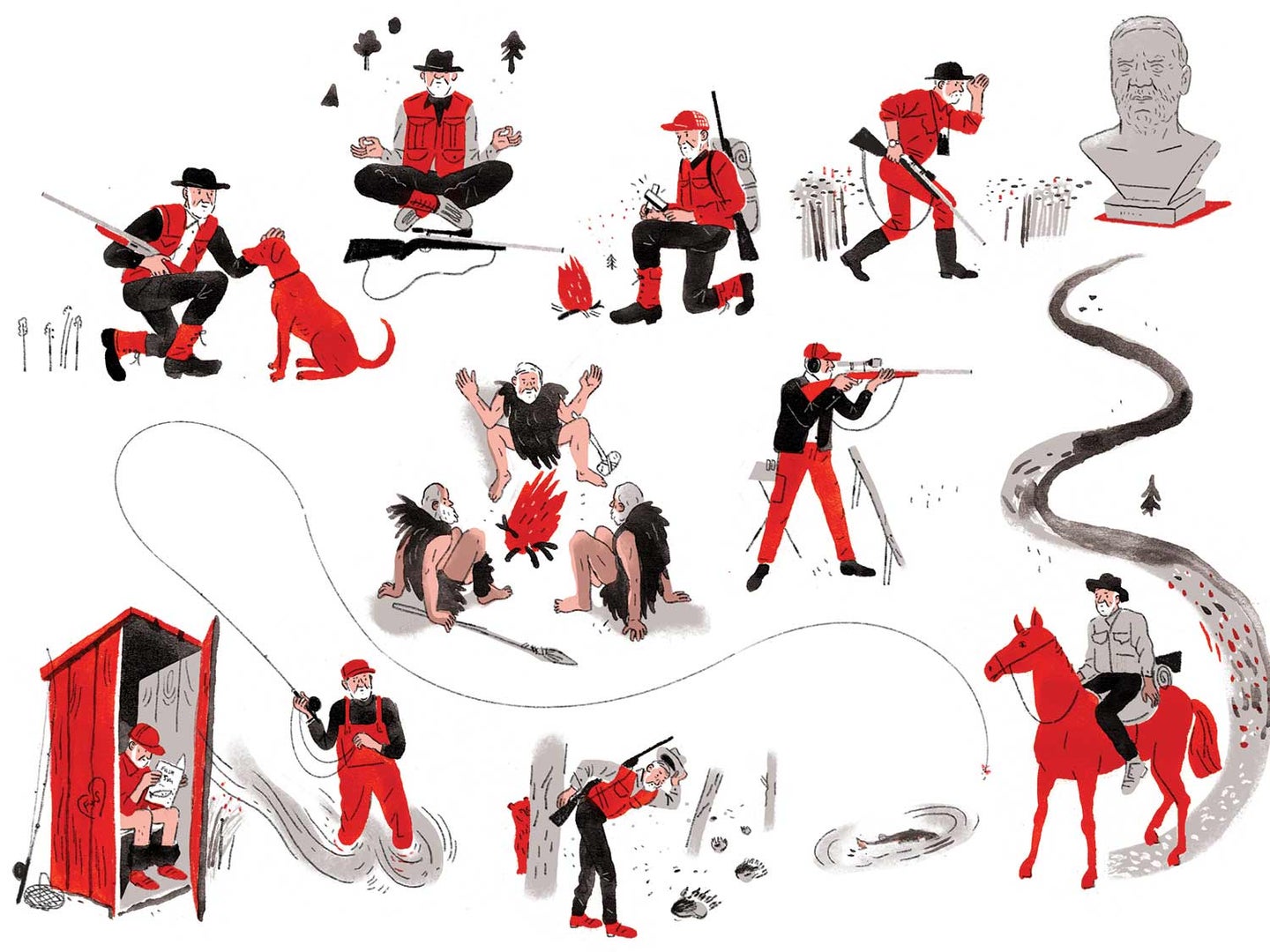 Our rifles editor has learned a thing or two during his life spent outdoors. Illustrations by Peter oumanski
SHARE

Editor’s Note: To celebrate David E. Petzal’s 50th anniversary at F&S, we’ve asked staffers and contributors to select and share their favorite story of Petzal’s (no easy task—there are a lot of good ones). Today’s selection, “What Is the Meaning of Life?” (December 2019–January 2020), was made by Richard Mann.

When Petzal began writing for Field & Stream, I’d not kissed a girl—at least not intentionally. Several girls did once hold me down on the playground for smooches. I feigned resistance, but then and there thought I’d found the meaning of life. I was wrong. But at age seven I didn’t have Petzal’s advice to guide me. Of course, a half-century ago, Petzal probably didn’t know all that much anyway.

Now he does know stuff—important stuff—and he gives advice plainly and bluntly, the way advice ought to be given. “What is the Meaning of Life?” is a collection of 27 truths learned over a lifetime of hunting and being outside. It’s one of my favorites. Every time I read it, I think, Hell, I can write like that. I can’t. No one can. And that’s why Petzal has been writing for Field & Stream almost as long as I’ve been alive. —Richard Mann

I’ve been around awhile. When I was born, there were men alive who had fought in the Civil War. I can remember bits and pieces of World War II, and I clearly remember life before television. I bought my first rifle in 1956, began shooting in organized competition in 1958, and got my first hunting license in 1960. After 70-some years of fart­ing around on this planet, mostly out of doors, I can’t exactly tell you the meaning of it all. But as it says in the insurance ad, I know a thing or two because I’ve seen a thing or two. Here’s some of it.