Studies Show Whitetail Deer Can Get and Spread COVID-19

Fawns given the novel coronavirus in a lab passed it to other deer. Symptoms were mild, however, and there is no evidence of deer contracting COVID-19 in the wild 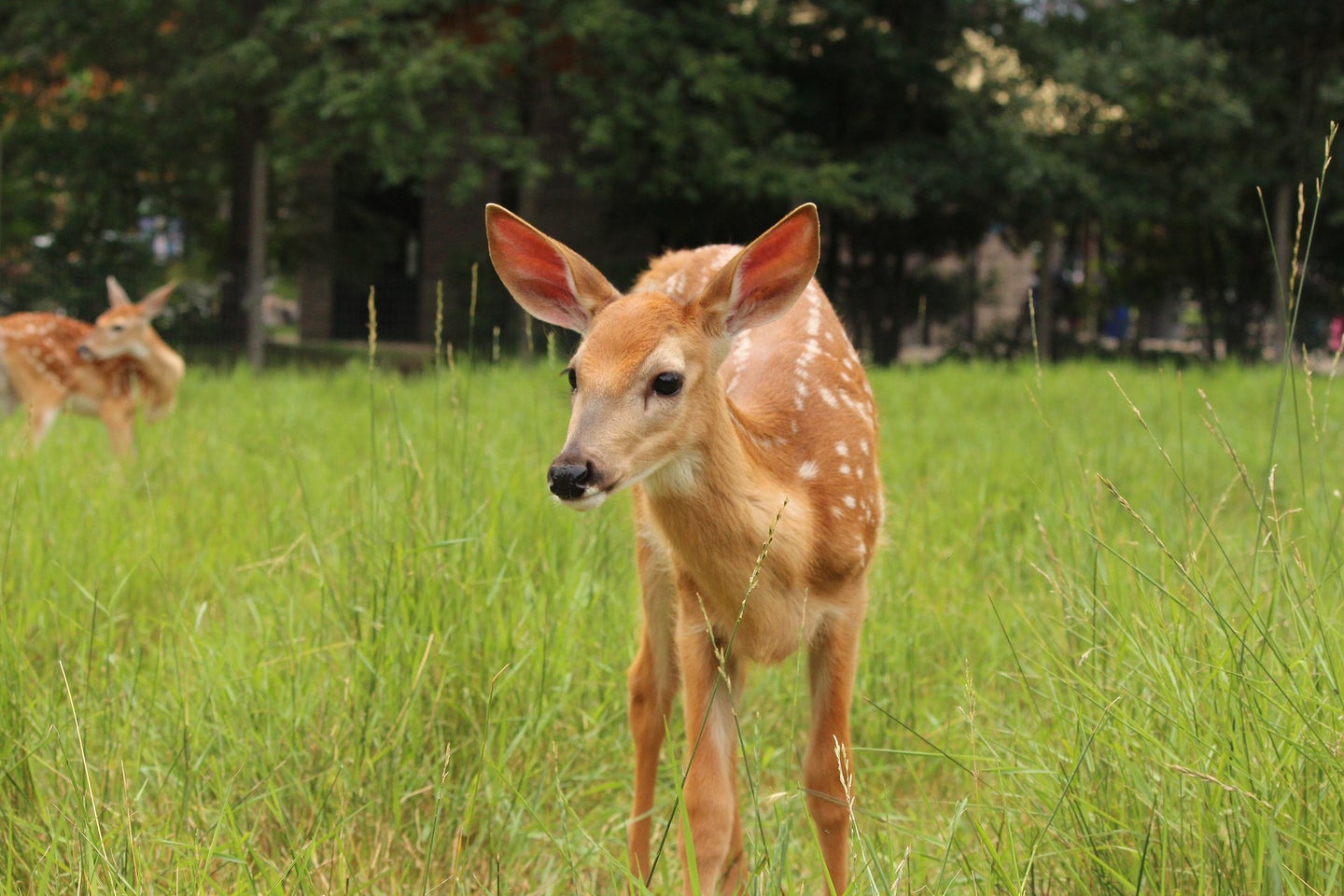 A pair of whitetail fawns. Linzmeier1 from Pixabay
SHARE

COVID-19 has been known to pass from humans to ferrets, mink, dogs, cats, and other animals, and this cross-species transmissibility has prompted researchers to test other creatures. The latest: whitetail deer.

Why whitetails? Because to researchers’ surprise, the deer’s ACE2 cell receptors, which is what the novel coronavirus binds to, is very similar to that of humans.

In a pair of studies, researchers gave whitetail fawns strains of the SARS-CoV-2 virus, including the most common human strain. The infected deer passed the virus to other deer though fecal droplets and nasal secretions, and some showed symptoms of COVID-19, including coughing, nasal discharge, and lesions on the lungs found in a post-mortem inspection. According to a pre-print of the first study’s findings in the Journal of Virology, “The work provides important insights into the animal host range of SARS-CoV-2 and identifies white-tailed deer as a susceptible wild animal species to the virus.”

The findings are important both to prevent potential wildlife outbreaks and in determining the origins of COVID-19 in humans, said Mitchell Palmer, lead scientist with the USDA NADC, in an address at the 86th North American Wildlife and Natural Resources Conference. Although genome sequencing suggests that the virus originated in horseshoe bats, it is now widely believed that the virus passed to humans through an unknown intermediate host animal.

“We are today in the midst of one of the most devastating pandemics in this century, caused by a zoonotic agent that has been transmitted from an unknown wildlife species to humans,” Palmer said. “Therefore it is critical to understand which animals are susceptible to infection with SARS-CoV-2 and which animals are capable of transmitting the disease to humans or other animals.”

Palmer noted that all of the symptoms observed in the infected deer were categorized as mild. The risk to wildlife from COVID-19 is also still considered low. According to an article from The Wildlife Society, the only known case of the virus spreading to a wild animal in North America is a mink in Utah that was trapped near a mink farm where there had been a virus outbreak. Still, researchers caution that the latest studies are reason to be vigilant, particularly when it comes to cervids.

“The research highlights the need for a closer look at this situation,” says Kip Adams, Chief Conservation Officer with the National Deer Association. “In addition, at least two other deer species (reindeer and Pere David’s deer) are considered likely to be impacted by the virus, so whitetails aren’t the only species of interest.”