Do You Have to Practice Good Manners at Hunting Camp?

Spoiler: Yes. Our legendary, and gentlemanly, rifles expert explains why 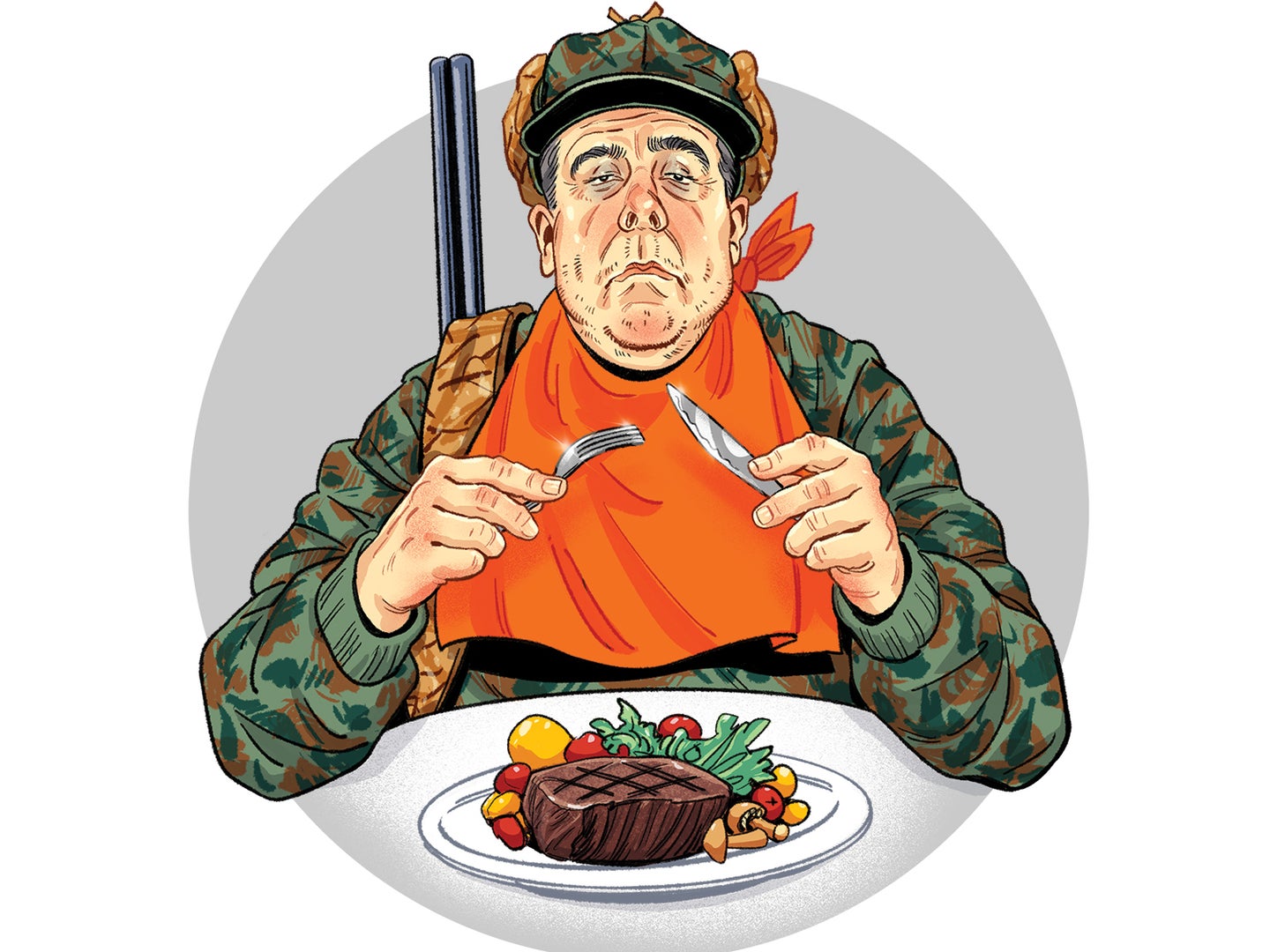 Illustration of a hunter eating a steak. Brandon Loving
SHARE

You strike me as a person to whom manners matter. But does that apply to hunting camp? —William Blake, New Haven, Conn.

It applies with even more force in hunting camp because everyone has a gun and a knife. As Jeff Cooper used to say, “An armed society is a polite society.”

No, I grew weary about 30 years ago, when I realized that if you can shoot, you are probably going to succeed, and if you can’t, it doesn’t matter a damn what cartridge you use.

Big-game double rifles are all side-by-sides. Why are there no over/unders? —Michael O’Boyle, Shawano, Wis.

There are a number of very fine o/u double rifles, and Austrian custom gunsmiths turn out some truly gorgeous ones. They are beloved of Teutonic hunters. The double rifles with the real cachet, however, are the side-by-sides. I’ve never seen an o/u rifle in the field.

Would you put a fixed-power scope on any rifle made today? —Jerry Sanders, Buffalo, N.Y.

No. The only possible reason I can think of to do so is for the “superior durability” of a fixed-power scope, but that has been mythical for some time now. The versatility of a variable makes it the no-brainer choice.

Doesn’t swinging a rifle to shoot a moving target impart a yaw on the bullet as it exits the barrel, causing the projectile to wobble in the air?—Bill Richer, Highland, Ill.

For more than 20 years, I scored hits in competition on a running-deer target that moved at about 5 mph—fast enough that you had to swing. I saw no evidence of bullet yaw. My guess is that the bullet exits the barrel so quickly in relation to the movement that it has no effect.

Now that you only have to answer questions four times a year, what are you going to do with the spare time? —Jeff Volner, Lexington, Tenn.

I had thought about learning to write in cuneiform or becoming Brad Pitt, who appears to have a lot of fun. However, neither of these options is practical, so today I settled for raking up last fall’s acorns. I think that’s the way things are going to go.

Why are firearms companies so quick to abandon the .35 Whelen in factory bolt-action rifles? Is an affordable, ­synthetic-stocked .35 Whelen too much to ask for? —Grady Terry, San Marcos, Texas

Yes, it is. Firearms companies aren’t abandoning it; they never took it up in the first place. Effective as it is, the Whelen is ancient and untrendy and will not sell well, which is a commercial death sentence for a cartridge.