The Best Hunting and Fishing Gear of the Year 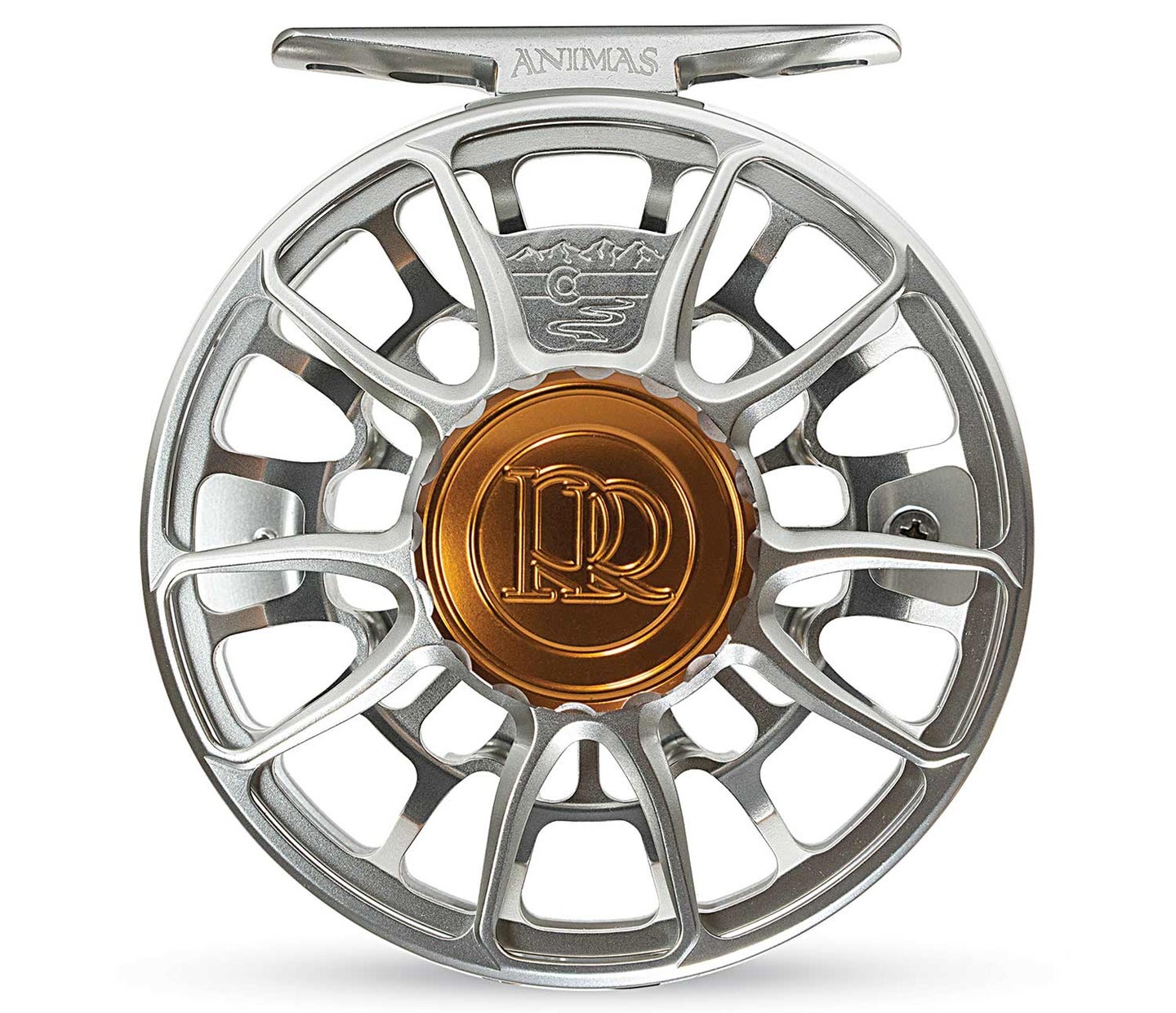 This Japan-based company first caught the attention of U.S. anglers with its unique, smartly designed lures. Now, its debut line of fishing rods is also making a killer first impression. The Orochi XX series features a wide selection of technique-specific sticks. We tested the Whipsnake Finesse and were blown away by the quality and versatility. The X47-ASL Metal Fiber Blank makes the rod incredibly lightweight and sensitive, but when we pitted it against some feisty saltwater stripers, we quickly learned it has plenty of backbone too. —Joe Cermele

Designed to meet the requirements for PRS Production Class—meaning it costs under $2,000—this lights-out-accurate rifle is built on the innovative 3-lug Nucleus action from American Rifle Co. It has a short, snappy bolt throw and runs slickly. The KRG chassis stock adjusts for fit and has M-LOK-­compatible slots to add rails and other attachments. Our test rifle was chambered in 6 Creedmoor and shot five-shot groups averaging .681 inch. You can also get it in 6.5 Creed, 6.5 PRC, .308 Win., 6mm Dasher, and 6mm BR. And at 9.5 pounds, it can pull double duty as a hunting rifle. —John B. Snow

The level of precision engineering Daiwa put into the Ryoga is over the top—in a good way. For starters, the reel is as light as a feather, which is impressive considering there’s not a single plastic component. The MagForce Z braking system can be very finely tuned, and that adjustability combined with a free-floating spool helped us zing even light lures a mile. With 13.2 pounds of max drag, this compact reel is a true beast. —J.C.

Hornady’s new match bullet is the hottest item in long-range competitions at the moment. Why? Because the machined aluminum tip makes it amazingly consistent from one projectile to the next. This means you’ll shoot more accurately because the bullets have less vertical variation on long shots. After shooting more than 1,500 of these, I can confirm that they live up to the hype. Available in 6mm (110-grain), 6.5mm (135- and 153-grain), and .30 caliber (230- and 250-grain). —J.B.S.

With its raised cheekpiece, broad fore-end, and nearly vertical grip with palm swell, the Traverse’s stock has competition in its DNA, yet the rifle handles great in the field, weighing under 8 pounds. The carbon-fiber barrel, spiral-fluted bolt and bolt shroud, and skeletonized bolt handle shave ounces but also give the gun an undeniably sexy flair. And it’s a shooter. Chambered in 6.5 Creedmoor, our test rifle printed five-shot groups under .75 MOA with factory ammo. —J.B.S.

At $13,000, the Revenant is not an everyman’s scattergun. But hear me out before you blow a gasket over the cost. With state-of-the-art engraving done by CNC machines and lasers—and only about 10 hours of hands-on work—the Revenant achieves a level of ornamentation previously found only on guns costing upward of $100,000 or more. And it’s not just a pretty face. Built along the lines of a classic British game gun, the Revenant balances, swings, and shoots like it was forged by some smoothbore deity. It’s the most remarkable production bird gun made today. —J.B.S.

Part of what gave the Victory RF top honors in our test of rangefinding binos is what’s missing—namely, those lumpy protrusions that the competition uses to house laser and Bluetooth motherboards. The RF is so sleek that you can’t even tell there’s a boatload of tech on board, including a laser that ranged nonreflective targets out to 2,100 yards, and Bluetooth integration with Zeiss’ ballistics app. Best of all, the glass is excellent—making these a true investment rather than a gimmick. We tested the handy 10x42s, but the RF also comes in 8×42, 8×54, and 10×54. Once you try this double-duty optic, you’ll never want to go back. —Natalie Krebs

In our test of all the new flagship compound bows for 2019, the Realm SR6 was the most accurate, averaging 1.07-inch three-shot groups at 25 yards. It was also the fastest, shooting 349 fps at IBO specs. And it was the most efficient, at 86 percent. Put all that together, along with a silky-smooth shooting experience, good looks, and great handling, and you end up with a package that’s damn near impossible to beat. Really, the Realm SR6’s only stumbling block in this year’s bow test was in the noise category, and even there, it finished middle of the pack. In every other way, it’s outstanding. —Will Brantley

For serious bass anglers, the Xtasy delivers the whole package, combining top-shelf components with modern nanomaterial to create a superlight, extra-sensitive stick that can take a beating. A Kevlar wrapping on the blank makes the rod ultratough, while Fuji Titanium Torzite guides reduce weight, making the Xtasy shine in finesse applications. We could register the slightest ticks with a jig in 30 feet of water in a split second, and then use the rod’s rugged construction to muscle stripers up fast. —J.C.

It’s been a little while since Ross was in the limelight, so when it dropped a new-and-improved Animas, I was pumped to try it, considering I own a few older models that I really love. I wasn’t disappointed. The price is fairly modest for a quality fly reel these days, yet the Animas has features usually seen on much more expensive models, including a composite disc drag with a stainless ­interface and a lightweight spool and frame design. I used a new 7/8 Animas for smallmouths all summer, and it was a joy to fish with. I’ve even come to appreciate minor ­details like the machined canvas phenolic handle, which I can’t lose my grip on, no matter how wet and slimy my fingers may get. —J.C.

The Whiskey5 is packed with features pulled from the precision game, including an anti-cant indicator, a 30mm tube, and a target-style elevation turret with positive clicks, a zero stop, and 72 MOA of adjustment. Yet it’s a compact and practical hunting scope. The illuminated MOA-based Milling Hunter reticle has enough references for long-range targets, but it’s in the second focal plane and simple to use, making it quick and precise in the field. If you’re after one scope to do it all, this is it. —Dave Hurteau

I didn’t tear this UTV up this summer, but it wasn’t for lack of trying. The Back Country Edition has 13 inches of ground clearance, 82 horses, and a low gear-ratio transmission for hauling heavy loads. Three high-mounted air intakes allow you to drive the rig through the water to your favorite pit blind. This UTV will get you wherever you need to go. —W.B.

I’ve been running Strike Force Apex cameras for nearly a year straight, without a hiccup. They take sharp photos and high-resolution video; they’re easy on batteries; and they’re simple to use. Plus, they have a 100-foot detection range and quarter-second trigger speed. More than data plans or bells and whistles, that’s what I want in a trail cam. —W.B.

With its bull-pup design, the Ravin R26 is the most compact hunting crossbow ever—to the point of almost being too small. Almost. It weighs 6.5 pounds and is 26 inches long overall—and 5.75 inches axle to axle when cocked. Yet it’s packed with performance, clocking 406 fps with a 404-grain arrow. It put those arrows into 1.5-inch groups at 40 yards, thanks to a quality scope and a trigger that broke at 2.1 pounds. For a pure hunting tool that’s convenient in a treestand or blind—or while packing around the mountains—there’s not a better crossbow out there. —W.B.

What struck our test team about this reel is that the price does not match the performance. At $130, it’s affordable yet has the features of a high-end reel. With a carbon rotor, 12 ball bearings, and a multidisc drag system, the Speed Spin is extremely light, silky-smooth, and capable of handling much more than your average largemouth. We used it to fight striped bass weighing up to 20 pounds and never had an issue. —J.C.

Last October, a buddy and I spent a week hunting North Dakota potholes, and we had a couple of boxes of this stuff to test. After a few ­volleys, we found ourselves ­rationing the shells for the rest of the week—not to shoot ducks out to 70 yards, but because we wanted to make perfectly clean kills on 40-yard birds. With No. 9 Tungsten ­Super Shot blended with FliteStopper steel, Black Cloud TSS delivers forgiving patterns and long-range thump unlike any duck load I’ve ever tried. It’s pricey, but you won’t use as many shells finishing off wounded birds. —W.B.

This beefy rimfire sports a competition-style stock with a broad fore-end and vertical grip, and it excels when it’s shot off bags or a bipod. The quality barrel and adjustable trigger help this .22 LR cluster shots into small groups, and the easy-running action makes it one of the most fun rifles we shot all year. CZ altered the safety so that it now slides forward into the fire position, bringing it in line with nearly every other rifle sold in America. The metalwork is machined with precision, and while it’s not exactly cheap, it is an excellent value in terms of workmanship and performance. —J.B.S.

There’s a saying in the shotgun shooting sports that goes: “To hit is history, to miss is a mystery.” And it was true, until the Xero S-1 Trapshooting Trainer came along. Thanks to a ton of camera and radar technology squeezed into this compact, user-friendly unit, the S-1 displays precisely where your shots on the trap field went—to the inch, hit or miss. That feedback lets you diagnose and remedy bad habits. And the ability to record every shot of every practice round on the Xero S-1 app helps you nail down which guns, chokes, and loads work best, which shots give you trouble, and more. All told, the S-1 is the most advanced shotgun training tool we’ve ever seen. —Phil Bourjaily

The Waterway was made for saltwater fishermen, but it’s perfect for any outdoorsman who wants a scalpel-sharp fixed blade designed for bloody work. The slender 4.44-inch modified drop point comes in LC200N high-nitrogen tool steel, which is harder than Spyderco’s popular H1 steel and just as corrosion-proof, whether you leave it in the bottom of the boat or the bed of the truck. The deep-textured G-10 handle doesn’t slip in the hand when bloody or wet, and the scales are bound to the tang with blind pins and industrial epoxy, so neither water nor blood can seep in and muck things up. With a real-world price of about $130, the Waterway is, by far, my favorite new knife of 2019. —Michael R. Shea