How to Choose Your Next Pair of Electronic Earmuffs

Electronic earmuffs have saved the hearing of thousands of shooters, but no two sets work the same way. 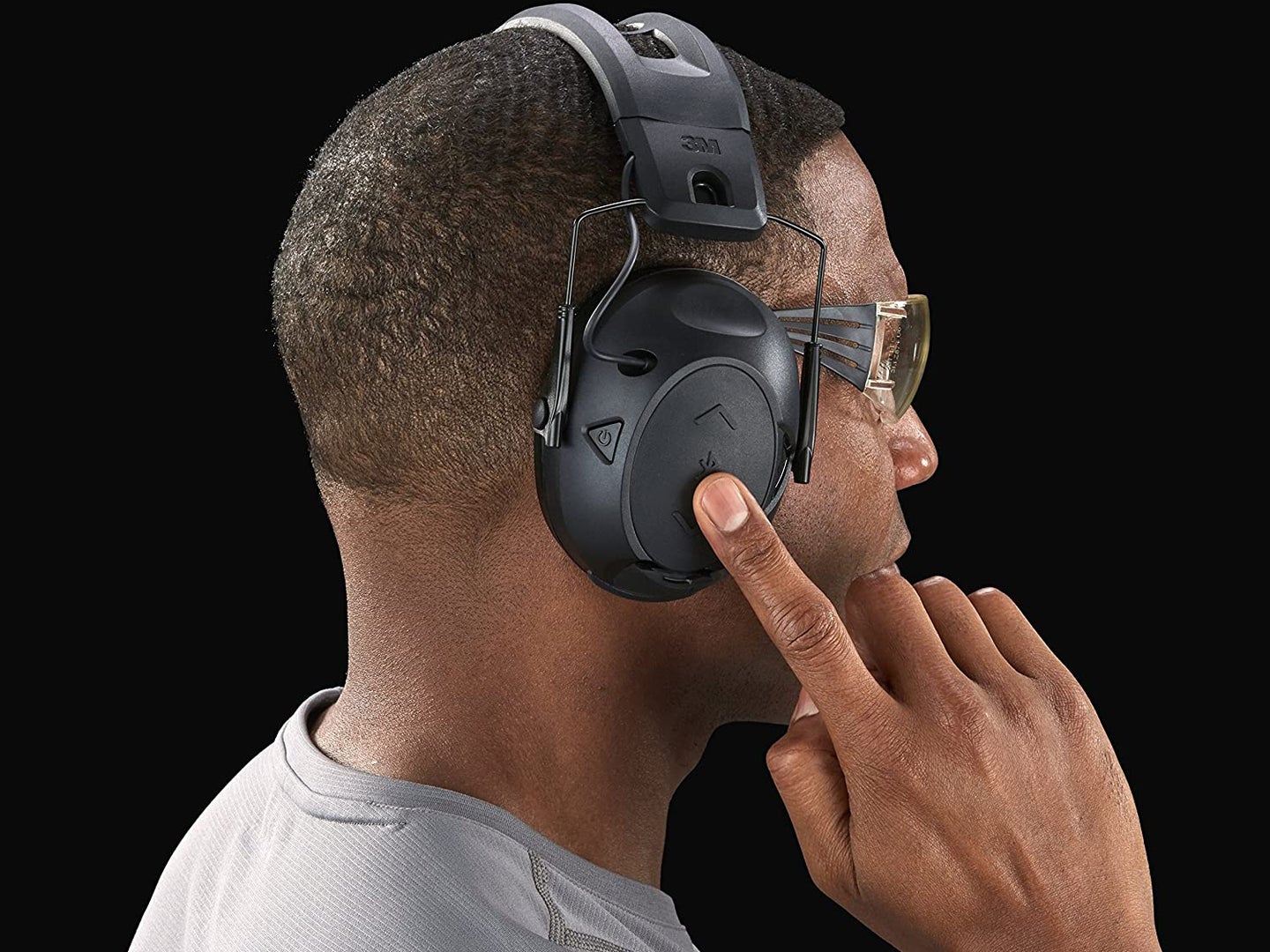 Electronic earmuffs allow safe audio levels to reach your ears, but block out decibel levels that may damage your hearing. Peltor
SHARE

Before electronic earmuffs, you had three ways to protect your hearing while shooting: Wear standard muffs, insert earplugs, or stick your fingers in your ears. All had drawbacks.

The fingers method only worked if you were holding your gun with your feet. Foam plugs often let in more sound than you wanted, especially if they didn’t fit your ears well, which was often the case. Standard muffs worked, but you often had to use them along with foam plugs to effectively block out gunshots. That meant that you couldn’t hear commands from the range officer or talk with anyone unless you lifted one muff off of your ear. That, of course, was when the guy at the bench next to you, who also couldn’t hear the range officer, would let off a shot with his .458 Winchester Magnum.

So electronic earmuffs, which let in normal sound but block loud noises such as gunshots, are such an advantage for shooters. You can talk to fellow shooters, hear the range officer, and adjust the volume of those sounds to your liking (That’s a plus because many shooters also use foam plugs with muffs). They’re also very useful for people who encounter loud noise elsewhere—machinery, engines, and the like. Here are three basic types of electronic earmuffs and their features:

These allow you to hear people speaking and other normal-volume ambient sounds but block off gunshots. Such muffs work very well if you’re looking to communicate at the range while saving your hearing. Some come with audio jacks so that you can use them as headphones to listen to music. Make sure the set you get is designed for shooting, so the muff won’t interfere with your gun mount—or that the gunstock knocks the muff off of your ear.

Some muffs allow you to hear the direction from which ambient sounds are coming from—they send sounds to the left of you to your left ear, and right-side sounds to your right ear. This feature is especially helpful if you need to communicate with fellow shooters, or if you’re at a busy range and need to know when the range officer is giving commands. Directional muffs are also a plus if you’re going to use them for other purposes, such as working near machinery or loud engines, because you can easily communicate with others around you.

These earmuffs allow you to make and receive calls while wearing them—a plus if you need to speak to someone, because you don’t have to leave the range and remove the muffs in order to do so. These are also very handy if you’ll be using the muffs on a job site and want the freedom to communicate via phone without taking the muffs off.