The Turkey Gear Hall of Fame

Our 13 picks for the most innovative calls, guns, ammo, and accessories for hunting gobblers 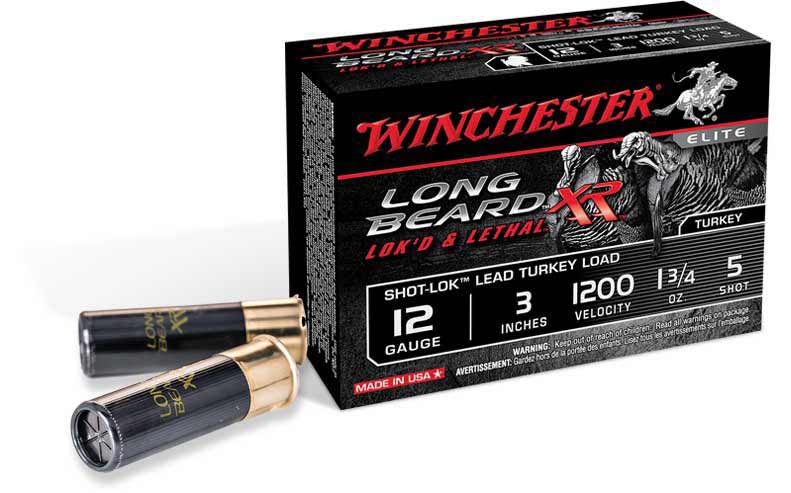 I spent all of $5—the price of a mouth call in 1987—to kill my first gobbler. In the intervening 33 years of turkey hunting, I’ve accumulated enough gear that my vest now weighs somewhere north of 800 pounds—or at least it feels that heavy at the end of the morning. Some of that gear actually helps me kill birds. Most of it just slows me down.

When you sort out the necessary from the non-essentials, you’re left with the gear that makes a difference between a tom and tag soup. Those pieces deserve enshrinement in the Turkey Gear Hall of Fame, which, to be honest, was not a thing until now, when I unilaterally decided to induct the following baker’s dozen items into the TGHOF Class of 2020.

When it’s time to get loud with a turkey call, nothing beats a box. Scraping the lid across the lips of the wooden box can make any sound of the wild turkey, from purr to gobble. Play it upside down and you can pound out excited cutting the makes birds gobble when nothing else will.

Arkansas hunter Henry Gibson patented the first box call in 1897, and his caller was sold into the early 1920s. Every box call made since owes a debt to the Gibson box. Very few of them survive today, and an original Gibson box is worth thousands of dollars.

As ammunition makers worked to extend the range of turkey loads, you had a choice: Pony up for expensive tungsten-iron, or shoot lead loads that give out at 40 yards. Not that there’s anything wrong with shooting turkeys up close, but some days you need to reach out.

Winchester Long Beard delivered the extra yards, and at the price of lead, not tungsten. Winchester engineer Steve Meyer was making hard candy when he realized that if you surrounded pellets with a hard, brittle coating, like, well, hard candy, or, more practically, epoxy resin, it would shatter on ignition, forming a perfect buffer to protect pellets and keep them round and flying true. It worked, and it will be many years before anyone comes up with a lead load that outshoots Long Beard.

The ban on lead shot for waterfowl hunting had the unintended consequence of putting lightweight 10-gauge power into turkey hunter’s hands. The 3 ½-inch 12 was developed in 1989. Designed to let duck and goose hunters shoot larger payloads of big steel shot pellets, the long 12 quickly caught the collective eyes of turkey hunters everywhere, who realized they could now sling previously unheard of loads of small shot at gobblers.

The first gun made for the 3 ½-inch shell, the Mossberg 835 was developed in conjunction with Federal, who came up with the ammo. Early plans for the gun referred to it as a “10 gauge” to keep the project secret. It did have a barrel bored to 10-gauge dimensions to help it pattern heavy magnum loads, prompting other gunmakers to begin overboring their guns, if not so drastically, and kicking off the era of the 3 ½-inch turkey gun. The Benelli Super Black Eagle gets honorable mention here as the first 3 ½-inch 12-gauge semiauto.

In places were mosquitoe hatches are thick, a Thermacell is a turkey hunter’s best friend. Amazon

In places were mosquitoe hatches are thick, a Thermacell is a turkey hunter’s best friend. Amazon

In parts of the country, the mosquitoes hatch in clouds before turkey season ends, chasing all but the hardest of the hardcore hunters out of the woods. That was before Thermacells. Introduced in 1999, the Thermacell seems too good to be true. It’s small enough to clip to your vest, plus it is DEET-free and safe for humans. It consists of a butane heating element and a repellant-soaked pad, and it worked miraculously well, creating a small, bug-free zone big enough to sit inside and wait for turkeys in comfort.

When I started turkey hunting in the ’80s, there were turkey decoys, but they were hard plastic, a bulky pain to carry, and scarcely anyone used them. Hunters were leery of decoys for safety reasons. They weren’t even legal everywhere. Conventional wisdom was that decoys made turkeys hang up, and it was better to keep the bird looking for the hen instead of putting one out for him to see.

Then the Feather Flex decoy came along. Made of soft foam, it weighed nothing and could be rolled up and stuck into a turkey vest so you didn’t even know it was there until you needed it. They were cheap, too, so hunters in need of a new gadget to buy could afford to take a chance on one. Hunters found out that hen decoys worked. Soon, they discovered that jake decoys really worked, and decoys have since become a staple in almost every hunter’s arsenal.

Tungsten Super Shot is like no pellet you’ve ever seen before. It extends the range of turkey guns to unhealthy distances; it makes the 28 and .410 into legitimate gobbler-getters; and it performs so well that hunters will pay $10 per shell to shoot it. TSS was around for a decade or so among handloaders before ammo giant Federal and boutique loader Apex became the first manufacturers to load it commercially. Made of tungsten-iron alloy blended to a density of 18 grams per cubic centimeter (lead is 12 gr/cc), it carries energy so efficiently you can use pellets as small as No. 9 shot. They give you all the penetration you need, and incredibly high pellet counts. TSS lets you have your cake and eat it, too, if you’re able to pay for it.

It used be that you went to the turkey woods wearing brown canvas overalls, duck hunting clothes, or army surplus B.D.U.s. Along came Trebark, and the look of hunting changed forever. Jim Crumley, a young high-school marketing teacher in Virginia, got hooked deeply enough on bowhunting that he started making his own camo. He’d tie up gray work shirts and pants and drop them into brown dye, then draw bark patterns on them with black scent-free markers. In 1980, he took out a second mortgage on his townhouse and went into the hunting camo business.

Trebark looked like nothing the hunting world had ever seen. It was made for us, and the era of hunting camo began. Crumley paved the way for Toxey Haas and Bill Jordan, and while Mossy Oak and Realtree became industry giants, Crumley was content to sell out to Mossy Oak in 2000.

For all their wariness, turkeys have a major weakness: stick a camo cube almost anywhere, even in the middle of an open field, sit inside, and turkeys won’t be alarmed by it. Pop-up blinds changed turkey hunting forever. Before blinds, killing a turkey with a bow was practically impossible. Now, you had a blind you could set anywhere quickly. Once inside, you could draw a bow unseen; you could guide a fidgety kid or newcomer on a successful hunt; you could hunt a small property day after day. Blinds turned a lot of run-and-gunners into sit-and-waiters.

In the 1990s, Minnesotans Keith Beam and Brooks Johnson had started a company named after their first product, an archery target with two bulls-eyes. When another hunter showed Beam his homemade model, Beam bought it from him, worked out a licensing agreement, and the Double Bull blind was born. Beam and Johnson sold out to Primos, and Double Bull remains the industry standard.

The wingbone is the oldest known turkey call, dating back at least 6,500 years ago according to archaelogists who have found native American wingbone calls. Made from two or three sections of a turkey’s wingbone stuck together, the wingbone produces yelps, clucks, and even gobbles when you purse up your lips and make kissing sounds into it. The first known commercial wingbone call was made by Tennessean Tom Turpin, who founded his call company around 1900.

Wingbones take some time to learn, so they’re not as popular as other calls. Because there aren’t many hunters using them, wingbones are a favorite of the “give birds something they haven’t heard before” school. Making a wingbone yourself is good off-season project, and it gives you a reason to get out in the fall and shoot a hen, whose wingbones make the best calls.

Before the Scoot-N-Shoot, hunters reaped turkeys with taxidermy-decoy hybrids. Amazon

Before the Scoot-N-Shoot, hunters reaped turkeys with taxidermy-decoy hybrids. Amazon

Brave hunters started using turkey fans to provoke gobblers sometime in the 2000s, and probably before. The first time I saw someone use a fan was in the early aughts. Then “Van Dykes” became a trend among hunters who put a fan on a Van Dyke taxidermy tail fan kit—the kind that features the head and breast of a turkey—and mounted the whole thing on a PVC frame. When it worked, the tactic brought territorial gobblers running to challenge the decoys, sometimes to within a few feet of the hunter crawling behind it. A group of Iowans calling themselves the “turkey reapers” worked with Mojo Outdoors on a full-body gobbler shell called the “Scoot N Shoot,” which was the first commercial reaping decoy.

Shooting turkeys is unlike any other kind of shotgunning. It’s the one case where a broad, even pattern isn’t ideal. You want a dense, hot core of pellets to insure hits on the brain and spine even at longer ranges. Once screw-in chokes became widespread in the 1980s, gunsmiths had more freedom to experiment with different constrictions for the specialized needs of turkey hunters. One of them, Pennsylvanian Mark Bansner, used that freedom to create the modern turkey gun.

Bansner, now known for custom rifles, shortened 870 barrels to 21 inches and fitted them with a super-tight choke that could cleanly take turkeys at previously unheard of distances. The short barrels were handy in the brush and didn’t grab overhanging limbs when you slung them over your shoulder. Turkey guns have had short barrels and tight chokes ever since.

Most hunters, if allowed to take only one call into the woods, would choose a diaphragm mouth call. Portable and hands-free, it can make any sound of the wild turkey if you practice enough. If you don’t practice enough, you can still learn to cluck and yelp passably enough to call in a lot of turkeys with it.

The first mouth calls were leaves, which were likely used by settlers and native Americans. Home-made mouth calls came much later, in the early 20th century, made with lead frames, cloth tape and rubber. The first commercially marketed mouth call was the H.P. Bridges Wild Turkey Call made in Baltimore, Maryland. You could buy one by mail for $1, according to the ad in the February 1923 issue of Field & Stream.

Probably the easiest call to learn and the best for making quiet clucks and purrs is the slate call, which works on the same principle as fingernails on a chalkboard. Who knows when the slate call was invented What we do know is that the slate call as we know it owes a debt to Dr. Wade Hampton Saunders of Roanoke, Virginia, who patented a striker in 1912. The pictures and description of Hampton’s striker in the “Official Gazette of the U.S. Patent Office” show it used with a plain piece of slate “held in the hollow of one hand and against one’s thigh in moving frictional contact.”