If you’re stranded and just finished your last granola bar, you might want to give one of these insects a try 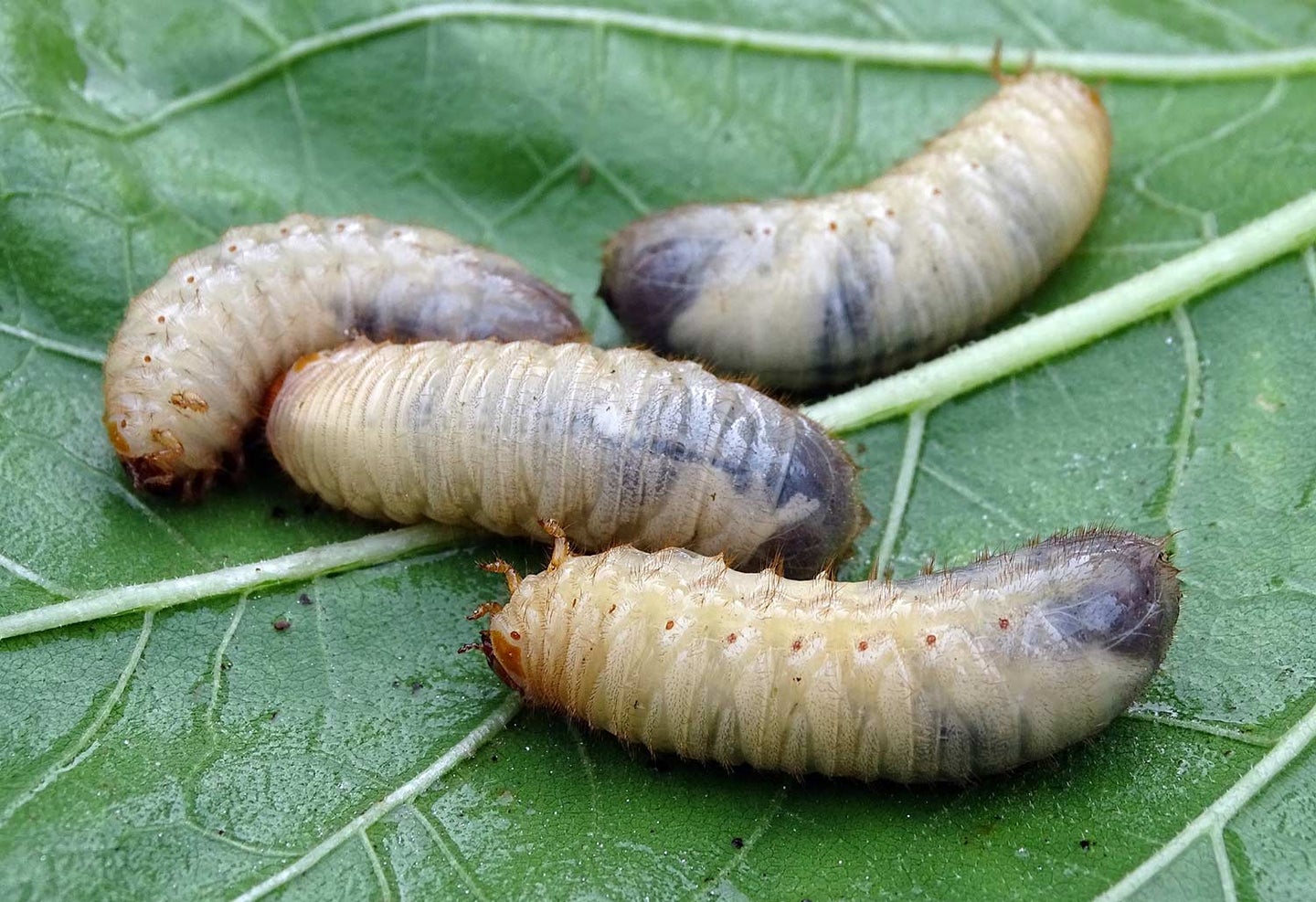 If you have to eat grubs in a survival situation, roast them. Petra Göschel from Pixabay
SHARE

A good chunk of the world are fine eating the nearly 2,000 species of edible bugs that share the globe with us. Anthropologists say early man depended on them. According to Pliny the Elder, Roman aristocrats were fond of beetle larvae reared on flour and wine. Aristotle was of the opinion that female cicada larvae when they were “full of white eggs” were the best eating. The Revised English Version of the Bible quotes Leviticus 11:22 saying, “Of these (insects) you may eat every kind of great locust, every kind of longheaded locust, every kind of green locust, and every kind of desert locust.”

What Kinds of Insects Are OK to Eat?

In a survival situation, you probably wouldn’t make it on bugs alone, despite what some sites would have you believe. But insects could certainly be an important part of what keeps you alive. Bugs are highly nutritious, with lots of proteins and vitamins and modest amounts of fat. Here are the things you should know.

First off, stay away from the brightly colored insects, especially ones that are red, yellow, and orange. Like ladybugs. Bright colors are nature’s way of advertising, “Eat me and die. I’m so nasty I don’t even have to hide.” Opt instead for the harder-to-see ones—black, green, and brown. They’re camouflaged for a reason. It’s because they’re the favorite foods of other critters. Including us. Also, stay away from bugs that emit unpleasant odors, which usually indicate toxins. An exception, paradoxically, is stink bugs, which are often eaten raw in Mexico and elsewhere. They’re said to taste strongly of anise, followed by a cinnamon aftertaste. Personally, I’ll have to take their word on that.

The rule of thumb about eating insects is to cook ’em if you got ’em. Insects harbor nasty bacteria, parasites, and other bad things. Most of these are neutralized by cooking. Also, cooking helps you distance yourself from the fact that you’re eating bugs.

Here are some bugs you can eat—and some you definitely shouldn’t.

Grasshoppers and crickets are the most widely consumed insects in the world. They’re abundant, easy to catch, and crunchy. You can catch either by hand, although it’s a fair amount of work. Find grasshoppers during the day and crickets at night. The early morning can be good for grasshoppers, as the chill slows them down. Remove the head, legs, and antennae of both. Roast them over a fire in a pan or a sheet of metal. I’ve eaten fried grasshoppers and they aren’t bad.

Ants are abundant, which is good because you’re going to need a whole lot of them to move the needle on your hunger. Find an anthill or ant hole and shove a stick in it. Once a bunch of ants starts crawling up, remove the stick and shake or dunk it in the cooking water. Cooking neutralizes the acid that ants use to subdue their prey, although it won’t hurt you. They just taste kind of sour before being cooked. Also, if eating uncooked, make really sure they’re dead so they don’t bite you on the way down. Otherwise, boil them.

Termites are widely eaten around the world, especially in places where there are termite mounds and they’re easy to catch. Because termites eat wood, they’re pretty free of toxins. Mature adults have wings and can fly. It’s easier to snag them in the larval stage. In some cultures, the queen is considered a delicacy. Like ants, termites can be eaten raw or roasted, boiled, or baked.

They’re kind of gross and slimy, but in a survival scenario they’ll do. Pick apart rotting logs and look through leaf litter. Roasting the little suckers is a preferred method of preparation.

They’re definitely edible and everybody talks about how nutritious they are, but earthworms taste like—surprise—dirt, and they harbor parasites. They’re also difficult to catch in abundance. On a rainy day, however, you may find a bunch coming out. I haven’t heard of any method of cooking that makes them taste good. Boil them several times and squeeze to remove the contents of their stomachs. You can also roast them, pound them into a powder, and add the powder to other foods.

Widely eaten around the world, especially in places where they come in swarms, locusts are a lot like grasshoppers, which do not swarm. Cook similarly, roasting, after you’re removed the head, wings, legs, and antennae. It sounds like there wouldn’t be much left, but a locust body can be fairly substantial.

The “experts” tell you to make a trap and bait it with something sweet. Personally, if I have something sweet in a survival situation, I’ll have eaten it long before I’m thinking about eating wasps. And collecting them sounds like a great way to make a crisis that much worse.

Unmistakable and considered quite tasty among bugs. In Indonesia, people take a stick, smear it in any kind of sticky sap, and then snag the flies out of the air. It’s not like you have anything else to do. You can also make a “net” out of a tee shirt and some branches and get them that way. Remove the wings and roast or fry some up.

Try to schedule your wilderness emergency to coincide with the two-,five-, or 17-year cycle of these insects. This is when you’ll see the most of them. They’re best just after molting, when the young adults are most tender and flavorful. Cook like a grasshopper or locust.

Read Next: The 10 Worst Insect Stings in the Wild

Bugs That You Should Not Eat in a Survival Situation

Generally speaking, the bugs you want to watch out for are the following:

Some are OK; others feed on poisonous mushrooms, which is not cool. And it’s apparently very hard to know which.

These are eaten in Mexico and elsewhere. And they’re presumably collected by folks who know how to do it. You are not among these people.

Caterpillars are widely eaten worldwide, but it’s another case of know your critter. You definitely want to stay away from colorful, hairy ones. Eat the wrong kind and the side effects range from upset stomach to extreme pain to death.

I learned a lot writing this article. My chief takeaway was a renewed determination never to get lost.