5 Mistakes That Can Get Preppers Killed

If you’re planning to outlast the apocalypse, you’ll want to avoid these pitfalls 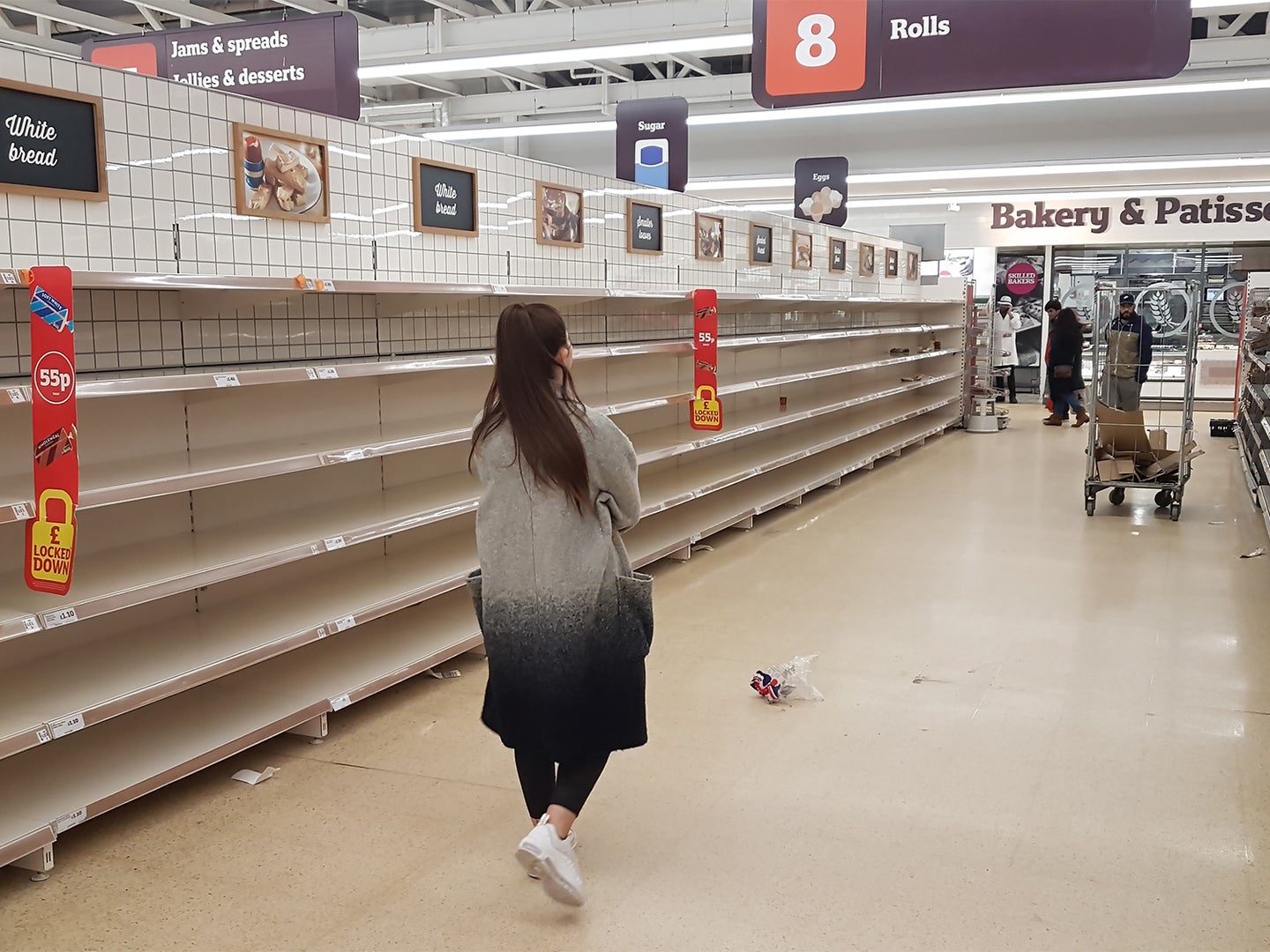 An empty aisle in a grocery store in March 2020 during the Coronavirus pandemic. Wirestock via Deposit Photos
SHARE

This year, 2020, will be written into the history books as the year the world went insane.

Things are bad right now. Maybe they will get better; I sure hope so. But, it’s 50-50 and they have just as good of a chance of getting worse. If you’re smart, you are taking charge of your own life and making some preparations.

Prepping has gone from something the enlightened snickered at to being mainstream. The trouble is, there are a lot of internet “experts” out there who are stuck on stupid. Listening to them can wind up getting you killed. Here are a few more mistakes that can do that, too.

A while back a young man contacted me about a gun repair issue. I explained it as best I could while answering his questions. I spent half an hour on the phone with him, and at the end of our call, I said, “All this is explained in great detail, with photos, in my book Gunsmithing Made Easy.” I even offered him a friends-and-family discount.

“Oh that’s OK, I’ll just look on YouTube,” he said, before hanging up.

I know, it’s a generational thing. Nobody reads books anymore. They go to YouTube to learn what they need to know, but that can get you killed as a prepper.

Why? It’s simple. If there is a meltdown, the internet, including YouTube, will probably be gone. What are you going to do then? Where will you find information to learn to plant a garden, purify water, treat an infected leg, stitch a wound, deliver a baby, milk a cow, or fix a broken gun?

The government can’t turn off the books on your shelves. An EMP won’t make them disappear. Something as simple as a tree falling on a power line won’t render them useless. The more reference and how-to books you have, the better your chance for survival.

Yeah I know, books are a stupid, antiquated, boomer idea. Except that books have a vetting process with editors and publishers, so the odds are the information came from a real expert as opposed to some guy with a smartphone living in his mom’s basement.

Those books will also be around to use for reference for as long as you need them. So when you’re panicked about why your buddy is puking his guts out after drinking from a river, you can look it up.

Mistake 2: Stock Up On The Wrong Kind of Ammo

As I write this we are experiencing another national panic (does it really matter which one?). I talked to a buddy who runs a local gun store and he said, “I had 50,000 rounds of 9mm ammo last Friday.”

“What are they buying,” I asked, always the gun nerd.

“The cheapest hardball I have,” he replied. “Nothing else will sell.”

That buying attitude can get you killed. I know the numbers look great when you brag to your buddy about how you have xxxx-thousands of rounds stored in your shed. But stop and think. What happens if you have to fight for your life with that ammo? Do you really want the cheapest stuff on the shelf? Is that what your life is worth?

It’s better to buy less ammo and buy good ammo. Cheap, bulk hardball is great for practice. It’s also good for bartering after the lights go out and money’s only value is as toilet paper. What it’s not good for is fighting.

Yeah, the military uses hardball. That’s because a bunch of politicians decided that it’s ok to shoot somebody in a war, but you must do it with bullets that won’t hurt them as much. I might also point out that when the Hague Convention banned expanding bullets, most of our military was armed with 45-caliber rifles.

Besides, civilians are not bound by that treaty. We can use any damn bullet we want. Remember too that we are talking about prepping here. There will be no government, no police, no rules. Fight fair and you die.

Use the cheap ammo for training (You do train, right?), and buy good ammo with expanding bullets designed for self-defense to use after TSHTF.

I get it, guns are cool. I fully endorse buying all you can. Even the cheap guns. You can never have too many.

But, you should have, at the minimum, a rifle and a handgun dedicated to survival. They should both be semi-automatic and magazine fed. They should be common guns chambered in a common centerfire cartridge so that parts and ammo will be available after the world as we know it disappears. Make sure they are of high quality. Don’t cheap out. Also, don’t put them away because you’re afraid you will wear them out. Good guns are meant to be shot and you won’t wear them out easily.

Even if you do, you can buy another. In fact, a spare is a very good idea for preppers. Another good idea is to always have a bag of spare parts for them.

You can be sure that somebody out there is training with his guns with the intention of taking what you have.

Shoot your guns until you are better than he is.

Mistake 4: Train With One Kind of Gun Only

Time and again at self-defense courses I encounter people who believe that they should pick one “platform” (gunspeak for a particular gun design, like a GLOCK or 1911 handgun or an AR-15 rifle) and stick with that exclusively. Their reasoning is that in the fog of war when you are full of adrenaline and running on muscle memory alone, you’ll still be able to function with that gun. They believe that shooting other types of guns will confuse their subconscious and cause them to forget how to run their firearm. I remember one guy I met who wouldn’t even touch a different gun for fear it would somehow damage his brain. I figured it was already damaged.

Read Next: The 15 Best Personal Defense Ammo for Handguns, Rifles, and Shotguns

What happens if you no longer have access to your “platform?” How are you going to survive with a gun you have no idea how to operate, in the middle of a fast-breaking situation, with bad guys trying to kill you? The simple answer is; you aren’t. You will die.

A true gun guy knows that the more you know, the better your chances are for survival. I know some of the most elite of the Special Forces in our military. These are the guys who have been in a lot of gunfights and in a lot of bad situations, and I can tell you that they can run any gun they pick up. Never pass up a chance to shoot a different gun.

Mistake 5: Bug Out at the First Sign of Trouble

So what’s your plan? To head for the hills? I met a woman at a party a while back. She told me how concerned she is about things going bad. Then, because I was trapped at the table with her, she told me her plans. She is going to leave her house in New York State with no real planning or any gear. She is going to meet her daughter and two young grandchildren at a state campground, because to her, “that’s out in the boonies where it’s safe.” She has no camping gear or camping experience, which probably doesn’t matter much because she has no plans on what to do for shelter, food, or security after they arrive. The only thing she is certain of is that they must “head for the hills.”

I asked about guns.

Just to be clear, if it all falls apart and she follows her plan, that lady is going to die very quickly. In fact, there will be a multitude of “causes of death” lining up for a chance at glory. I doubt she’ll make it a week.

Let’s get one thing straight, for most people “bugging out” is a foolish idea. You should only do that if absolutely forced. Everything you have is at home; your food, your guns, the things you’re familiar with. Why do you want to leave that? For some romantic notion about living off the land? That will get you killed.

I have been hunting, camping, fishing, trapping, and kicking about the woods for well over half a century. For almost forty years, I have made my living writing about those things. I’ll wager my wilderness skills are several times higher than the average guy who is going to “head for the hills,” and I doubt I could live off the land and thrive for very long. How is he going to make out?

Having a bug-out plan is good. But you must have a plan. Have a place in mind where you have shelter, water, food, and security. A place where you can survive.

Besides, like a lot of other people who have thought this through, I already live in the hills. If you come here, all hungry and desperate, and try to take our stuff?

That will get you killed.