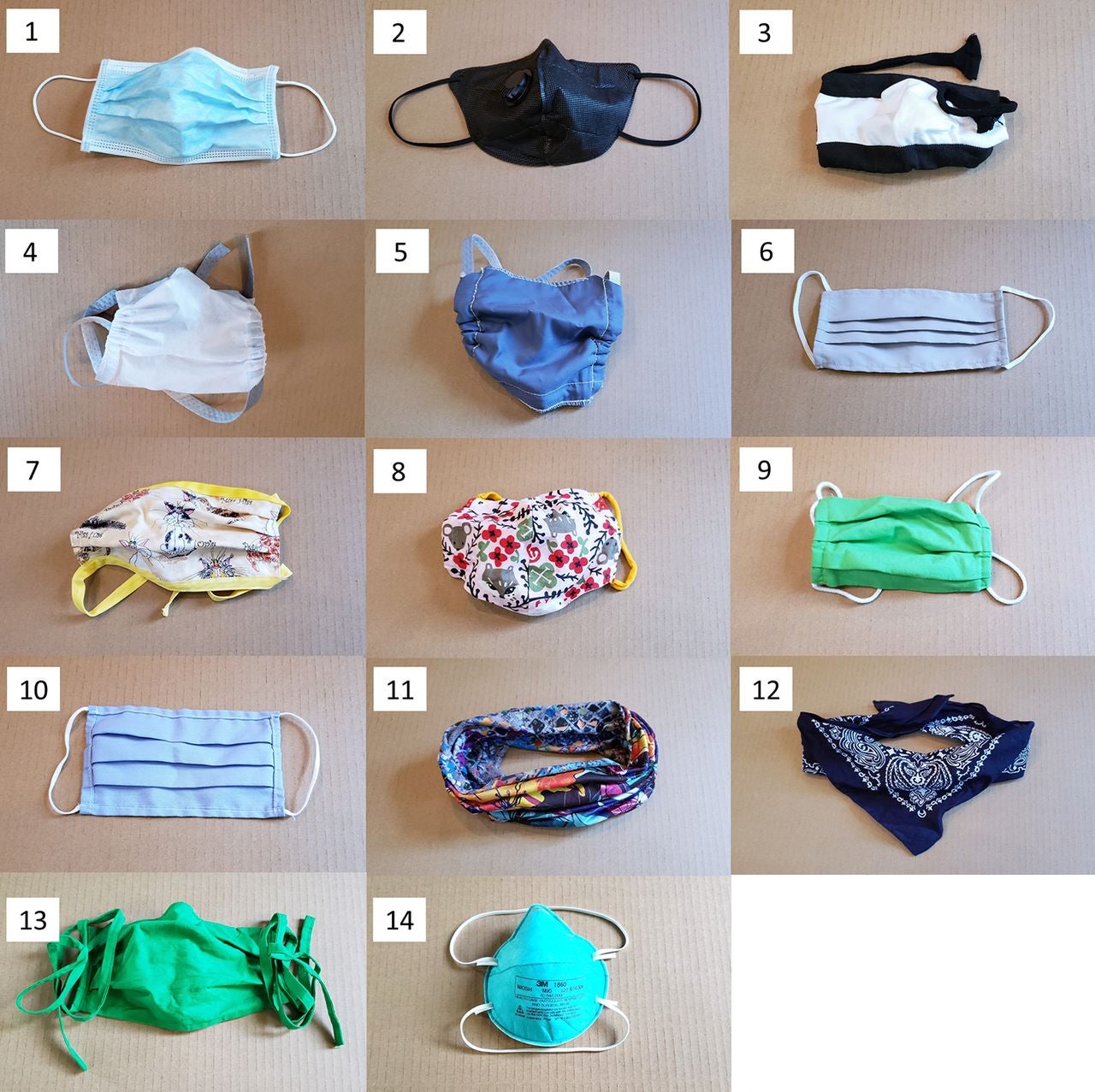 The different types of masks the Duke researchers studied (not in order of efficacy). Science Advances
SHARE

Finding a facemask during the early days of the COVID-19 pandemic wasn’t difficult for me—and it probably wasn’t difficult for a lot of other sportsmen and women. We all have worn masks for a long time. Personally, I have two or three turkey hunting masks, a neck buff for fishing, a few bandanas, and a heavy-duty ski mask for cold late-season hunts. So when my local lockdown was over and it came time to step out of the house, even though I didn’t have a coveted N95 mask, I still felt covered.

But a recent study from Duke University says otherwise. On August 7, researchers published a paper describing how some masks not only underperform—but they are actually worse than wearing no mask at all.

Since the pandemic began, a fairly common sight in the outdoors has been hunters and anglers wearing fleece neck gaiters—the same kind used for sun protection—as face masks to prevent the spread of COVID-19. But according to the study, these “fleece masks,” as they’re described in the paper, may be more likely to help spread the virus than if you went maskless.

Droplets exiting the wearer’s mouth during speech got through, and because the droplets were being forced through the cloth, they spread apart into a finer mist. These finer particles linger in the air for longer periods of time than heavier, larger particles, theoretically giving more opportunity for the virus to spread. When compared to regular speech without a mask, fleece masks increased the number of droplets by 110 percent relative to the control trials. Bandanas and knitted masks also performed poorly, letting more droplets enter the air during speech than a surgical mask or N95 would. They also found that mask fit was important.

Researchers used a simple test to figure out how each mask performed. They took 14 types of masks, one patch of mask material, and a professionally fitted N95 mask and had someone wear a speak through each of them for 40 seconds into a black box with a laser shining through it. The laser illuminated water droplets coming through the mask from the speaker’s mouth so that researchers could capture them on video. They then used a computer algorithm to count the droplets. For some of the masks, up to four different speakers tried the same test, and for each mask, they had a control trial where the speaker would wear no mask and talk into the box.

While this study serves as a demonstration, it is not a clinical trial. Researchers wrote that more conclusive tests could be done. For example, more wearers could be used to represent how masks fit people differently, and different speech patterns could be introduced to further test the efficacy of the masks. Other limitations include the sensitivity of the camera (they were using a cell phone camera, and a better camera would pick up even more droplets) and the laser only illuminated a portion of the box where droplets were coming in. Also, to test things like breathing—instead of talking, coughing, or sneezing—more sensitive equipment would be required.

Still, the test serves as a good baseline for more research, and it’s hard to argue that some masks are just not as good as others at keeping droplets from entering the air. (Some could even be worse than not wearing one at all.) The good news is that disposable three-layer surgical masks work almost as well as an N95. Some home-made cotton masks did also perform well, especially when they fit properly with no large gaps. When it comes to choosing a good cotton mask, it helps to use common sense. Professor Warren Warren, one of the co-authors of the study said in a Boston Globe interview that the thinness of a mask is what prevents it from being effective. If you can hold a mask up to the light and see through it, or can easily blow through it, it’s probably not going to work very well.