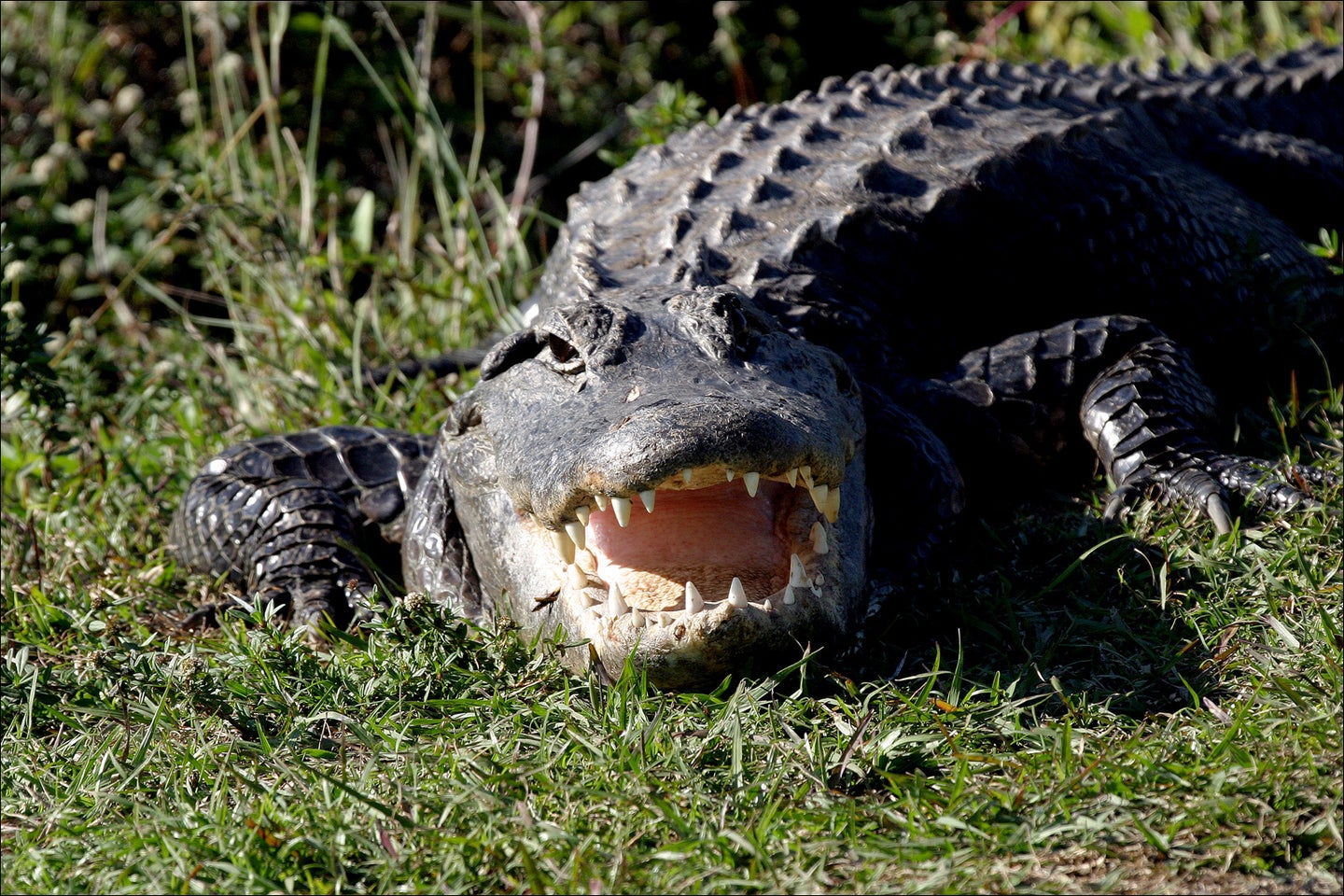 Florida has reported the state’s first fatal alligator attack since 2018. On Tuesday, May 31, a 47-year-old man was found dead in a 53-acre lake in John S. Taylor Park, which is in Largo, Florida. He was found with one of his arms torn off. Paul Cozzie, director of Parks and Conservation Resources in Pinellas County, told the NYTimes that “he died as a result of an alligator attack.”

“It appears that he went in before the park opened — unfortunately not a good time to be in any lake, but especially during alligator mating season,” said Cozzie. “[He made] a mistake that appears to have cost him his life.”

The man, whose full identity has not been released, was found dead on the bank of the lake at 8 a.m. Officials believe he was collecting errant disc golf frisbees from the lake. John S. Taylor Park has a popular disc golf course adjacent to the lake, where people often use—and lose—expensive discs. The victim of the gator attack had been stopped by park rangers attempting to enter the lake to collect discs to resell in April. The rangers told the man that he would be banned from the park if he tried to do so again. According to Cozzie, another man collecting discs had been bitten by a gator several years ago. Signs at the park warn people not to enter the lake. The recent fatality has caused some officials to suggest relocating one of the disc golf course holes, which is 25 to 50 feet from the water.

Florida is home to an estimated 1.3 million alligators. The big reptiles live in all 67 counties in the Sunshine State. During mating season, which typically occurs in May and June, gators often become more territorial and aggressive. Still, attacks on humans are relatively rare. Before this attack, Florida hadn’t recorded an alligator-related fatality in four years. Before this week, the most recent fatality was a woman who died in an apparent alligator attack while walking her dogs in Davie, Florida, in June 2018.

Read Next: Woman Gored, Tossed 10-Feet in the Air by Bison in Yellowstone National Park

A necropsy is being performed on the recent victim to confirm that an alligator was responsible for his death. Later in the day on Tuesday, officials captured and killed an alligator that was found in the general vicinity of the attack.