Two Alligators Attack and Kill a Woman in Florida

The incident marks the third fatal alligator attack in the U.S. this year 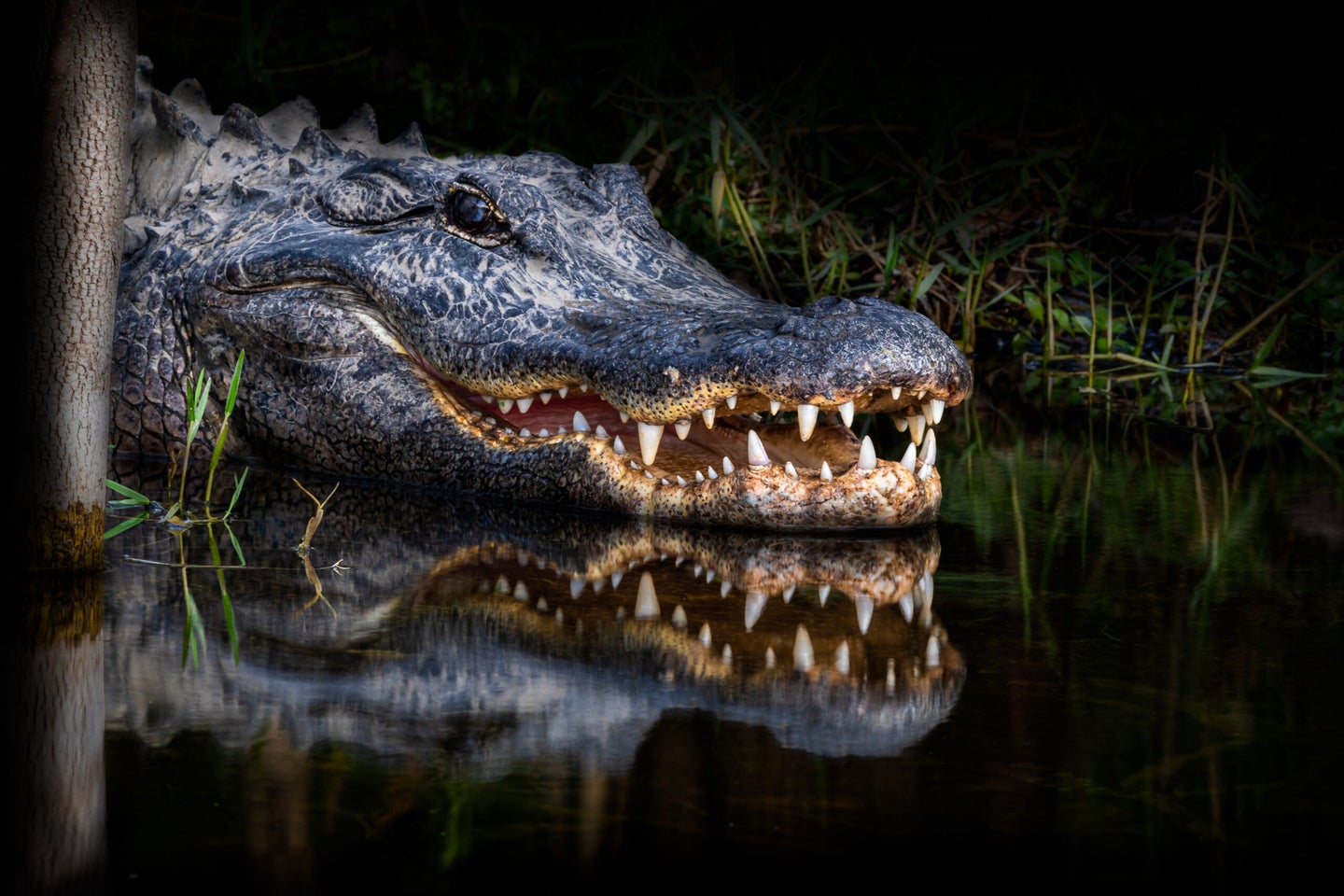 Alligators are found in every Florida county. Troy Harrison via Getty Images
SHARE

One woman died and two gators were killed after a fatal incident in Florida over the weekend. Rose Marie Wiegand, an 80-year-old woman, fell in a golf course pond Friday night on The Sunshine State’s west coast. According to authorities, two alligators attacked her as she floundered in the water and ultimately killed her. She was pronounced dead at the scene.

The attack occurred at Boca Royale Golf and Country Club in Englewood. The district’s medical examiner declared the official cause of death to be a bruised and dislocated spine.

The Florida Fish and Wildlife Conservation Commission (FWC) sent a trapper to respond to the incident. The contractor removed and euthanized an 8-foot, 10-inch alligator and a 7-foot, 7-inch alligator.

According to the FWC, alligators live in all 67 counties in Florida. The state has an estimated total gator population of 1.3 million. Alligators can grow to over 14 feet long and weigh over 1,000 pounds. They’re considered “opportunistic feeders,” meaning they prey upon whatever food sources they come across.

This incident marks the third fatal gator attack in the U.S. so far this year. In May, an alligator was suspected in the death of a man collecting frisbees from a lake in Largo, Florida. In June, an 11-foot alligator killed a man in South Carolina.